The input Dataset should contain columns (at least two) of type numeric, double or integer in order to compute the correlation between these variables. 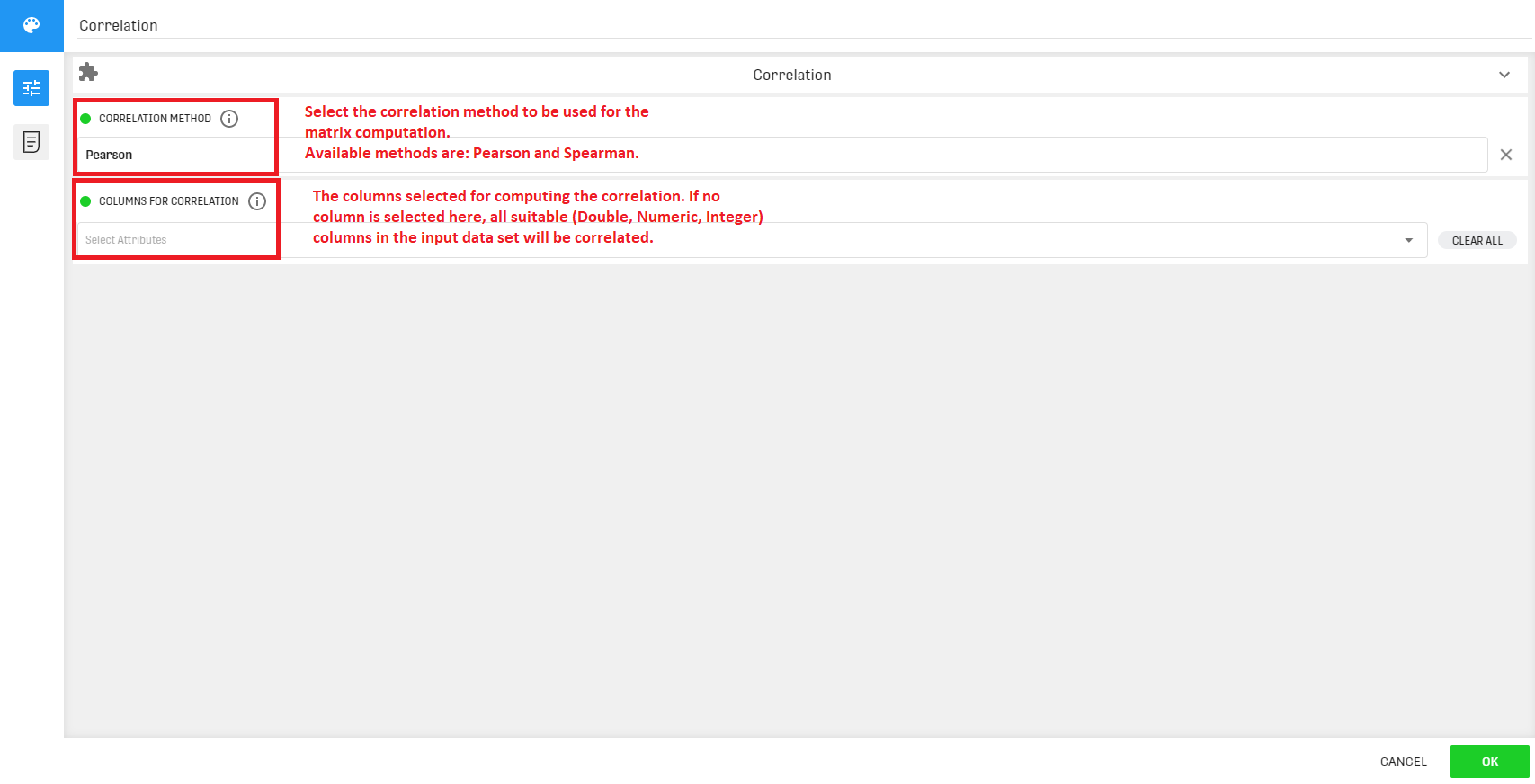 The output correlation matrix is presented in two different ways:

In this example we want to compute the Pearson correlation between selected numeric variables included in a dataset containing different companies along with corresponding relevant numbers (sales, profit..). 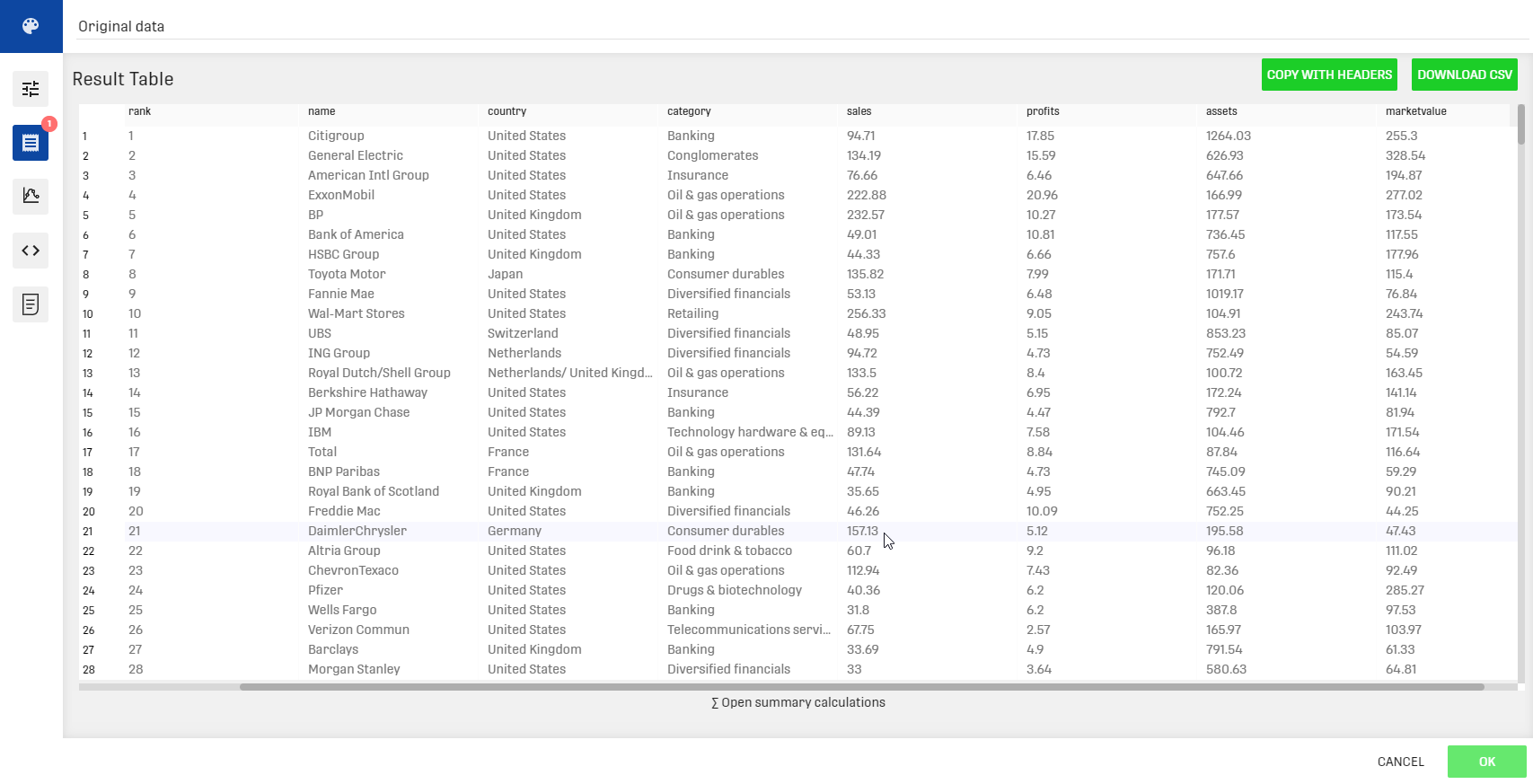 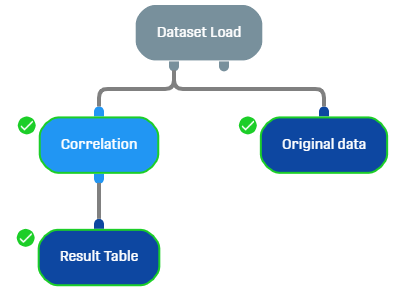 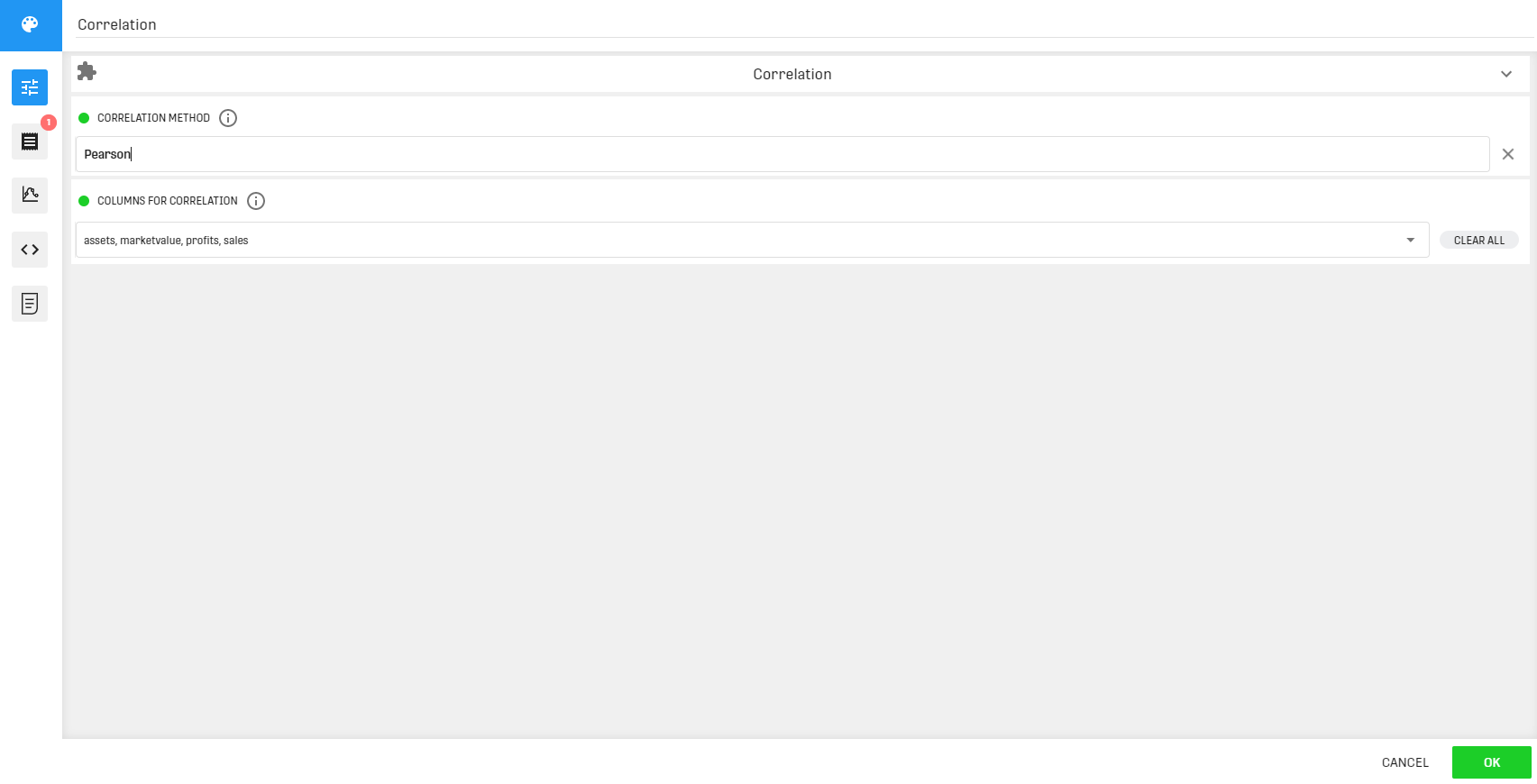 We chose the Pearson correlation method and selected all columns containing numeric values. 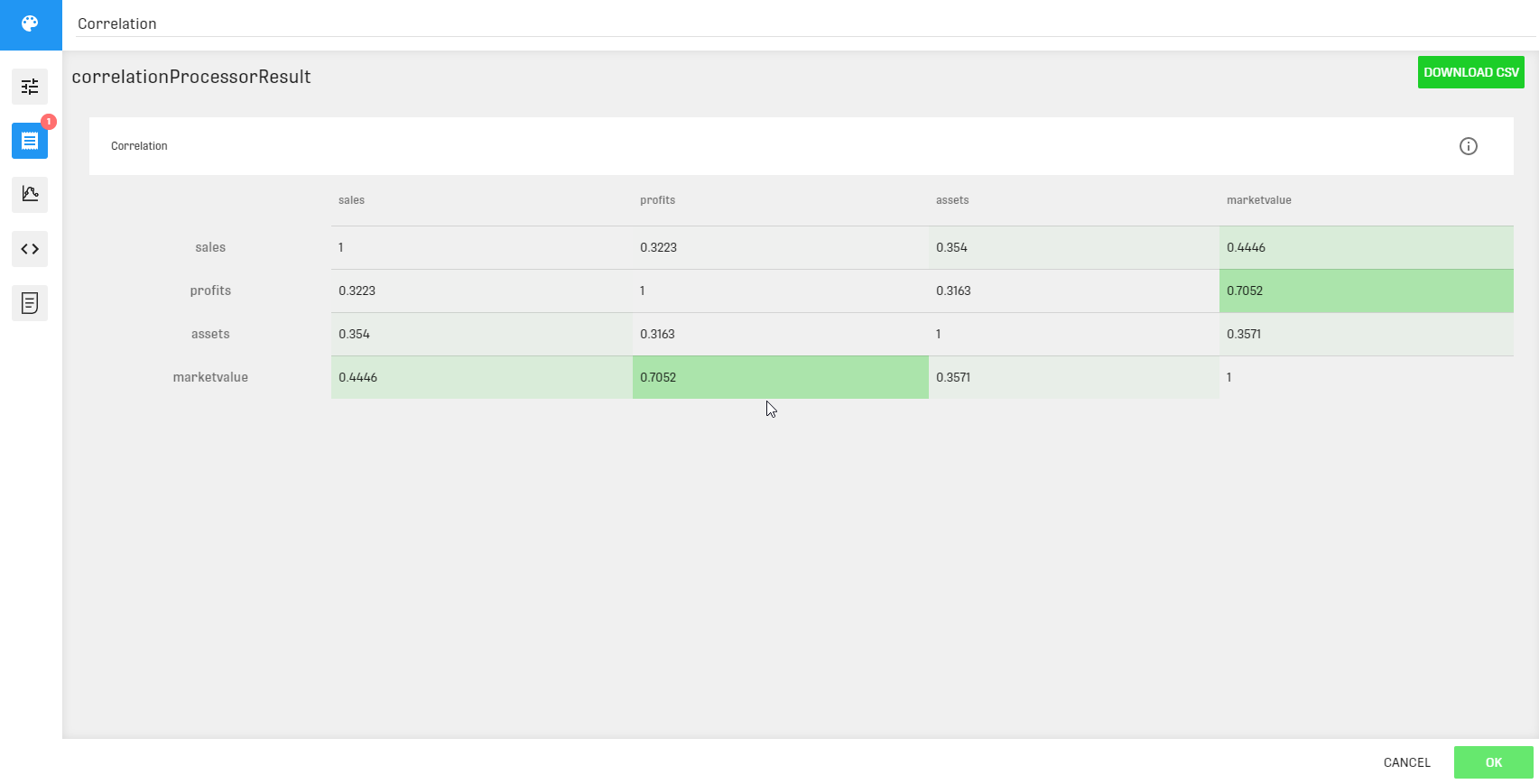 The result table can be useful in case the difference in green can't be spotted. Using the result table, the correlation values can be easily sorted.