The Decision Tree Regression Processor creates a decision tree for regression out of the input dataset.

Regression is a statistical measurement that attempts to estimate the relationship between one dependent variable (usually denoted by Y) and a series of other changing variables (known as independent variables).

For more information about regression, use the following link.

The processor works on any dataset that contains at least one numeric variable, that is to be the dependent variable (the one to estimate). 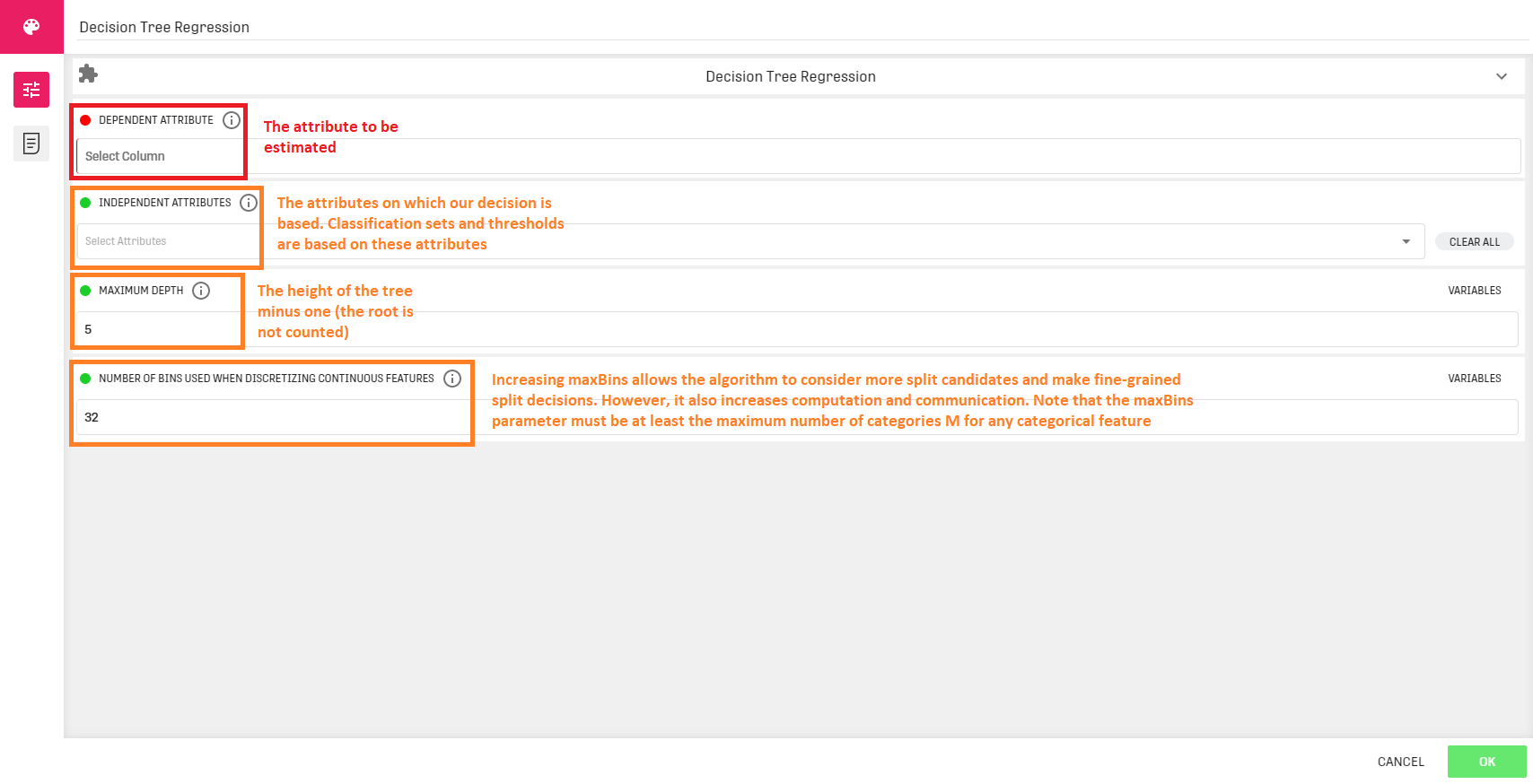 Note that the prediction in the decision tree and in the output table may not be equal. This will be further explained by the following example. Also keep in mind that, just because no errors are shown, that doesn't mean the regression is reasonable. It depends on the choice of the independent variables. 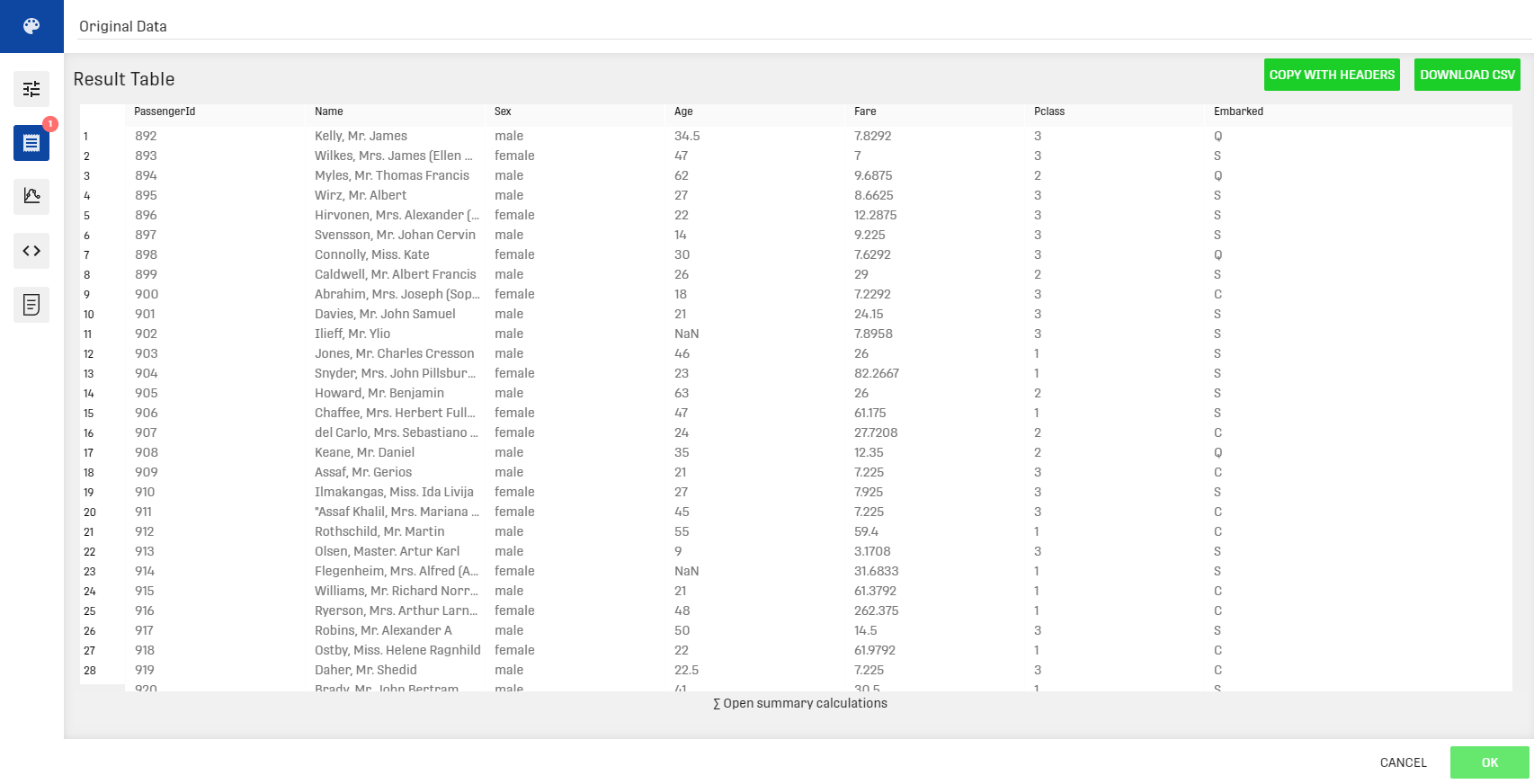 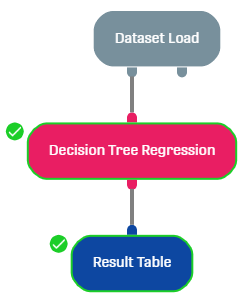 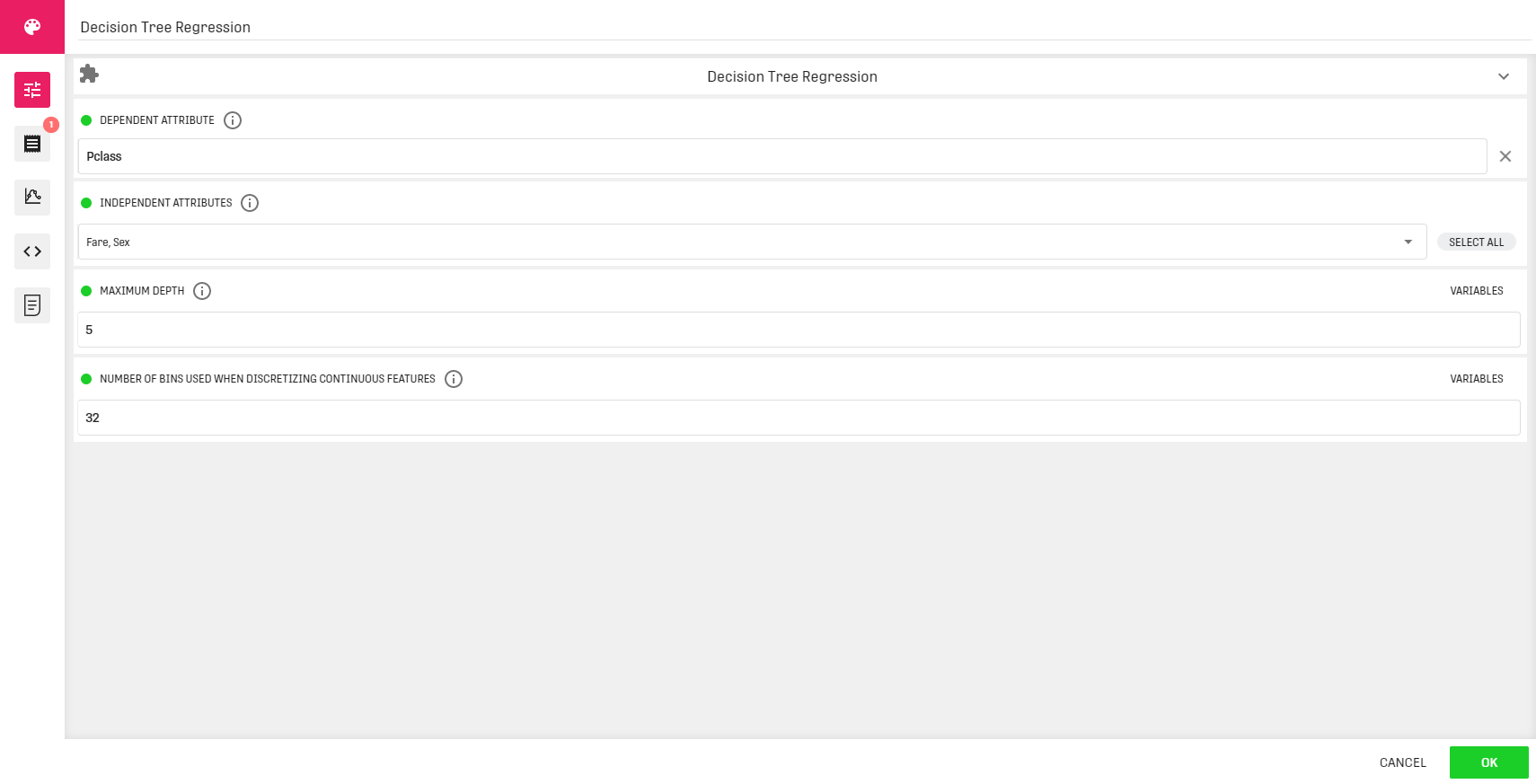 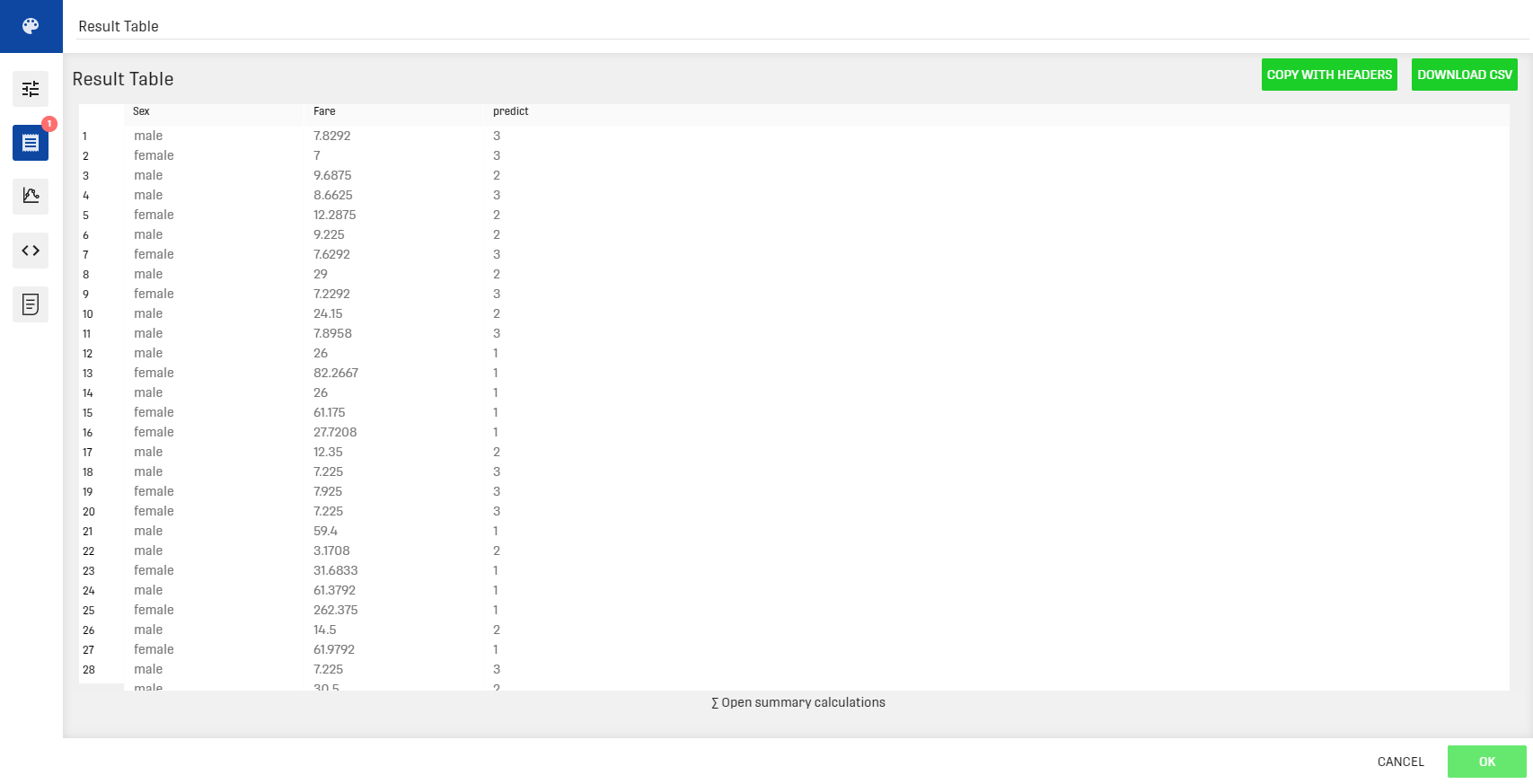 The prediction is outputted in the added column named "predict" along with the specified independent variables.

Notice here that the prediction within the tree is a float number, that is the immediate result of the algorithm. However, in the result table it is converted to an integer, which is the desired format of the result.

For further explanation, here in the result tree, the passengers with a fare inferior to the value 7.13749999..

Now if we try to select only the passengers with the mentioned fare value (inferior to 7.13749999..) the result table will be as follows:

In the second result table the prediction value 2.556 is rounded to 2 for male passengers.