The Decision Tree Classification Forecast Processor generates a forecast for a categorical dependent variable based on a learned decision tree.

In the decision tree algorithm, the original input data is split into various partitions based on an impurity criterion. The impurity measure splits the data by creating homogeneous data points within one node with regard to the output variable.

Further Information about decision trees can be found in the following link. 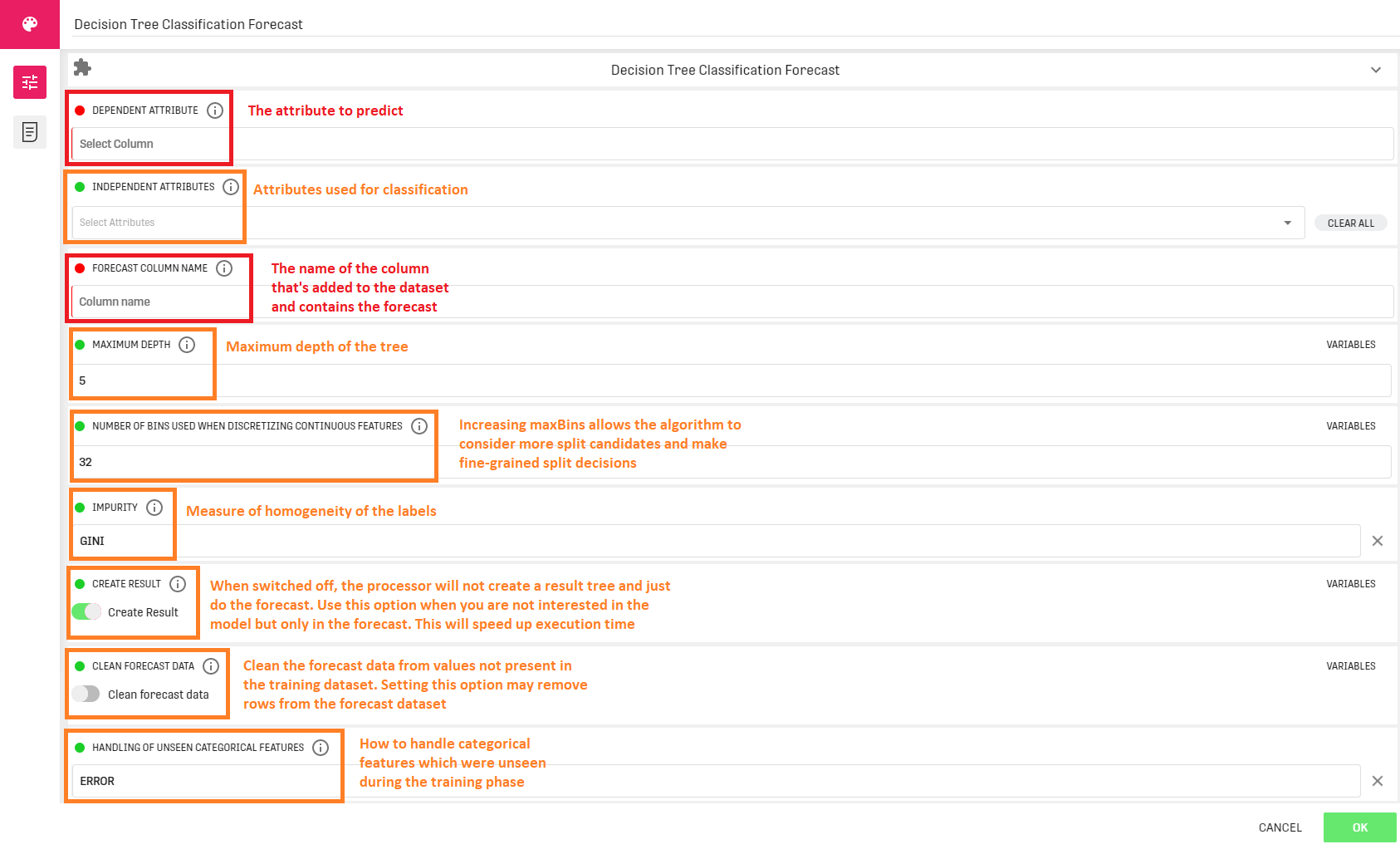 In this example, the input dataset represents information about train passengers (Name, Class, Age...). The goal is to build a decision tree that predicts the passenger's sex using the fare column. 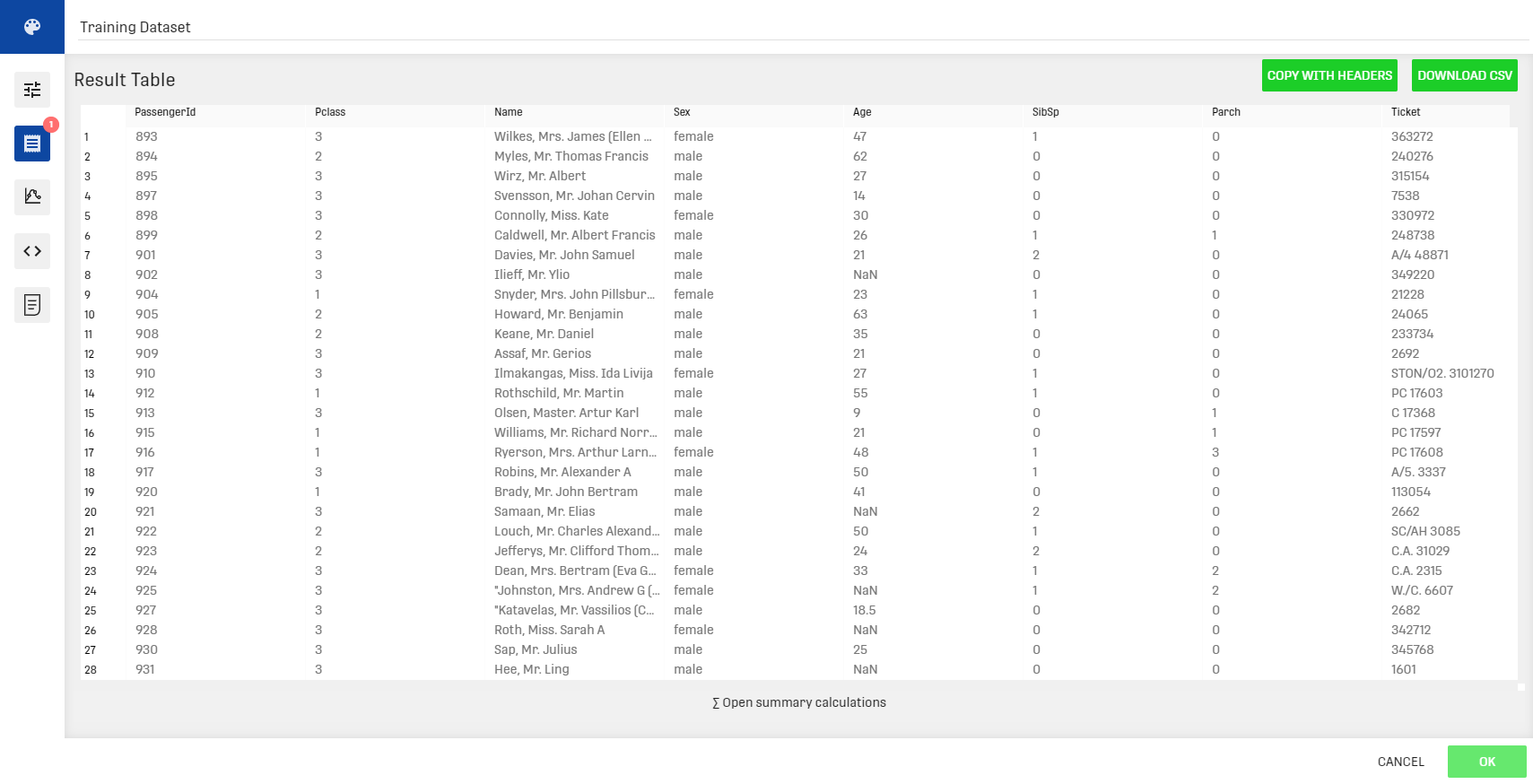 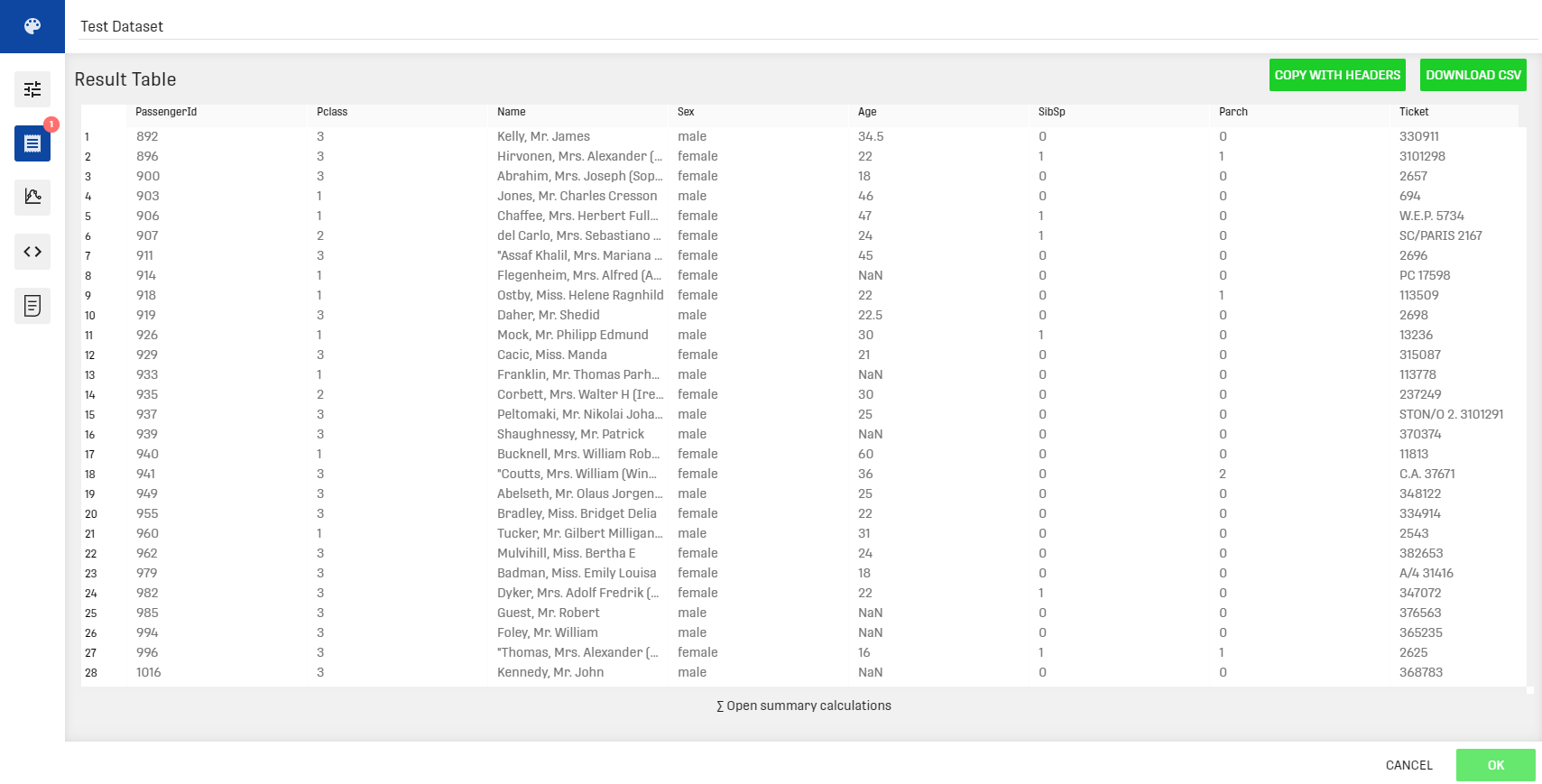 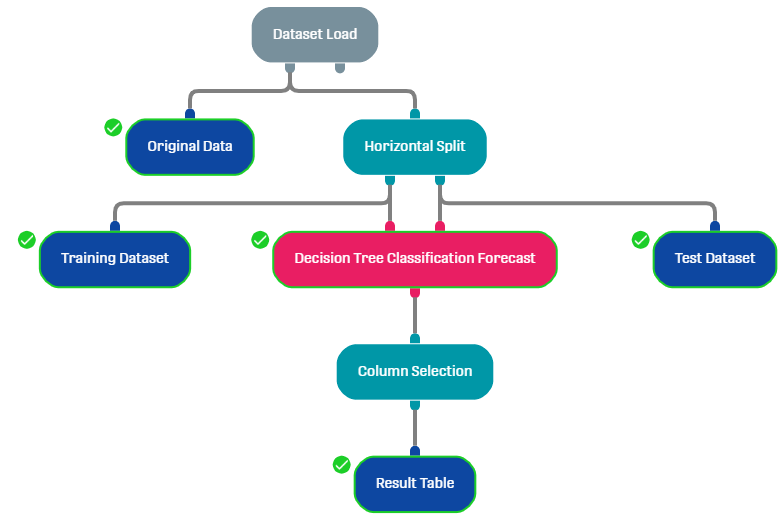 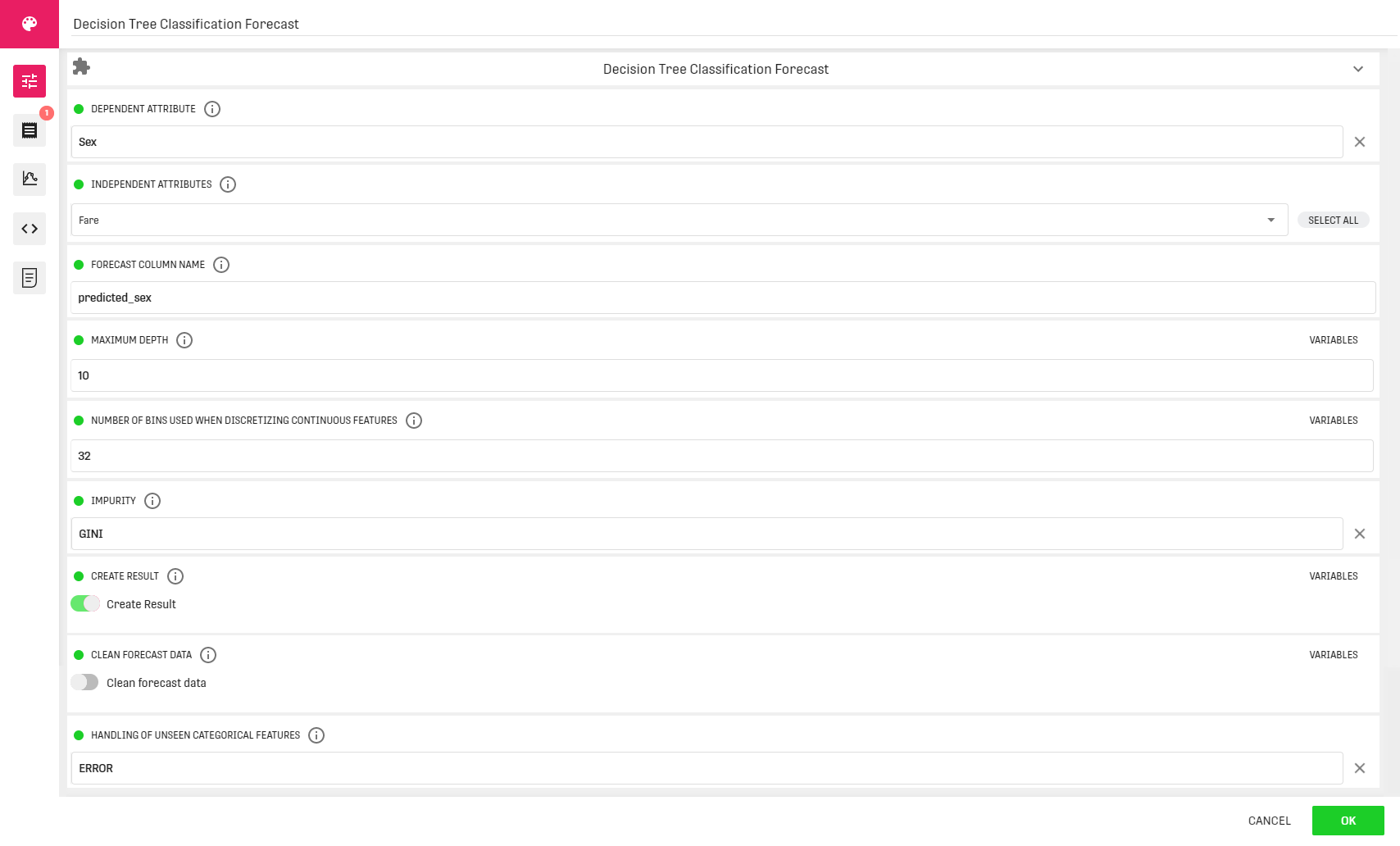 Note that we are using the GINI Impurity in this example. Using the Entropy impurity will have the same configuration. 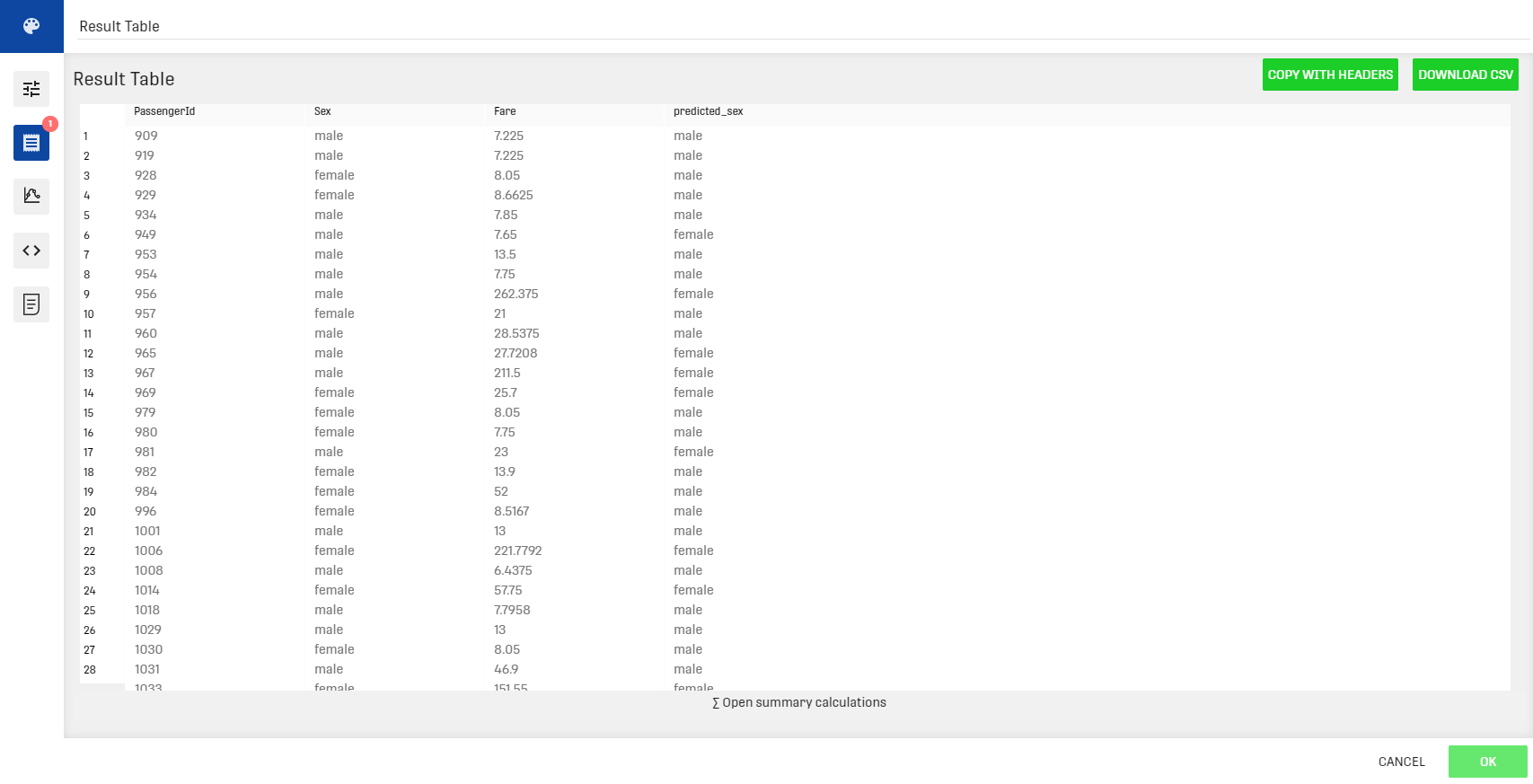