The input table should contain the JSON or XML text to parse. It can have multiple columns. The column to parse is specified by the Processor.

The output table contains the result corresponding to the XPATH / JSONPATH expressions specified in the Processor configuration. Each expression result is stored in a separate column. 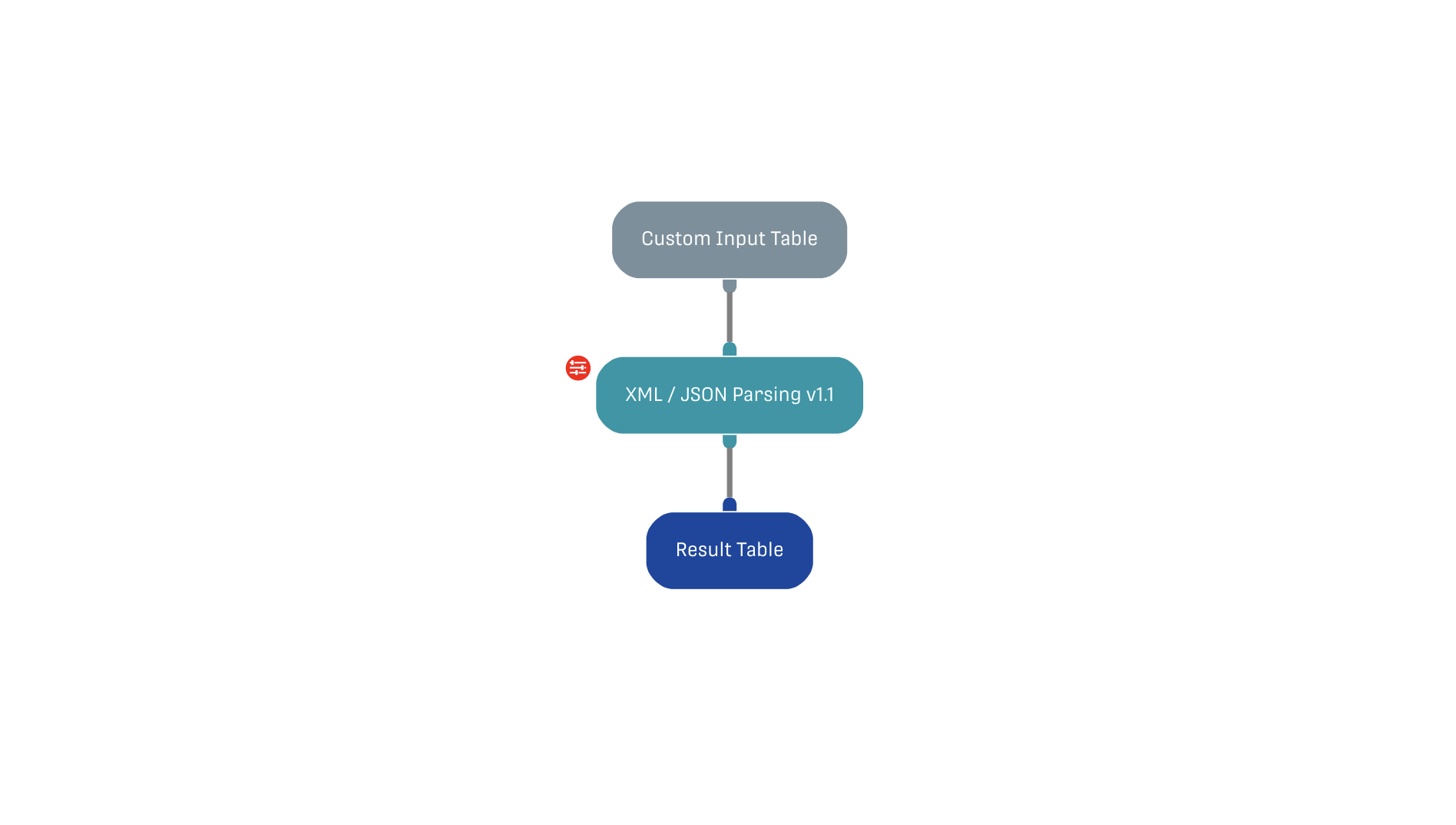 The input table is composed of two columns:

The used code is shown bellow:

As mentioned above we first add the objects above into the Custom Input Table Processor as will be shown. WE used two parsers respectively for both the JSON and XML columns, and added two paths in each parser resulting in two output columns.

In this example we set up our Custom Input Table with the two JSON example objects we provide above. the configuration is shown below:

We seek to retrieve all instances under "title" contained in both JSON objects, and so we use the following JSON objects for our parsing processor:

We obtain the following output:

In this example we again paste the XML object into the Custom Input Table processor as shown below:

We seek to select the recipient of the letter embodied by the XML object (denoted by "to"). We use the following configuration:

We obtain the following output:

For the upcoming examples, we'll be using the following input JSON code

In case the result is a single string, the Processor removes the unwanted quotes.

The following figures show the Processor configuration for the JSON path expression and the results in both versions 1.1 and 1.2

If a JSONPATH query does not match and has no result, the Processor will add NULL into the cell instead of dropping the whole row

This upgrade can help overcome multiple issues faced with the old version of the Processor.

Version 1.1 fails to handle cases where the column containing JSON had missing values (empty strings, NULL). It requires that all XPATH / JSONPATH expressions specified in the Processor configuration must return a non-empty result in every row of the input column.
If this condition is not fulfilled, the Processor fails to execute.

For the upcoming examples, we'll be using the following input JSON code

In case you are referencing an empty array with the used jsonpath expressison, the previous versions of the processor dropped the entire row.

The updated version v1.3 no longer drops the entire row, but provides a NULL value as a result of the query.

The follwing figures show the processor configuration for the JSON path expression and the results in both versions 1.1/1.2 and 1.3. 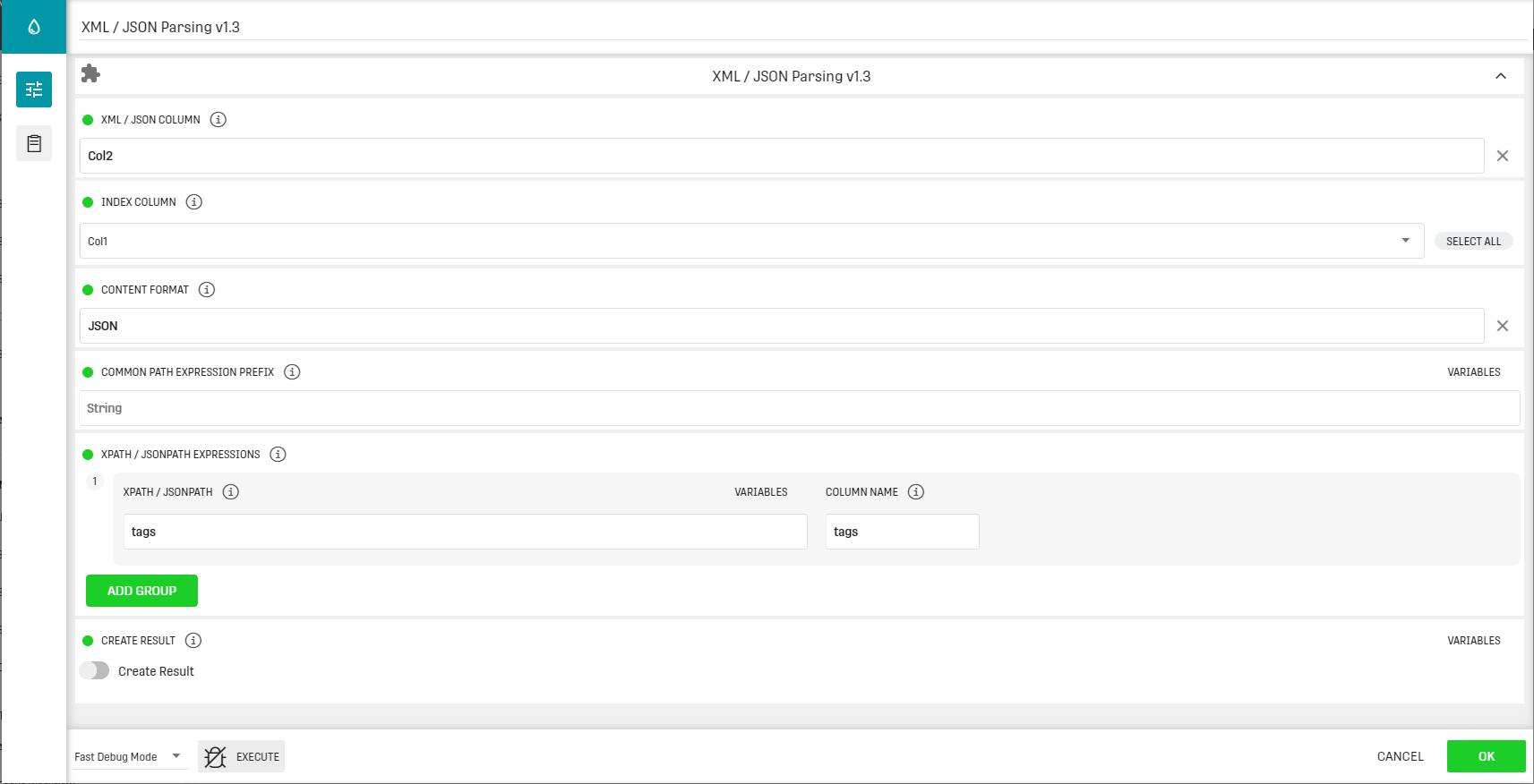