The Ordering Processor can be used to sort a dataset in ascending order based on up to three columns.

This processor can operate on any input Dataset. 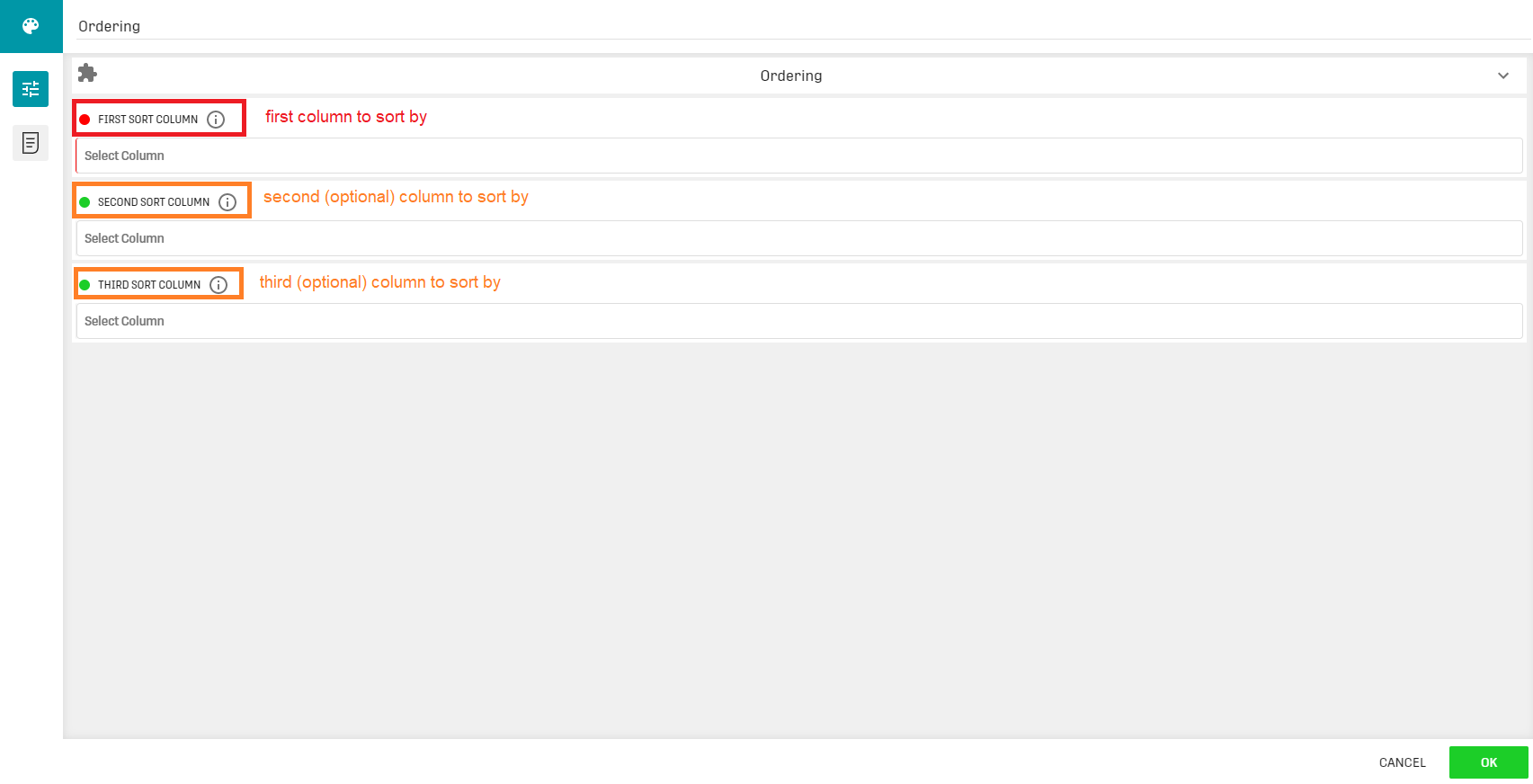 This processor returns the entries from the input Dataset sorted according to the selected column(s).

In the following example the Ordering processor will be used to sort a simple Dataset of customers created by a Custom Input Table: