The input dataset should have one or more columns containing observations that can be decomposed into sequences of pairs.

The output table can be viewed under the result tab within the processor. It contains three columns:

In this example, we try to generate the different sub-sequences along with their respective frequencies from three input columns having sequences of integers as entries. The input table is shown below. 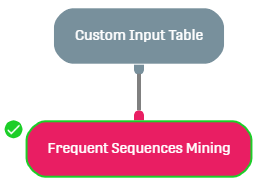 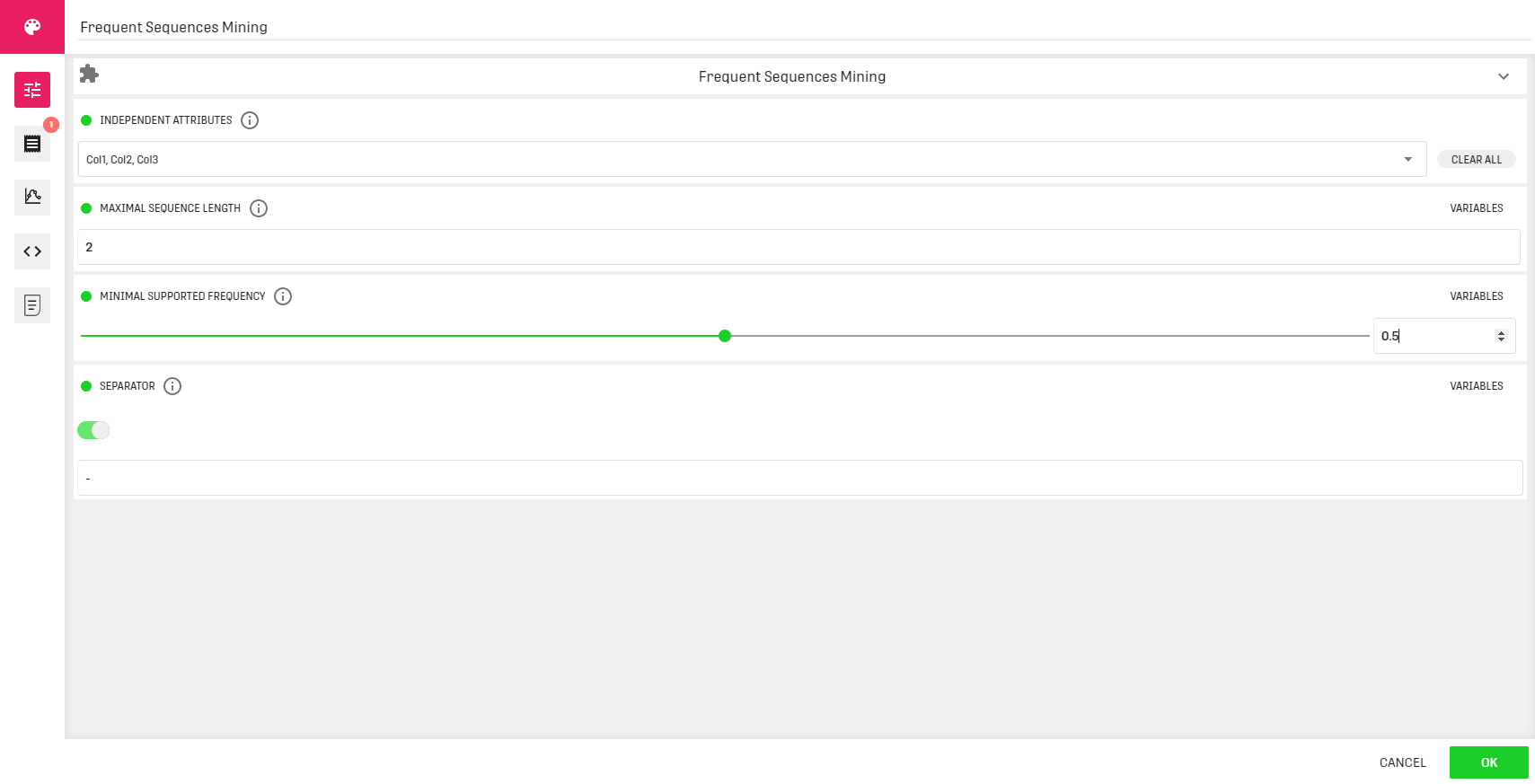 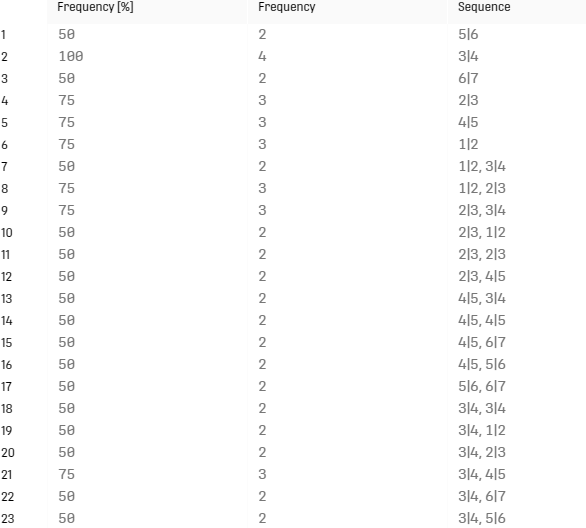 To sum up, the output sequences are tuples of pairs (the order is important), extracted from all columns combined.

The following example makes it easier to understand the case of having more than one independent attribute in the configuration. Here we set the minimal supported frequency to 1, meaning that the sequence has to be found in every single line of the input dataset, all columns' content combined. The result table is as follows:

Only one sequence of length 1 verifies the described condition.