This processor is used to convert the input to complete GeoJSON and output it as result.

NOTE THAT: all these columns must be of type String 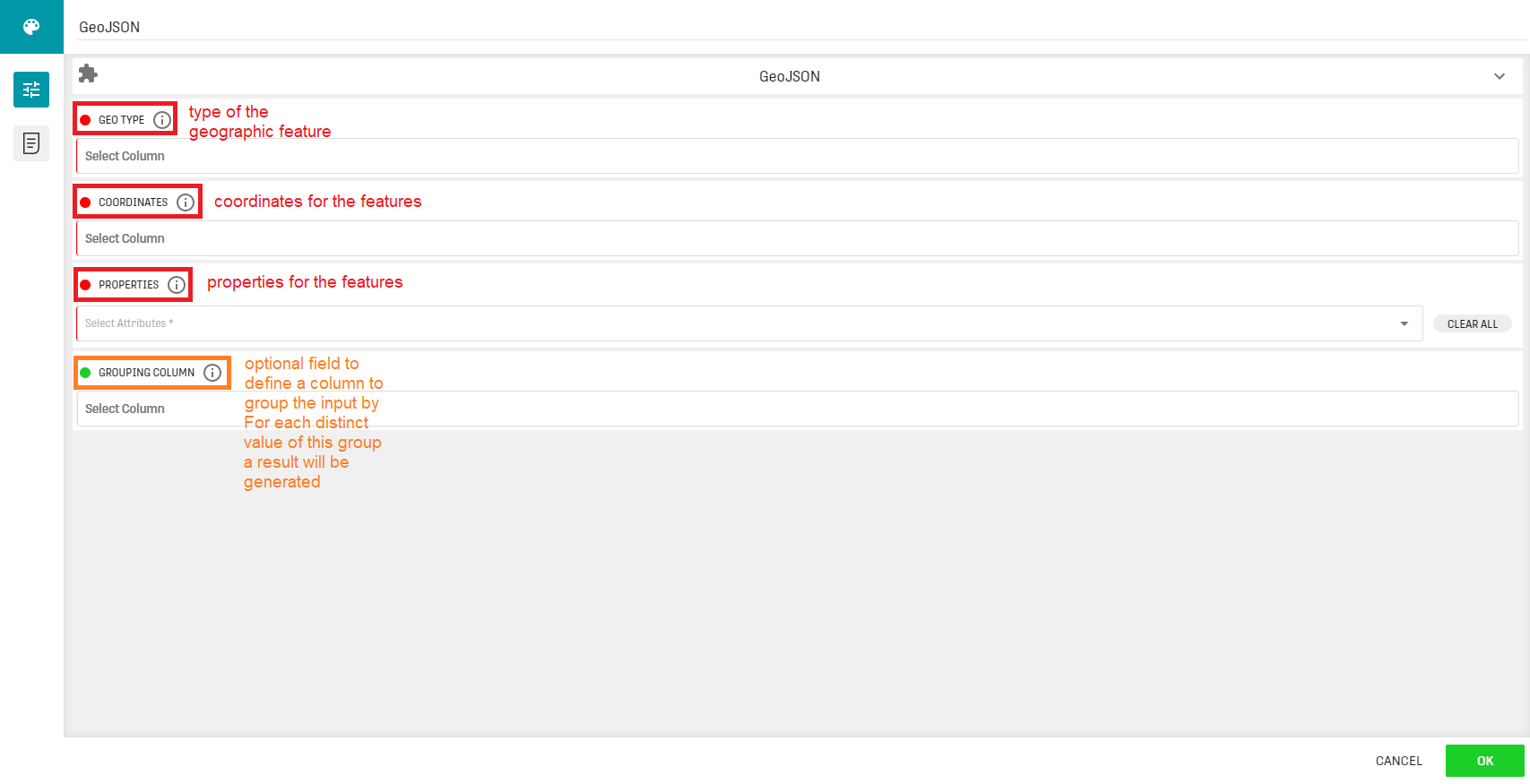 All the non parsed features are accessible via the "Warnings" tab.

In this example a Custom Input Table will be used to feed Data into a GeoJSON processor:

NOTE THAT: the first entry from the last row was intentionally given as "LineStrin" for to be not parsed

The processor was configured as follows: 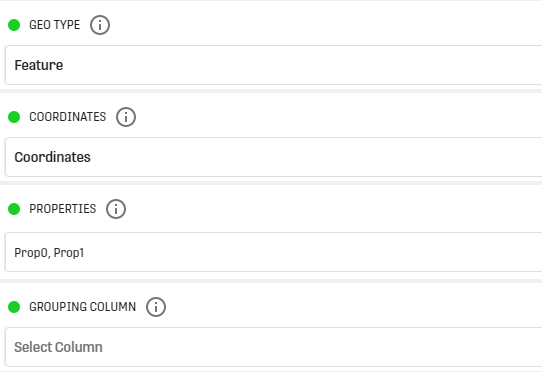 After running the Workflow and opening the GeoJSON processor, the output should look like:

The processor was able to parse four entries out of five since the last entry was written in a wrong manner.

To sum-up, there were three points defined in the input table (these points are defined by circles) and a correct defined line (close to "Malaysia"). The other line was not correctly parsed since the feature property was wrong ("LineStrin" instead of "LineString").