ONE DATA includes several Processors which can be used to train a Forecasting model. These processors use sophisticated algorithms to extract patterns from input Data to use it and make predictions, and it would be helpful to have an evaluation tool for their output. Generally in Data Science evaluating the model performance is very important to determine its efficiency and discuss overfitting.

Technically this processor can operate with any Dataset having two numeric columns, but that is not the purpose behind using this processor.

The configuration interface of the processor looks like the following: 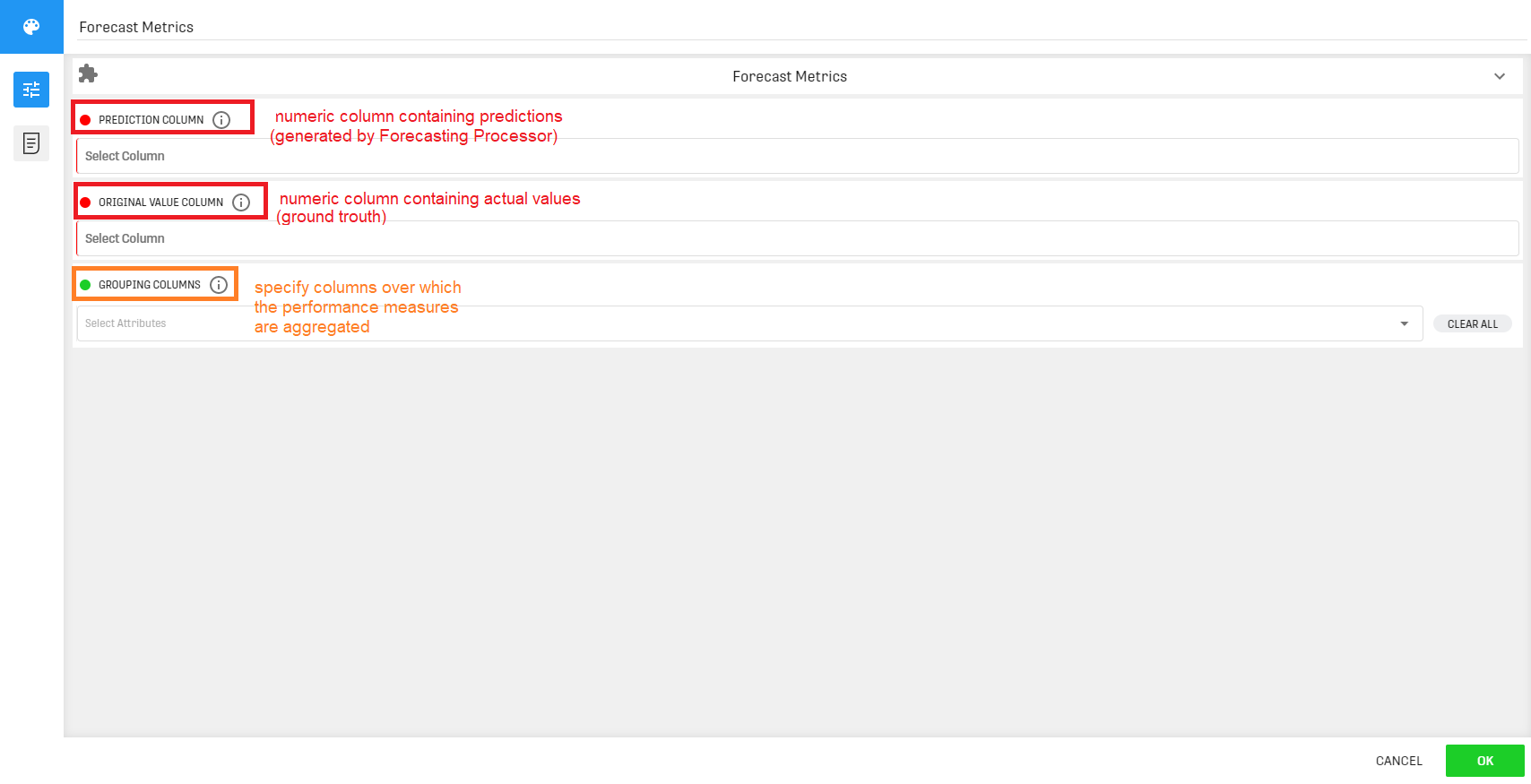 This processor has two output nodes:

In the following example the Forecast Metrics Processor will be used to measure the performance of a Decision Tree Regression Forecast trained on a simple Dataset:

The Horizontal Split Processor was used to split the Dataset into training and test sets, then the Decision Tree Regression Forecast is trained on the second Column as dependent column and third and forth columns as independent columns (the generated forecasting are saved under the Column "ForecastCol")

The Forecast Metrics Processor will then collect the output to calculate performance metrics for the predicted column with respect to the original one.

After running the Workflow, the outputs from the Decision Tree Regression Forecast and Forecast Metrics processors can be visualised via the Result Tables :

The right node of the processor will generate the following table (note that "Col2" was translated near the Forecast Column to make the comparison easier).

For the first entry: the value in Col2 (Column containing original data) is the same as in the Forecasting column

=> That is why the error is null

=> The absolute error (absolute value from the difference) is then 11