The Grouped Flow Analysis Processor produces a flowchart for different groups within the dataset.

The processor requires a dataset suitable for flow analysis. It can contain different process steps which is the typicale example for a flowchart. The shortest prototype for a process would be a start and an end step. The input should also include an amount column with a numeric type referring to the flow intensity. 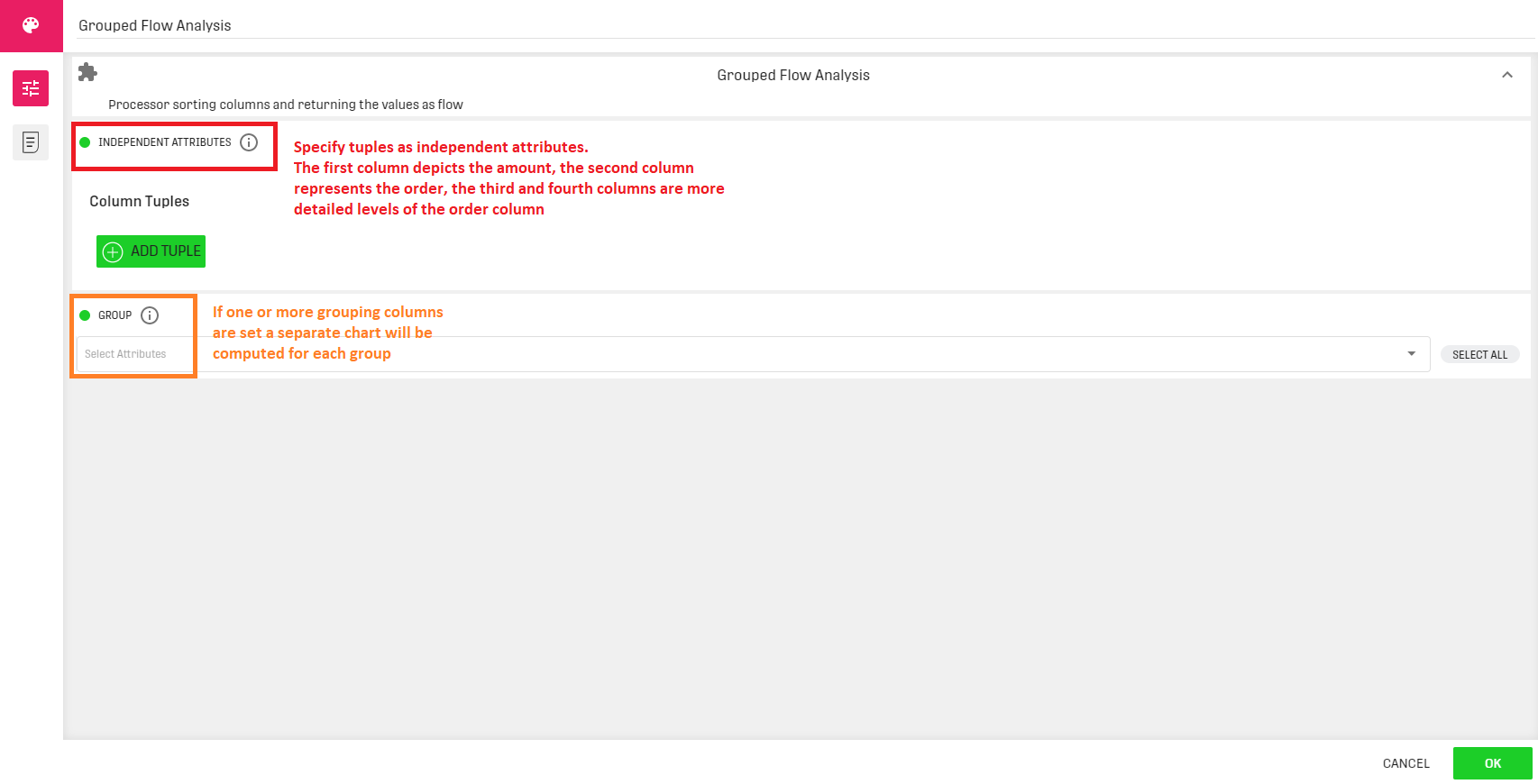 Note that the processor needs at least two tuples in the first configuration field for it to be executed.

The processor returns a Sankey diagram for each group based on the flow analysis. The output is viewed under the result tab within the processor.

In the following example we use three groups of numbered points and a three step process (start point, stop point and end point) along with an amount column of type integer. 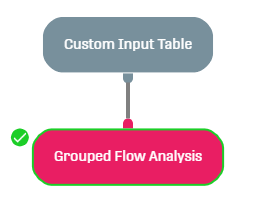 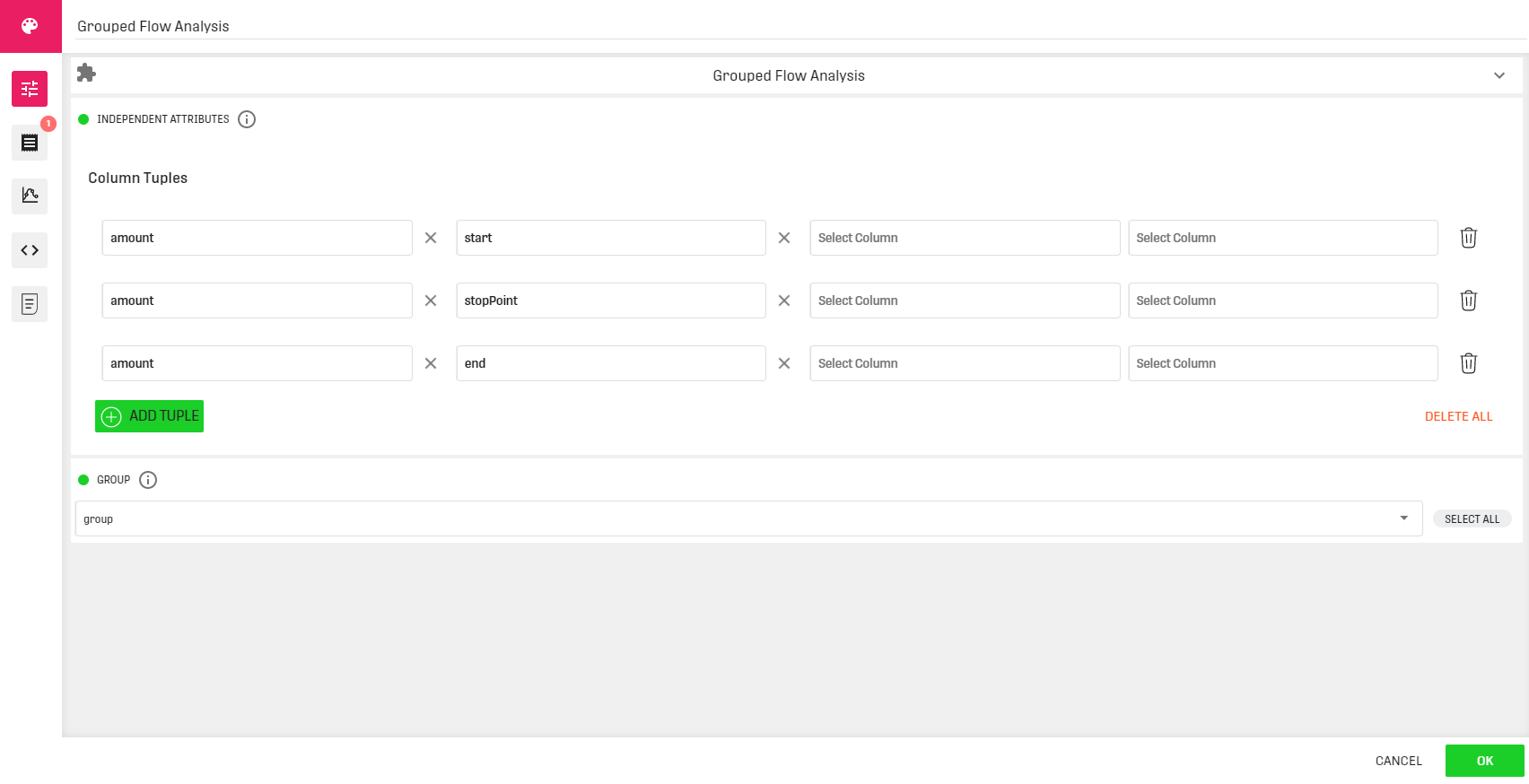 The result has three separate diagrams (use the dropdown to navigate between different groups). The amount is also displayed on the graph. The size of the flow from one step to the next is a function of the sum of the corresponding amounts.