The Filter Combination processor uses a set of filter combinations defined in the right input and applies them on the input data of the left node.

This processor has two input nodes:

The processor can be configured as follows: 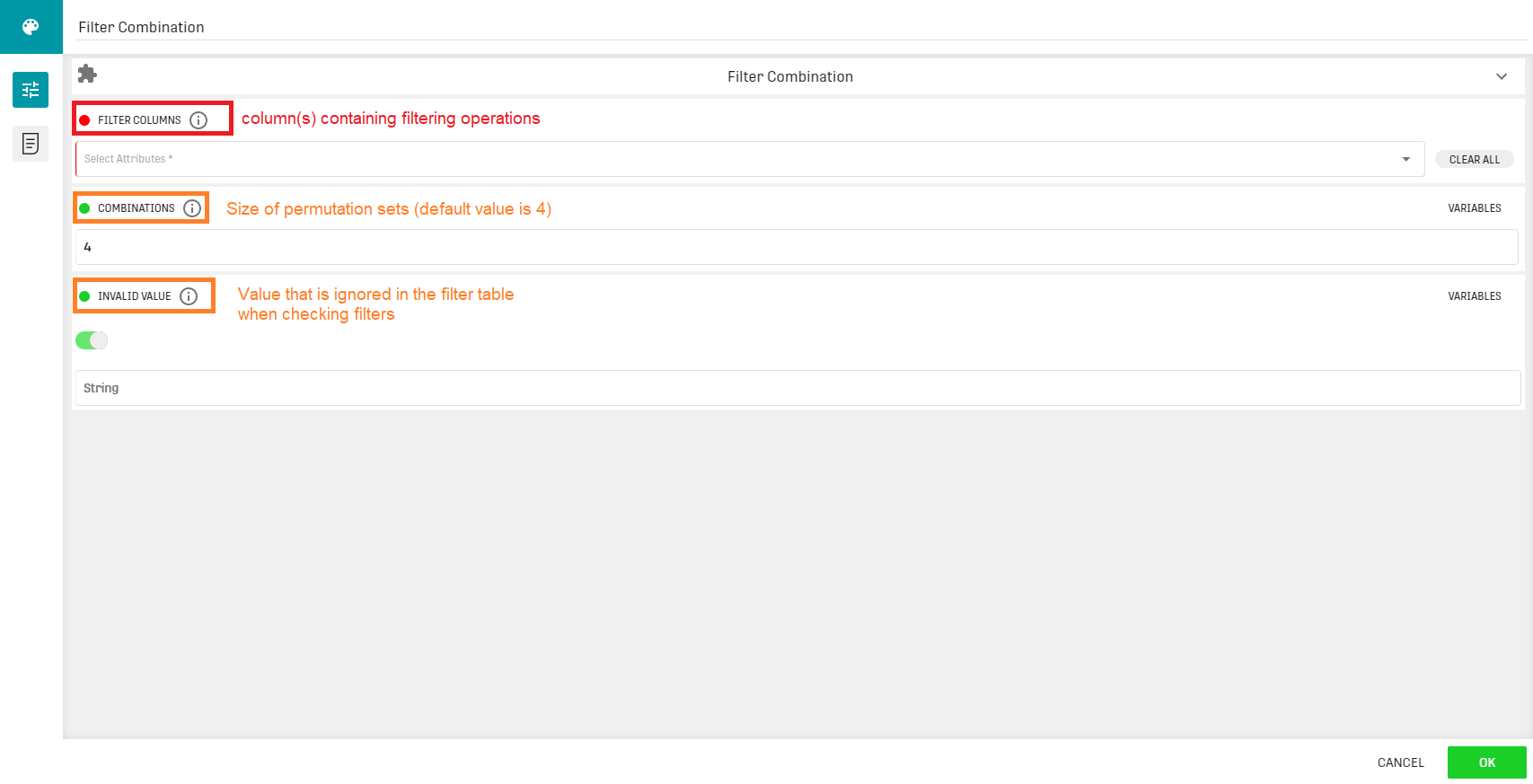 These combinations are listed in the "filterQuery" column in the result table.

In the following example, the Filter Combination processor will be applied on a dataset that is loaded via a Data Table Load processor (or a Dataset Load Processor) 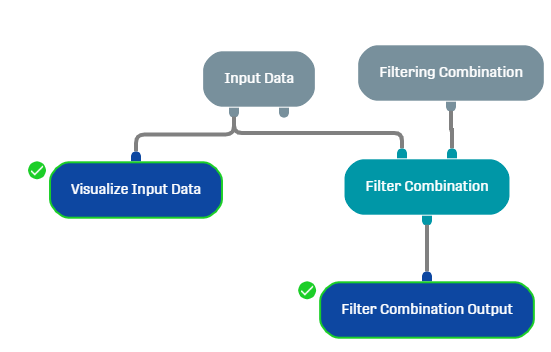 The input data can be visualized via the Result Table:

and the filtering combinations are:

The two columns "Category" and "Age_Category" are used within the Filter Combination processor, and the number of combinations is kept as default.

After running the Workflow and opening the Result Table linked to Filter Combination processor, the following result table should be displayed:

It is important to mention that some entries from other columns except "filterQuery" might be redundant, but the condition within the "filterQuery" cell differs.

For instance, the rows four and five include the same entries but the condition differs: for the first row entries from the  column "Category" take the value "Sport" and entries from column "Age_Category" have the value "Old" whereas in the second row the entries from "Category_Age" are in the ranges "New" and "Old" (can take any value from this pair).