The processor has two input ports. The first input contains relevant data, training and test datasets are combine into one dataset and each type is referred to by a signal column. The second input is currently not used, it can be connected to some arbitrary data (e.g. empty table).

Note that the relevant input data should contain one grouping column. The models and forecasts will be computed for every group separately. 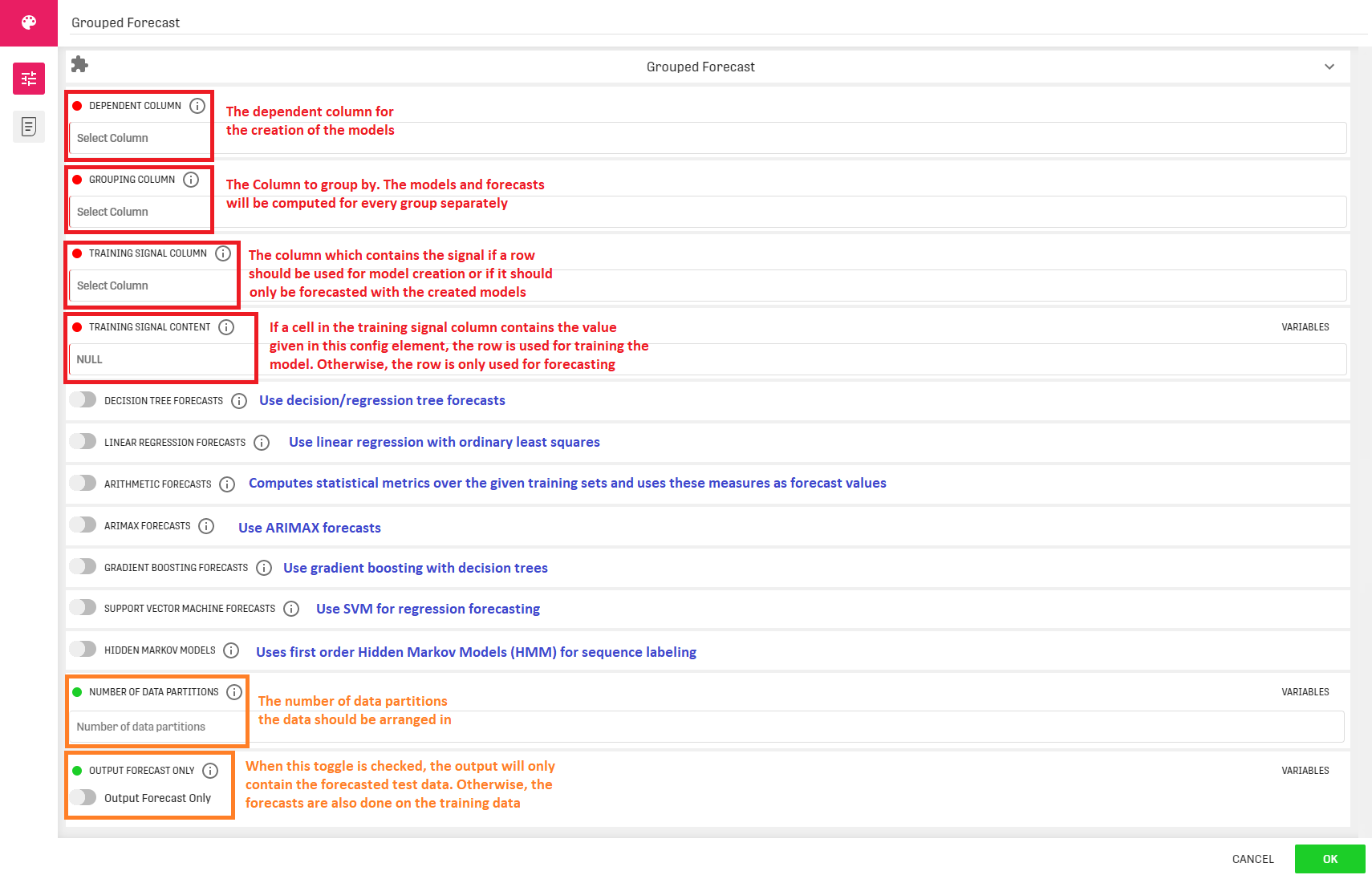 The available forecasts methods are the following (links for further information are also provided):

The input dataset is forwarded to the output port, an additional column for every used forecast method is added along with the forecasted values for the dependent variable. When the "Output forecast only" toggle is checked, the output will only contain the forecasted test data (specified by the signal column). Otherwise, the forecasts are also done on the training data.

In this example, the iris dataset is used along with an additional column called "signal" specifying whether the corresponding line is used for training or testing. The forecasted variable is the "petal_width" and the result is grouped by the variable "variety". 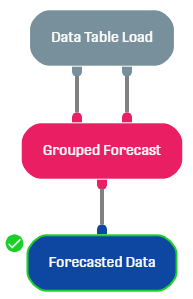 given that the second input for the grouped forecast processor is irrelevant, we use the invalid rows result from the data table load processor as input. 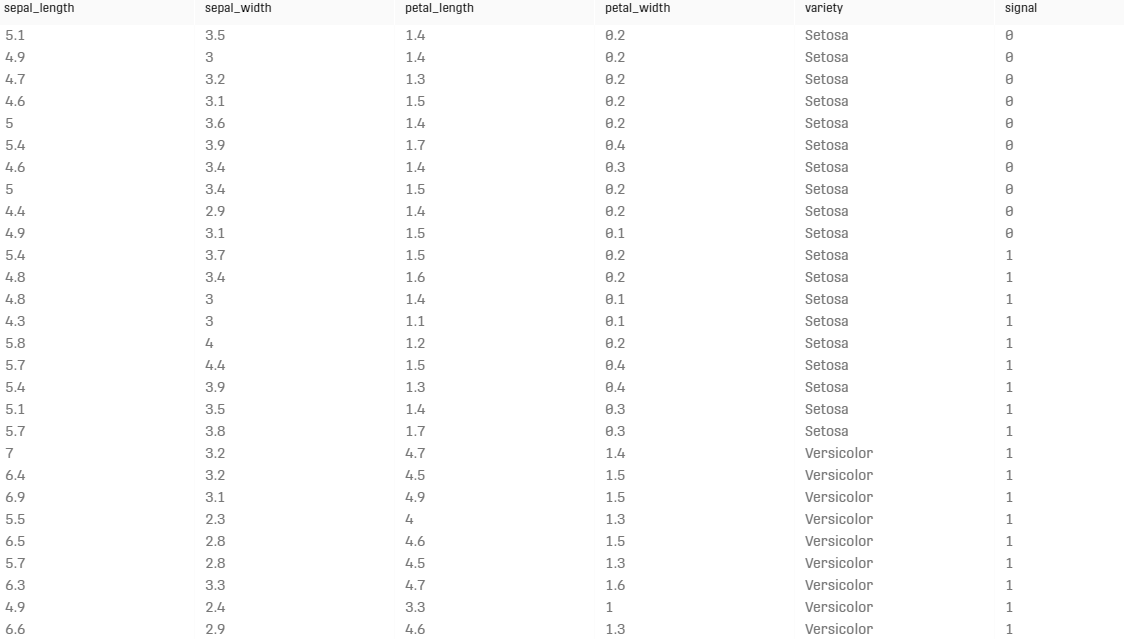 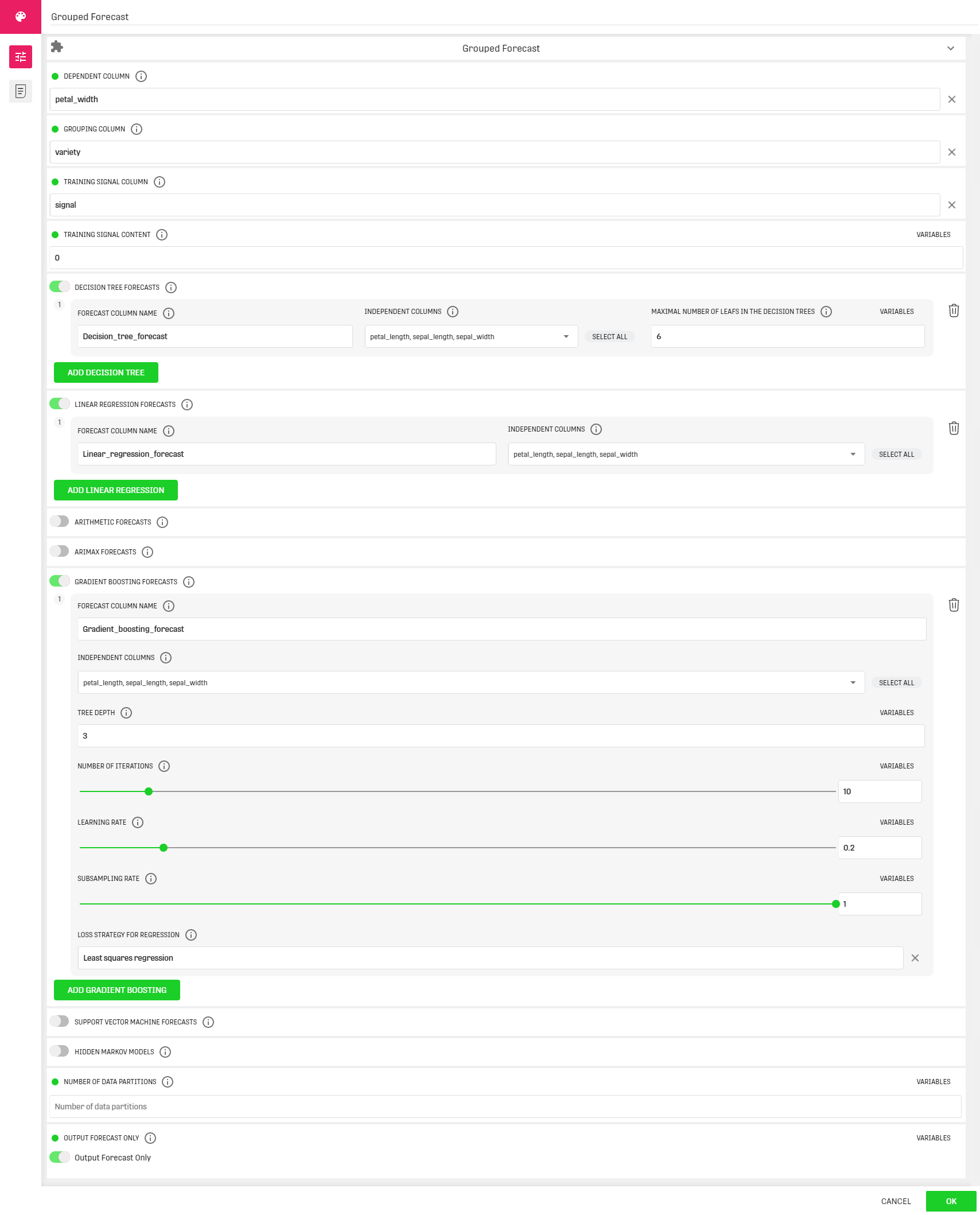 The previous result could be associated to the Forecast Method Selection processor as first input, the goal is to try different forecasting methods and choose what best fits our dataset.