This processor is used to execute an elementary arithmetic operation between two selected columns and saves the result in a new column.

This processor operates on any given dataset containing at least one numerical column. 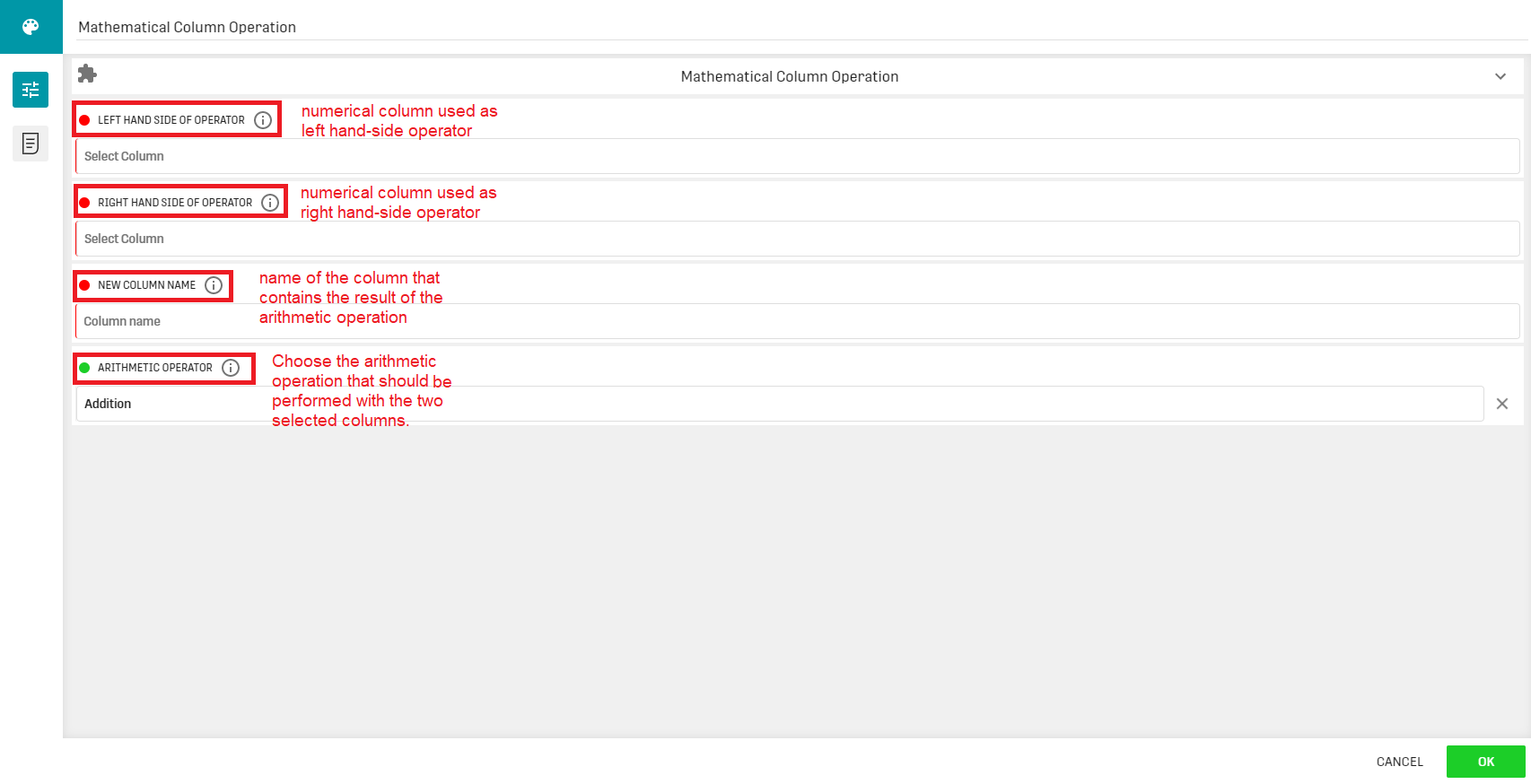 The possible arithmetic operations are: Addition, Division, Multiplication and Subtraction.

The output of this processor is the initial dataset along with the new column containing the computed entries.

BE AWARE THAT: The column containing the computed entries can have the same name as a column of a column from the input dataset (so the column values will be overwritten).

In this scenario, the Mathematical Column Operation Processor will be used to compute the difference between the entries of two columns from an input dataset: