This processor allows to send requests to SOAP APIs. Requests are sent sequentially and a delay between the requests can be configured.

The configuration of the processor is as follows: 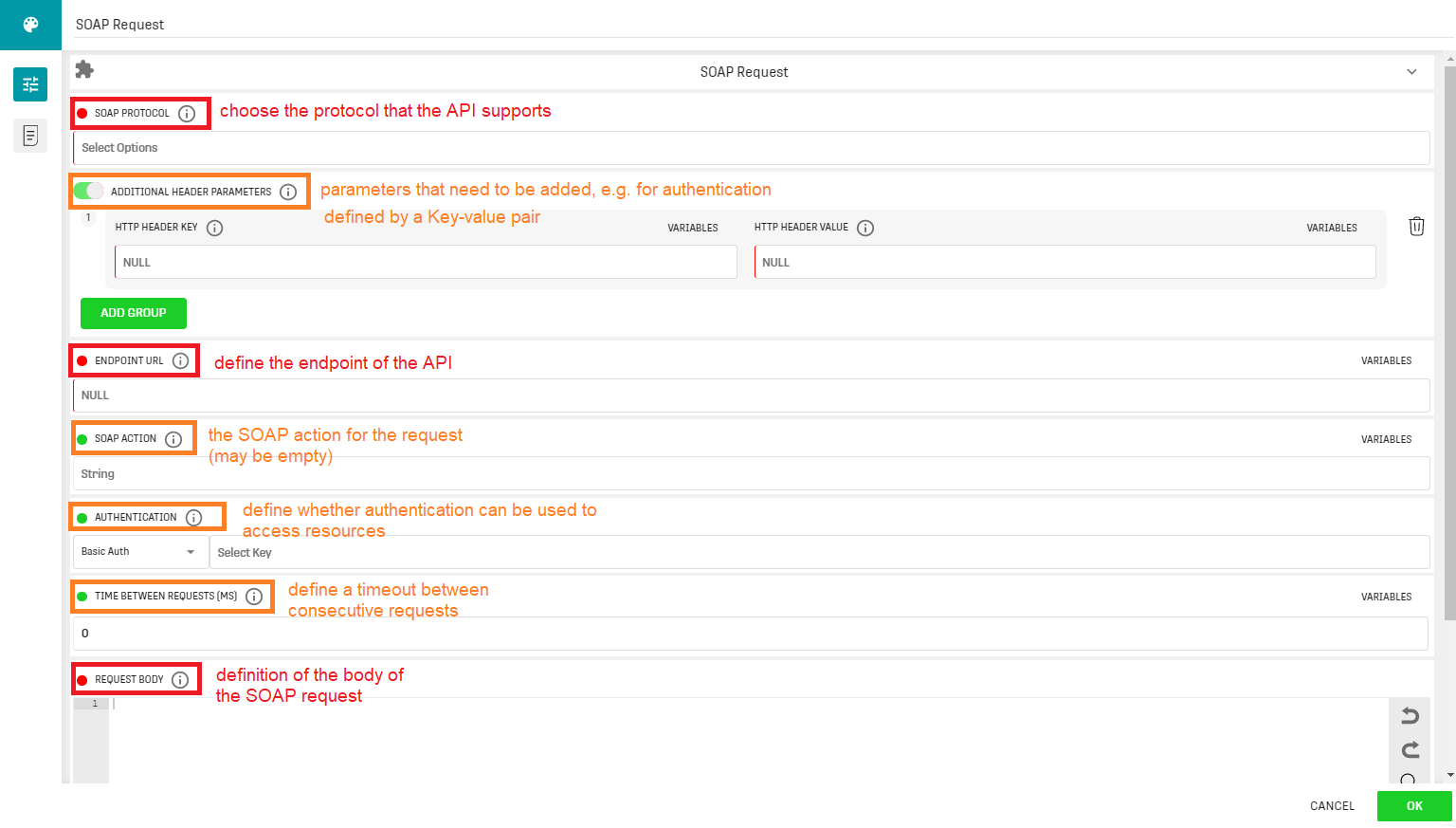 Some APIs may not allow to do more than a defined number of requests in a certain time frame. To prevent getting no responses due to this rate limitation a waiting time between the single requests can be defined. By default one request will be directly sent after the answer for the previous one was received. The number given here is interpreted as milliseconds

It is possible to loop through the input Data entries within the Request Body field (last field). Column references are done with the following syntax: ##columnValueFrom####.

To get familiar with SOAP requests and to find out how the target API looks like, it is very recommended to have a look at SOAP UI.

The output of the is the SOAP response for the configured requests.

NOTE THAT: since SOAP relies on XML, the requests and responses are in XML format

It is recommended to use XML/JSON Parsing Processor v1.1 at the output node of SOAP processor.

In this example an open SOAP API will be used within the SOAP processor.

The API and the request example can be found in the SOAP UI page. 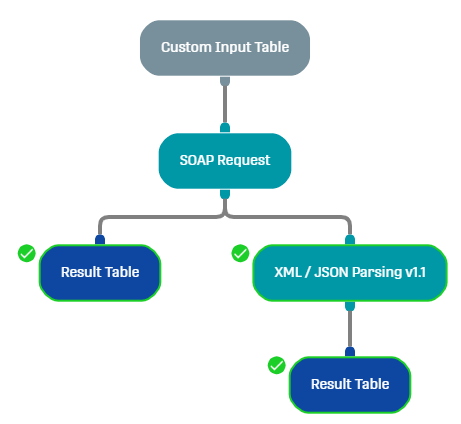 The XML/JSON Parsing Processor v1.1 is used to parse the SOAP responses.

The Custom Input Table will be used to provide an empty Dataset to the SOAP processor.

The Result Table is used to visualize the output Data. 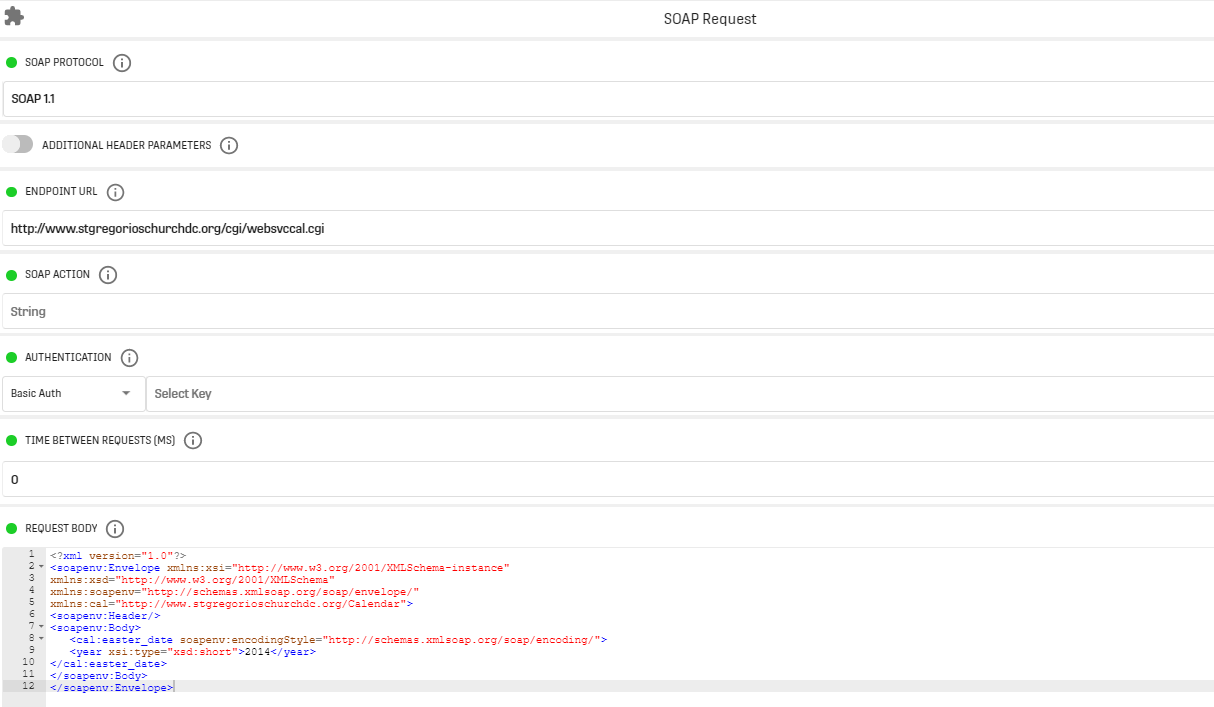 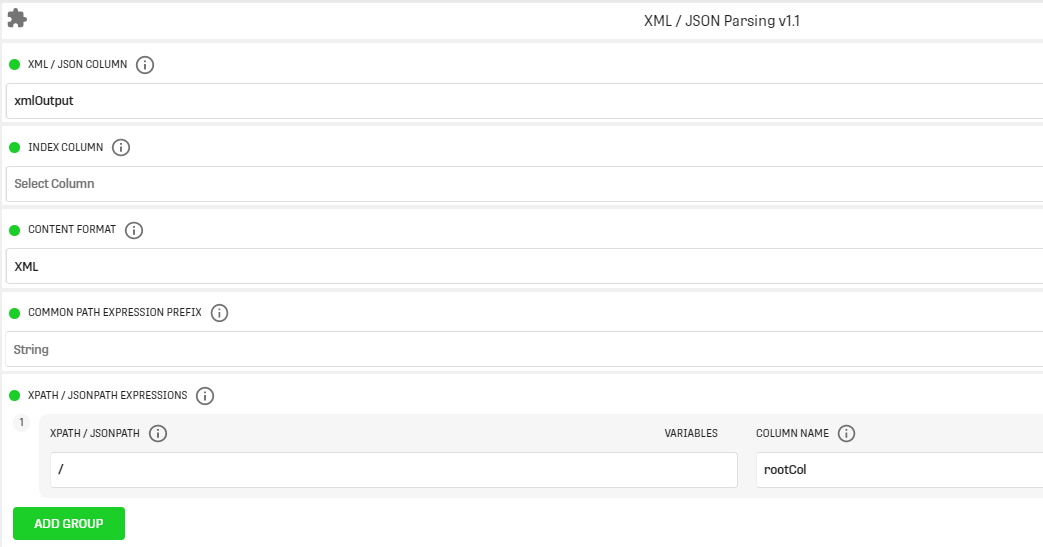