This processor is used to execute an SQL query containing a complex operation.

This processor works with any input Dataset which contains at least one numerical column. 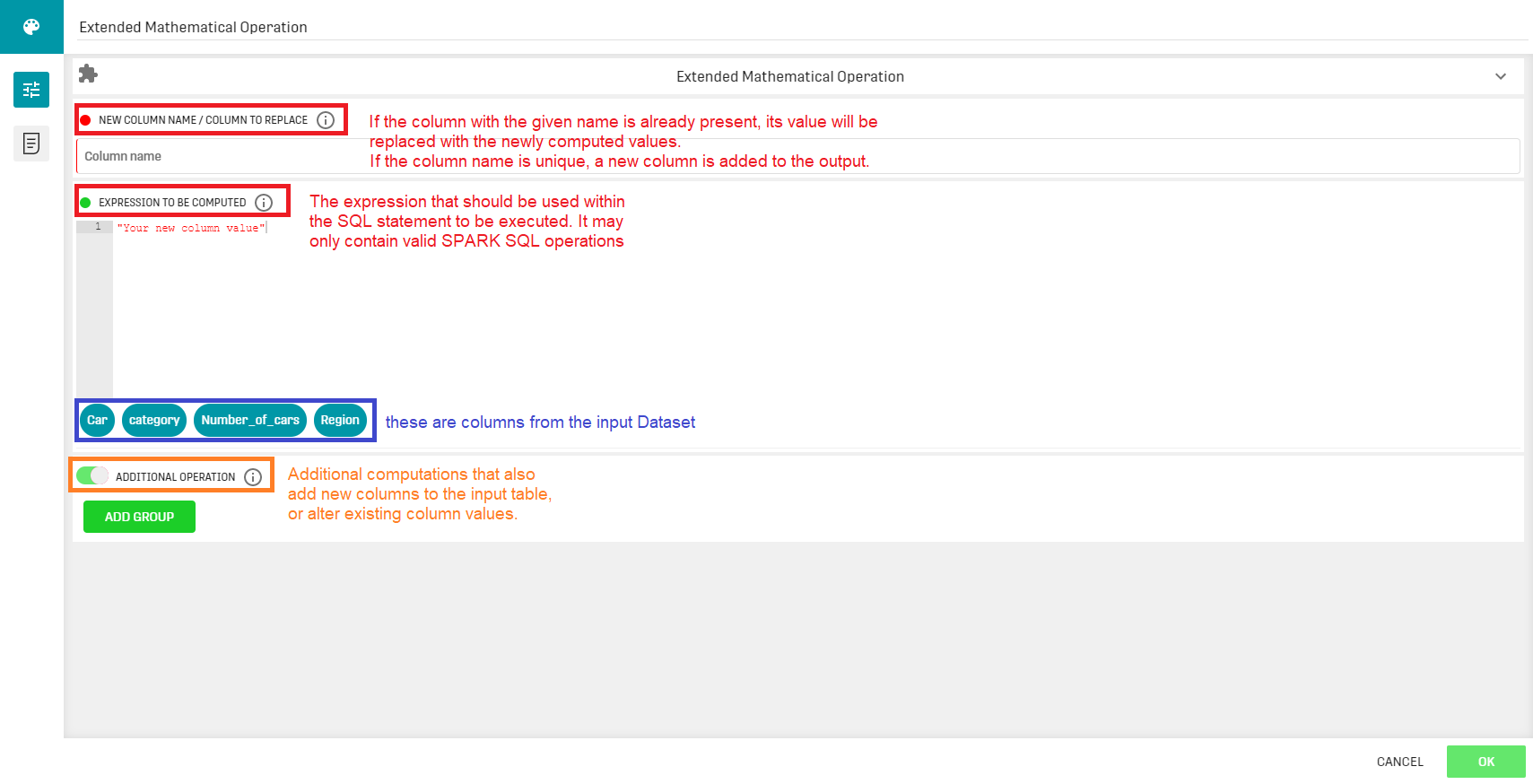 Depending on the configuration of "New Column Name/Column to replace", a new column will be generated or the content of an existing one will be overwritten.

The processor returns the input Dataset along with the new/modified column containing the computed entries.

In the following example the Extended Mathematical Operation Processor will be used on a Dataset containing some calculations (Y_hat) for a reference variable Y along with the difference between these two variables (Error):