Since R-Scripts are a very useful tool for data science tasks it is possible to include them in ONE DATA workflows with the R-Script processors. In this article, we will focus on the R-Script Single Input Processor.

The R-Script Single Input Processor takes a dataset as input, executes a R-Script on it and forwards the result to ONE DATA. An overview on how R-Scripts are processed in ONE DATA and useful tips on how to install R packages can be found here.

The processor can operate on any valid dataset produced by ONE DATA. Column names in the input dataset should not contain any special characters or consist only of numbers. Otherwise ONE DATA will not recognize the input dataset.

In the "Input Name In Script" textfield, it is possible to specify the name of the input dataset in the R-Script. The default value is "input". The dataset can be saved into a R data frame using:

The output of the R-Script Processor is the dataset that was produced by the R-Script in the configuration. There are two things to note on how the output has to be specified:

In this example we want to get the best rated books out of a books dataset.

The following table represents a snippet of the dataset that we will use.

From the input we want to extract all books that have a rating higher than or equal 4.5, and only get the columns "authors", "title", "average_rating" and "ratings_count". This is the corresponding R-Script for it:

In the processor configuration we choose "books" as name for the input dataset. We select the default timeout and do not configure Manual TI.

The workflow loads the book dataset with a Data Table Load Processor, passes it to the R-Scipt Single Input Processor and saves the output to a Result Table. 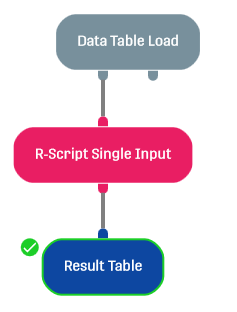 Here is a snippet of the results: 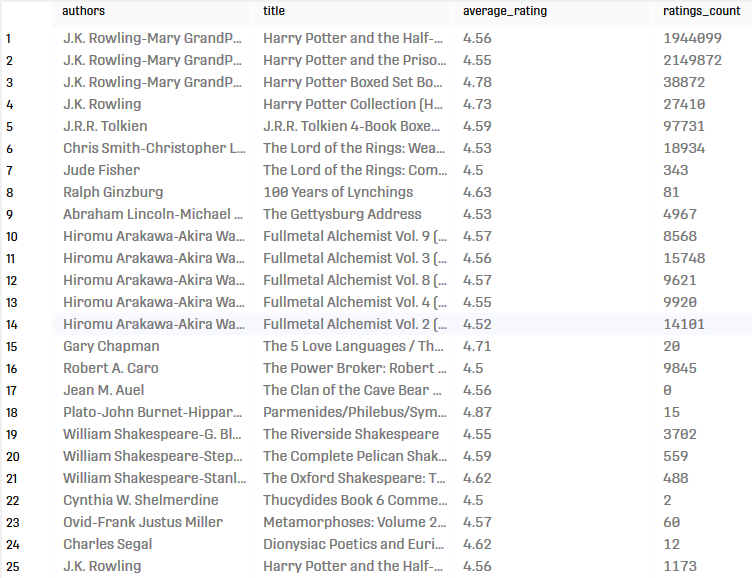