Using R in ONE DATA Print

Background information - communication of ONE DATA and R-Server

For using R in ONE DATA it is usually necessary to have a separate R-Server installed. The communication between R-Server and ONE DATA can be illustrated roughly as given below. 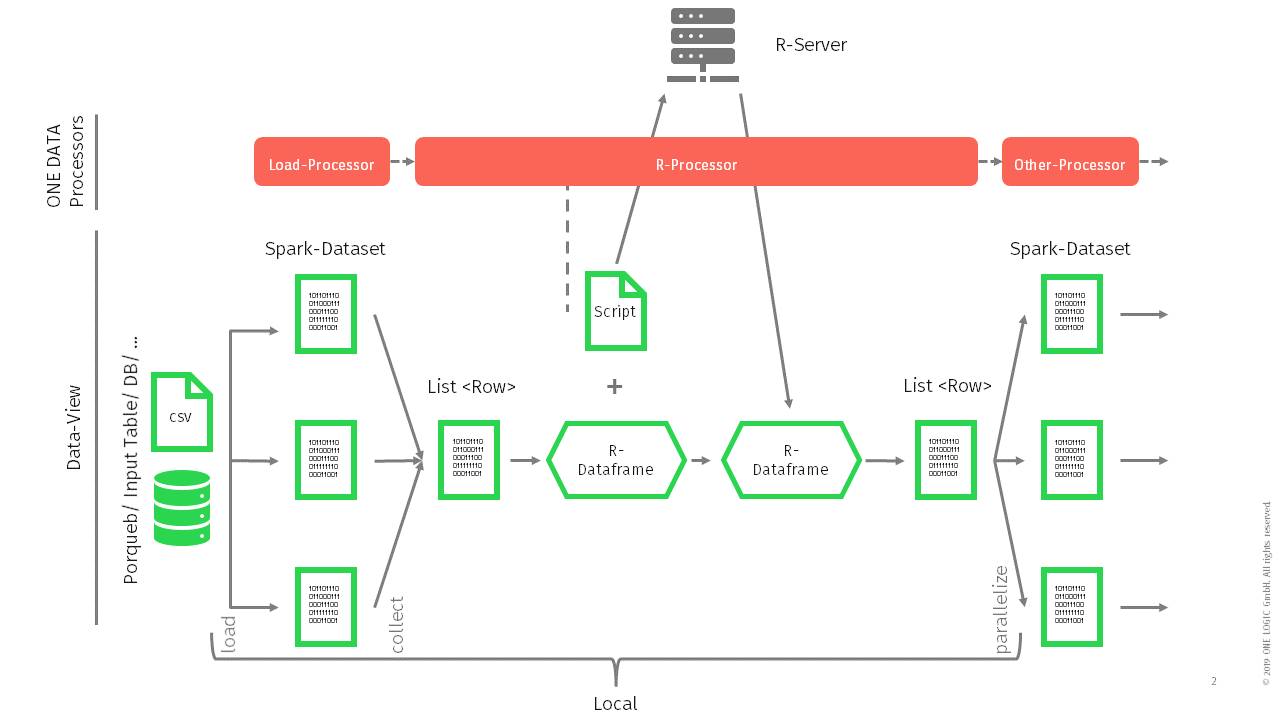 In ONE DATA the data is usually given as a spark dataset (RDD) that is distributed to several nodes. As R does not operate on distributed datasets before sending the data to the R-Server, all the data is collected into one single list which is then converted into a R-Dataframe.

This R-Dataframe along with the entered R-Script in the R-Processor is sent to the R-Server for execution. This is also one of the reasons why using R in ONE DATA might take longer than actually using it locally on the computer as first of all the data has to be converted.

The R-Script is then executed on the R-Dataframe. After the execution, a R-Dataframe will be returned to ONE DATA and converted to a Spark RDD again.

The basic implementation for the communication between ONE DATA and R-Server is the following artifact:

Installation and usage of packages

Installation of R-Folder in Directory

When using the "install.packages()" command in R to install packages from CRAN-like repositories or from local files, some parameters must be specified using R with ONE DATA:

When loading a package it is required to specify the location where this package was installed:

Using R in ONE DATA - good to know

ONE DATA and Spark do not have a fixed column order. So when collecting the distributed data before sending it to RServe there is no guarantee that the columns will be in the same order each time. This might lead to a random selection of columns when columns are selected by position in the R-Script. Therefore, with each execution the script might give different results.

2) Do not use integers in the output R data.frame

3) Debugging R-Script in ONE DATA

If it is necessary and no local debugging is possible, it might be helpful to: