Predicts the value of a dependent variable using Gradient Boosted Trees (GBTs) in a regression setting.

Gradient boosting is known to be one of the leading ensemble algorithm. It uses gradient descent method to optimize the loss function.

Further Information about GBTs can be found in the following link.

The training and the test datasets should have the same schema. 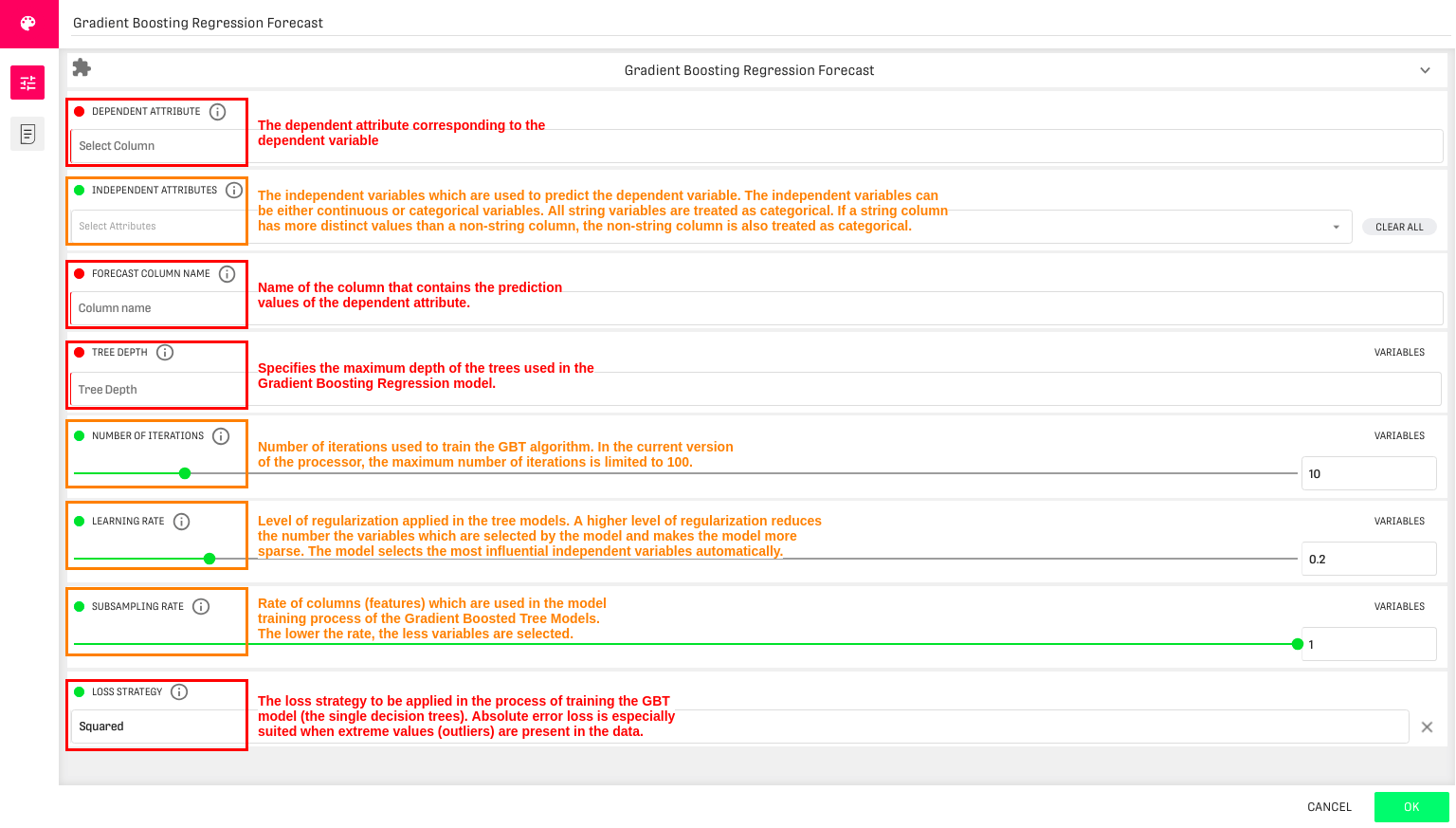 In addition, a bar chart with the feature importance result is shown in the result tab within the Gradient Boosting Classification Forecast Processor.

In this example, the used data table contains YouTube videos relative information (total likes, dislikes, etc.). The processor of focus is used to forecast the number of comments. 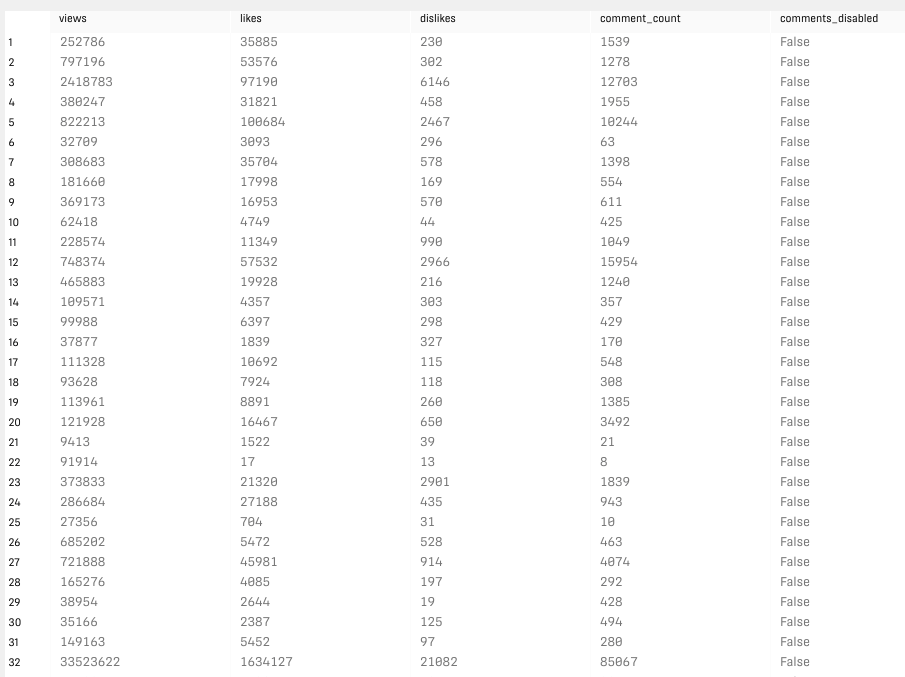 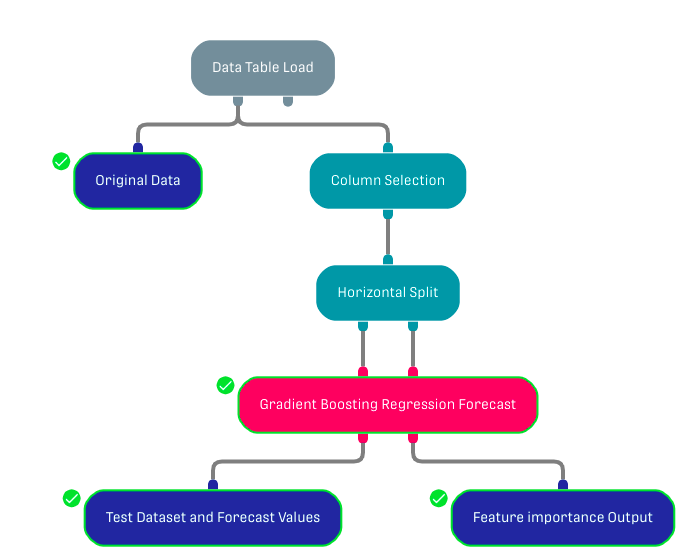 In the previous workflow, the Column Selection processor is used to select the dependent and independent columns only. Then the dataset is split into a training and test dataset and inserted in the target processor by a Horizontal Split processor. 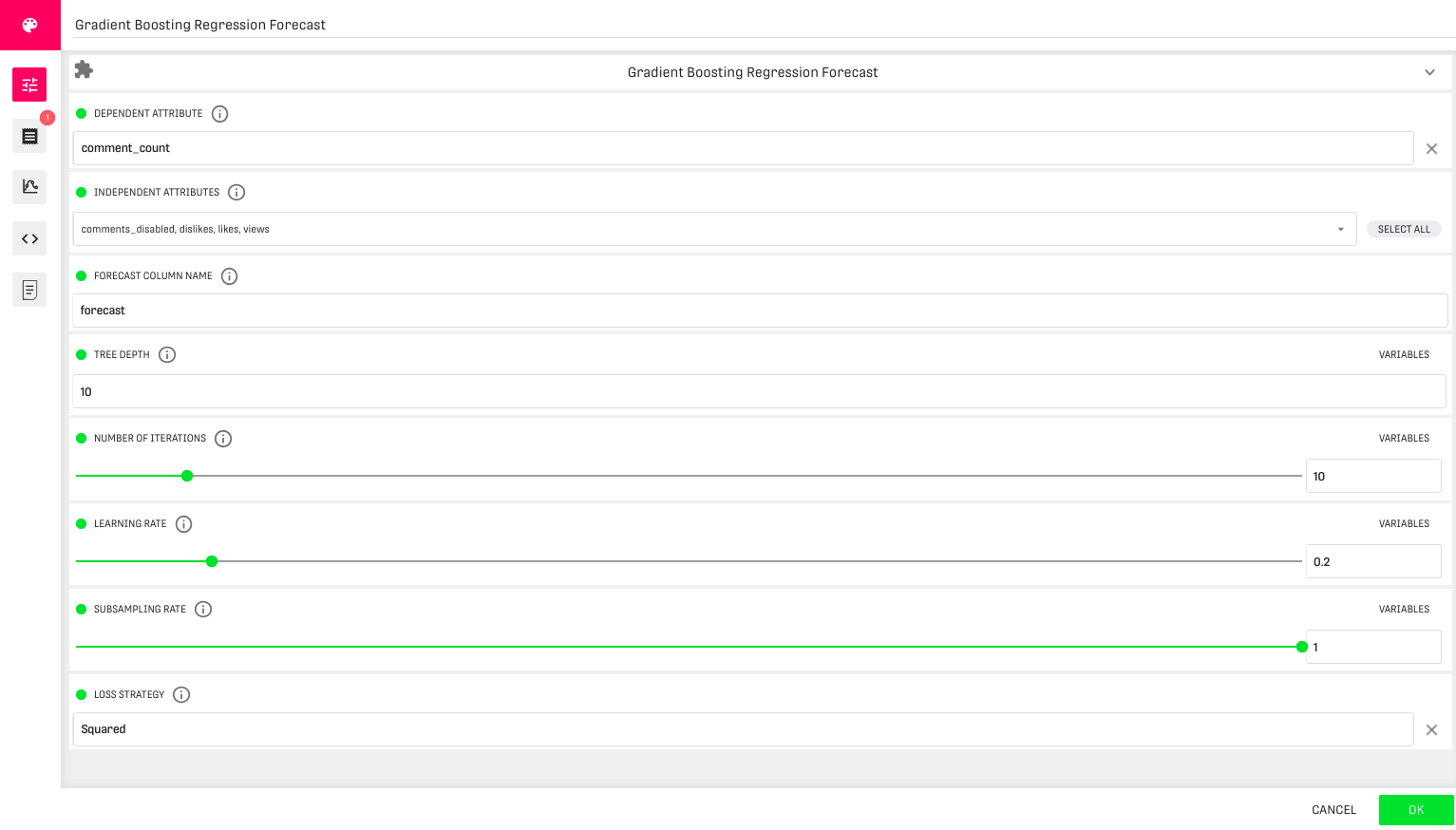 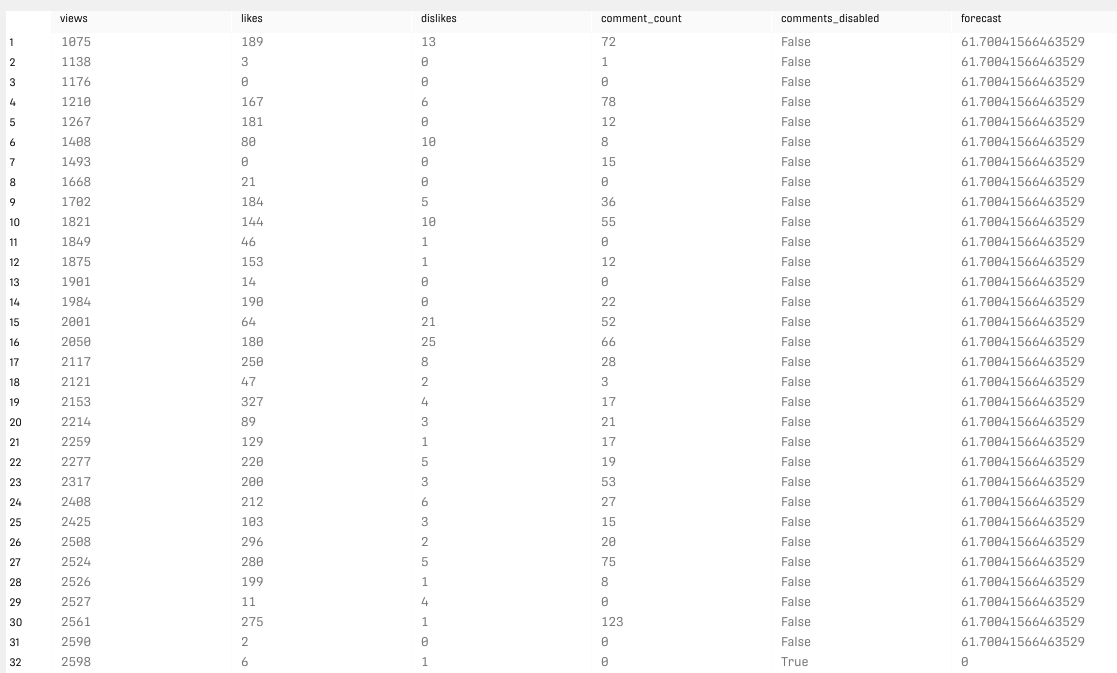