The processor has two input ports. The left port is for the dataset that has to be corrected. The right port for the table containing the delta values. Note that the corresponding 'correction' and 'delta' columns have to have the same column name. Also the input columns need to have a numeric data type (int, double or numeric).

In the processor configuration, the columns to correct can be specified.

The output of the processor is the corrected dataset.

The delta value is always the average value of the according column in the right input node.

In this example we use a Custom Input Table Processor to create an artificial sales dataset which is given below. Then the Zero Value Correction Processor is used to subtract the mean from each of the values of the dataset. 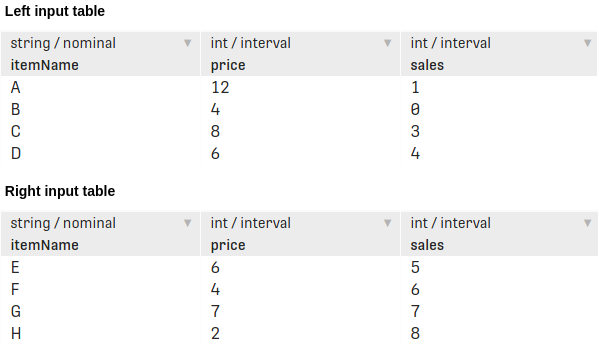 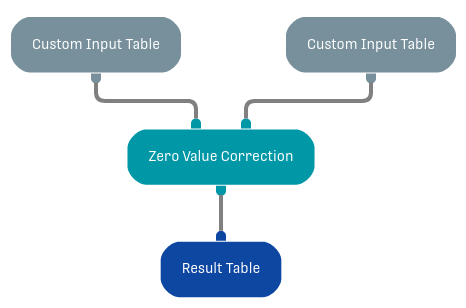