The Moving Average Processor is used for analyzing data by creating series of averages of different subsets of the dataset. In general, a moving average (MA) is a widely used indicator in technical analysis that helps smooth out price action by filtering out the “noise” from random short-term price fluctuations.

The input dataset should contain at least one numerical column, for which the moving average should be calculated. 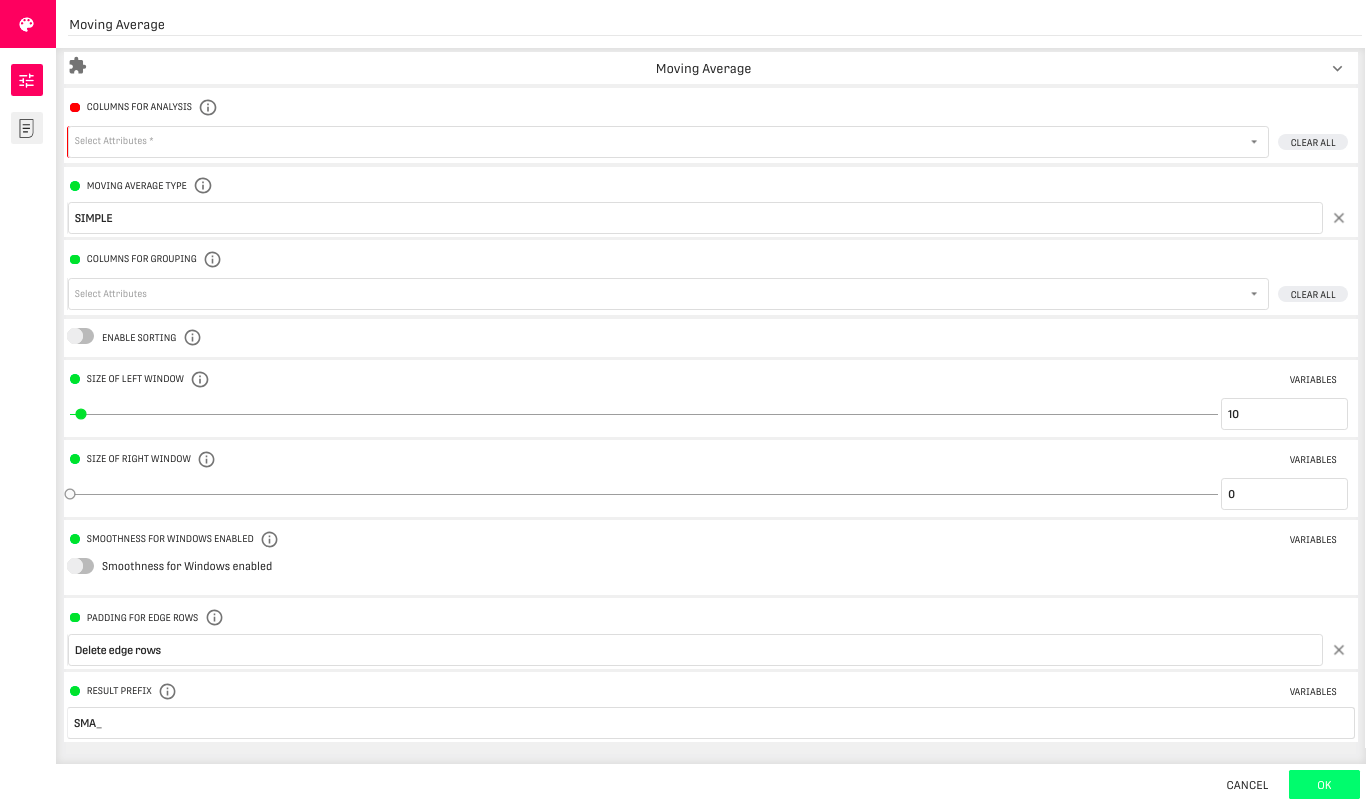 Columns for Analysis: Columns which will be analysed using the chosen moving average type.

Columns for Grouping: Column, which is used for grouping the data before any moving average calculations are done.

If this is set it is mandatory to also specify at least one sorting column.

Enable Sorting: Sorts the data by the specified columns prior to calculation.

Size of Left Window: Maximum size of the left window from the current element. The left and right window will sum up to the used window.

Size of Right Window: Maximum size of the right window from the current element. The left and right window will sum up to the used window.

Smoothness for Windows Enabled: Smoothness means: E.g. if the moving average has to be calculated for the second element with a symmetric window, this might not be possible for a window bigger than 3. Hence the window adjusts to its biggest possible size of 3 elements, if smoothness is enabled.

Padding for Edge Rows: Specifies how edge rows for which no moving average can be calculated are treated in the result.

Result Prefix: Appended to the original column names used for the moving average.

The processor returns a table with the same columns as the input dataset along with an additional column for each option selected in the first configuration field. The output dataset will contain less rows than the input data depending on the chosen window size.

In the following example, we use a dataset of mall customers. The moving average is calculated using both the annual income and spending score columns for each gender ordered by age. 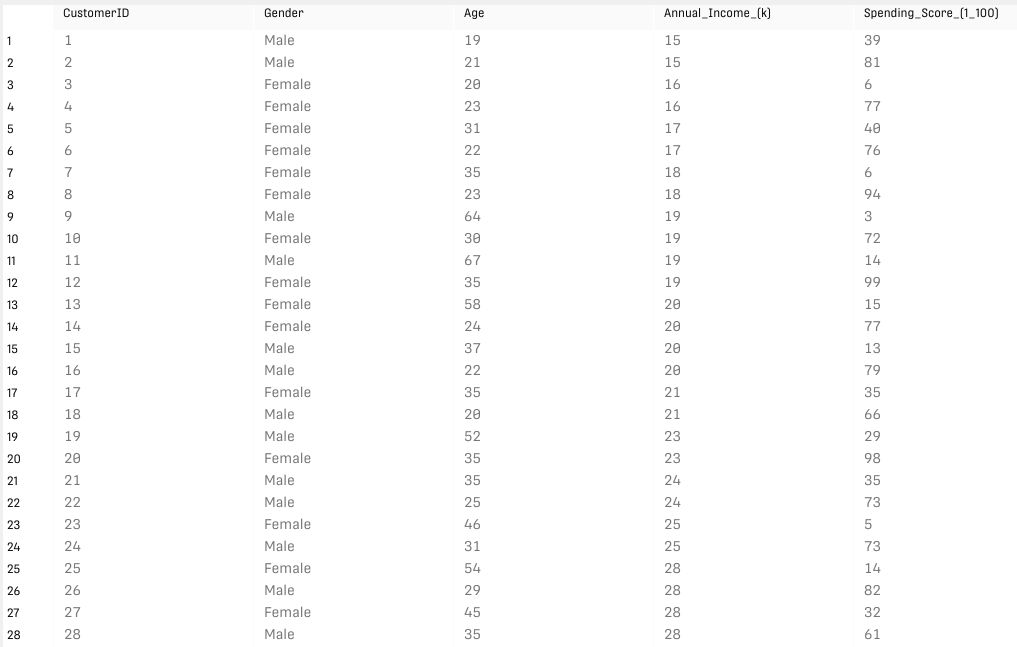 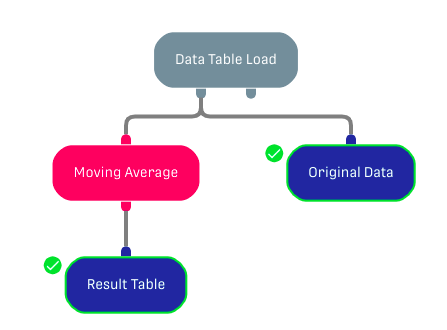 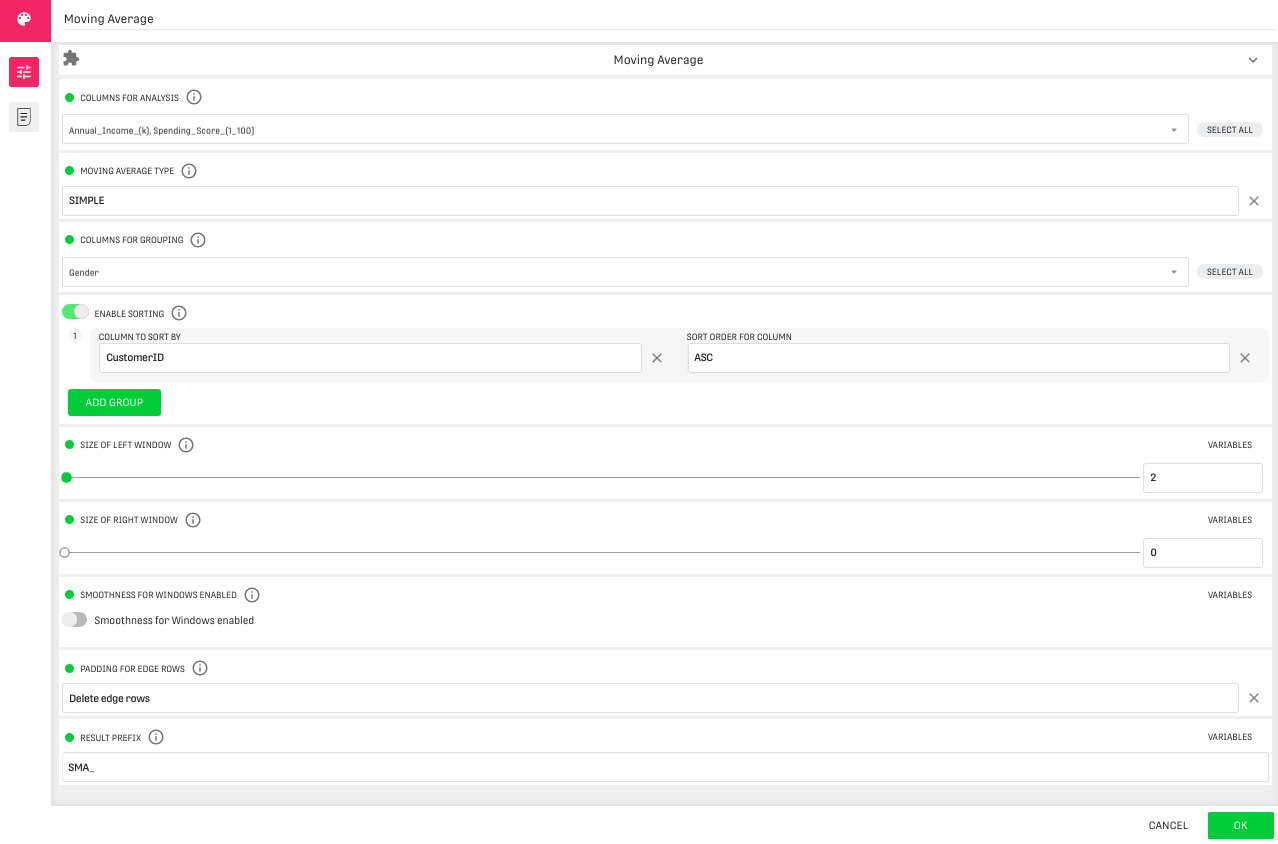