The query helper processor executes queries without any programming effort. It uses an input table instead of an SQL statement.

The processor needs two input Datasets. The first Dataset contains the actual data that needs to be queried. 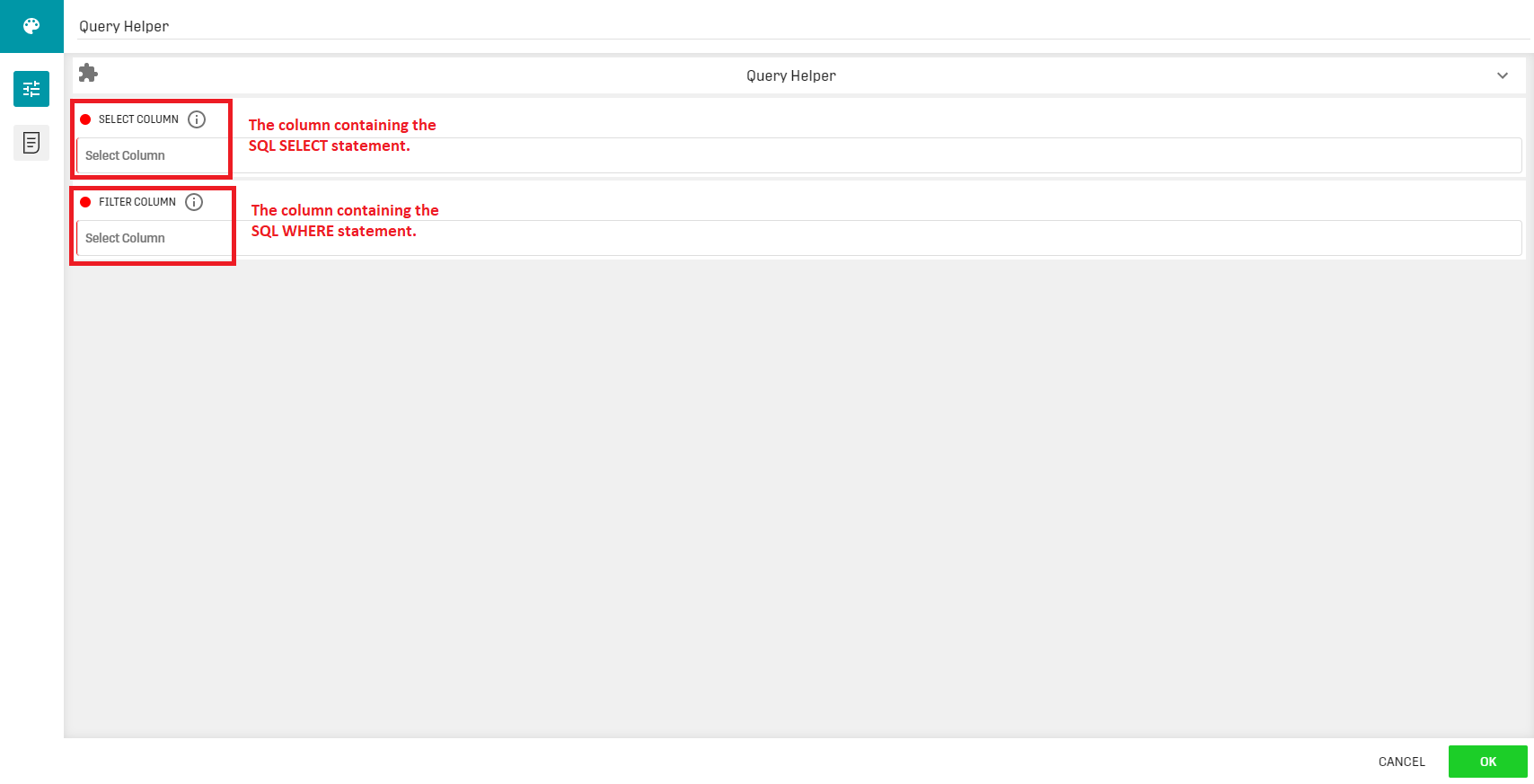 The table query is executed on the dataset connected to the left port of the processor. The output is then viewed on the linked result table. 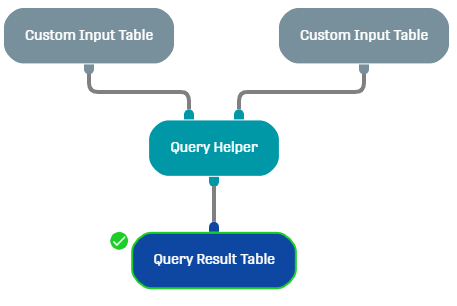 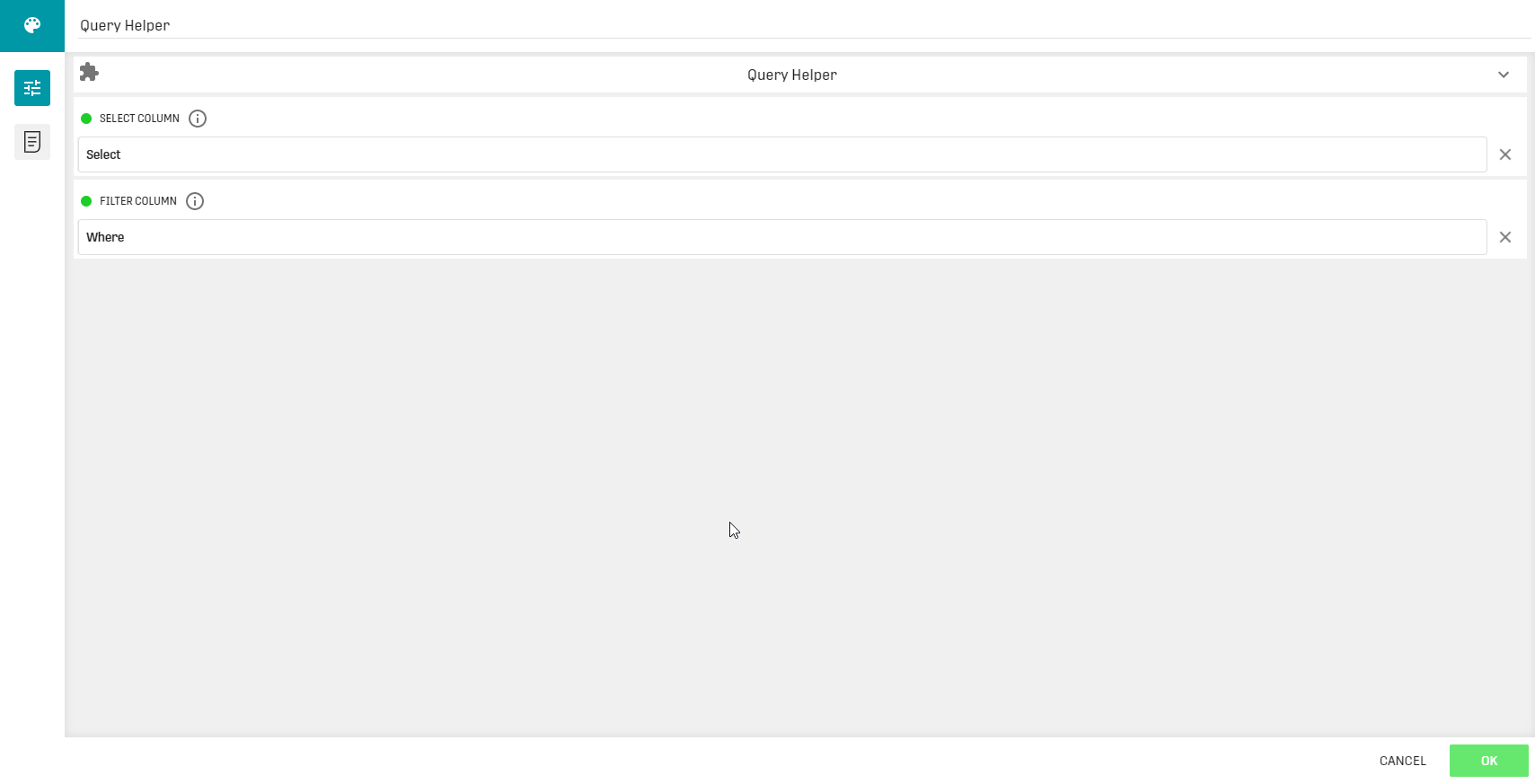