The Random Forest Regression Forecast Processor can be used to calculate a forecast for a numeric column based on the random forest method.

A random forest is a meta estimator that fits a number of classifying decision trees on various sub-samples of the dataset and uses averaging to improve the predictive accuracy and control over-fitting.

For more information about the random forest classifier, you can consult the following link. 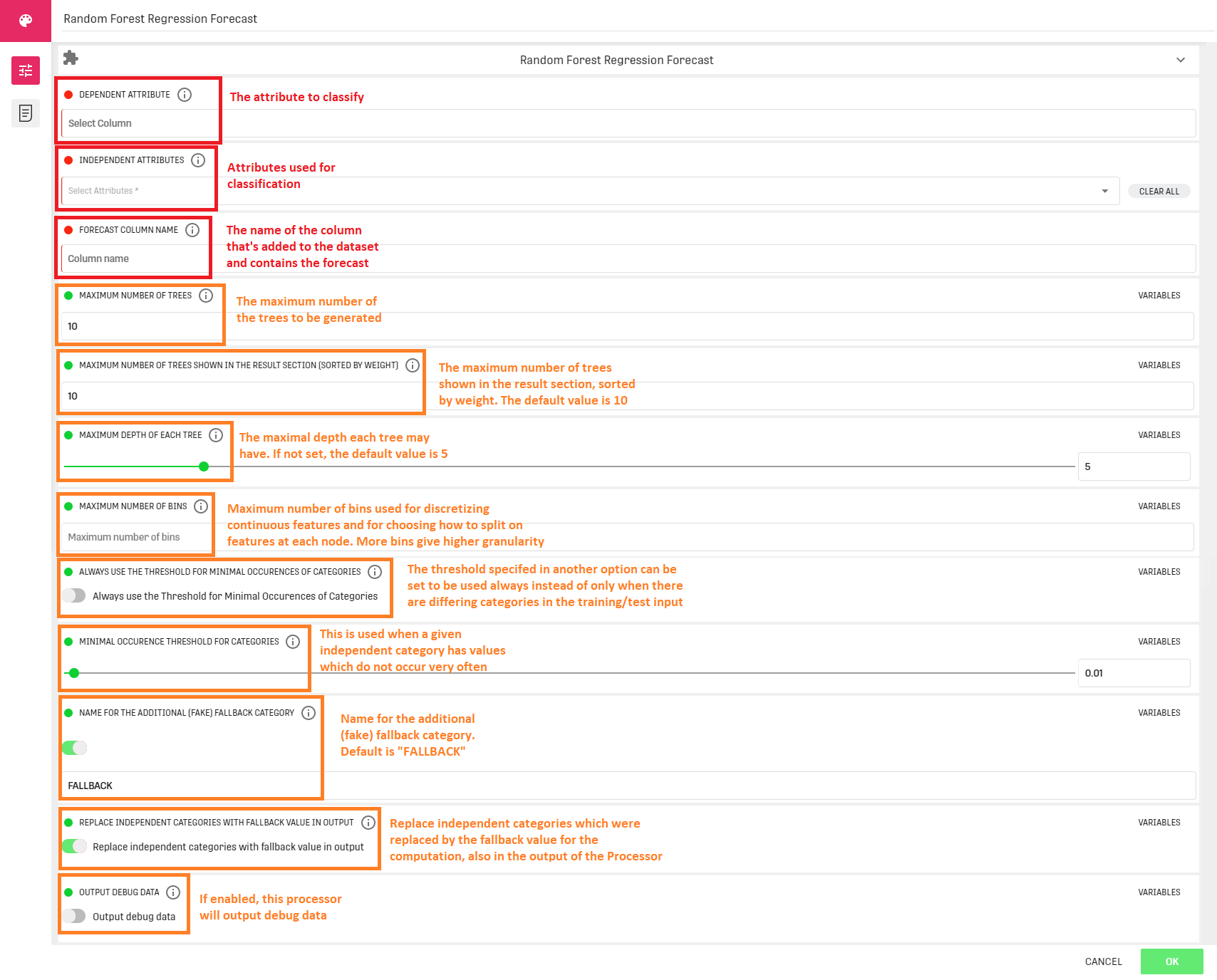 In addition, other outputs can be viewed within the "result" tab in the processor:

In this example, the input dataset is the iris flower dataset. Each row of the dataset represents an iris flower, including its species and dimensions of its botanical parts, sepal and petal, in centimeters.

Here we're using the iris flower dataset in the other way around, which means the variety label here is one of the independent variable. The dependent variable to forecast is the petal_length. 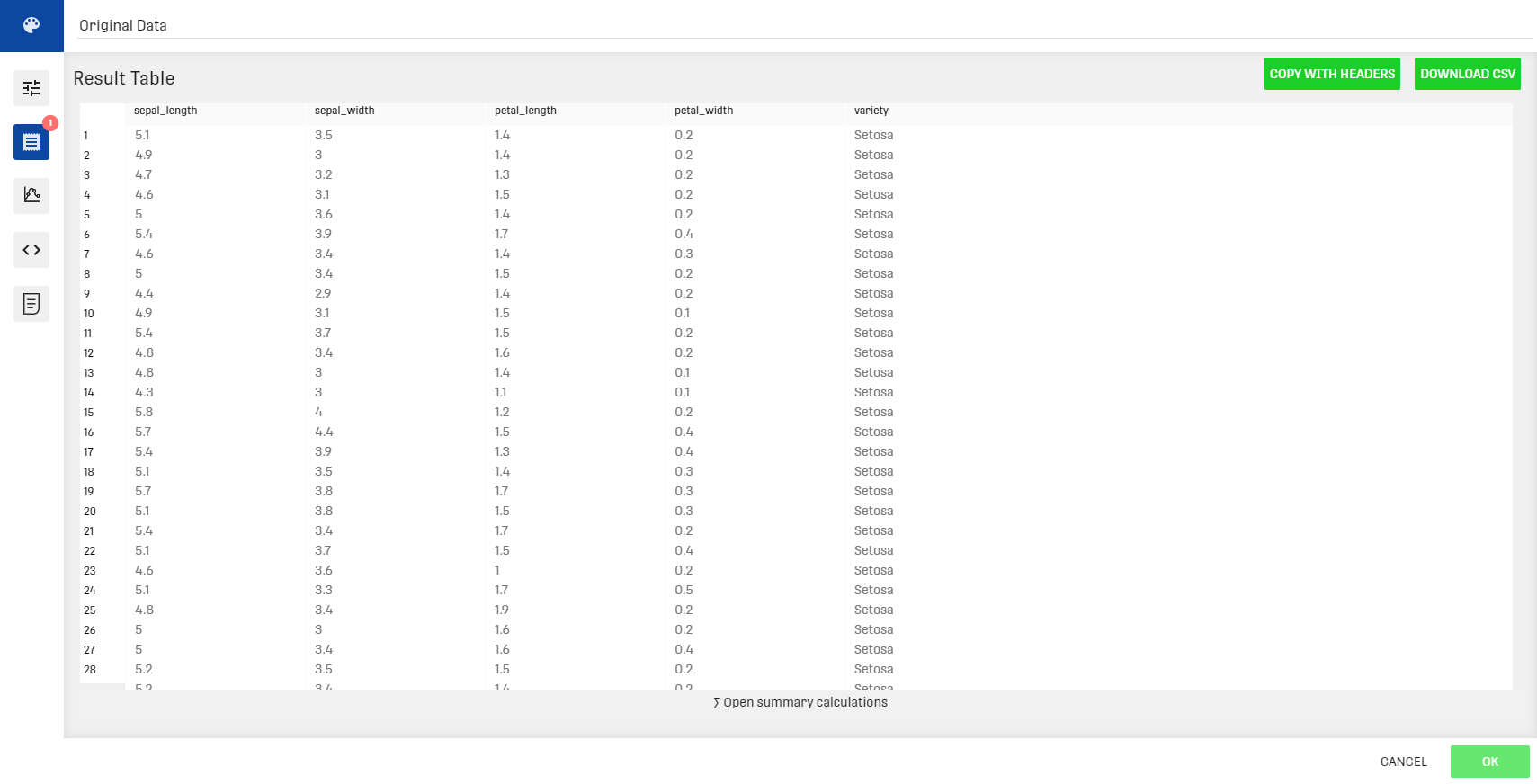 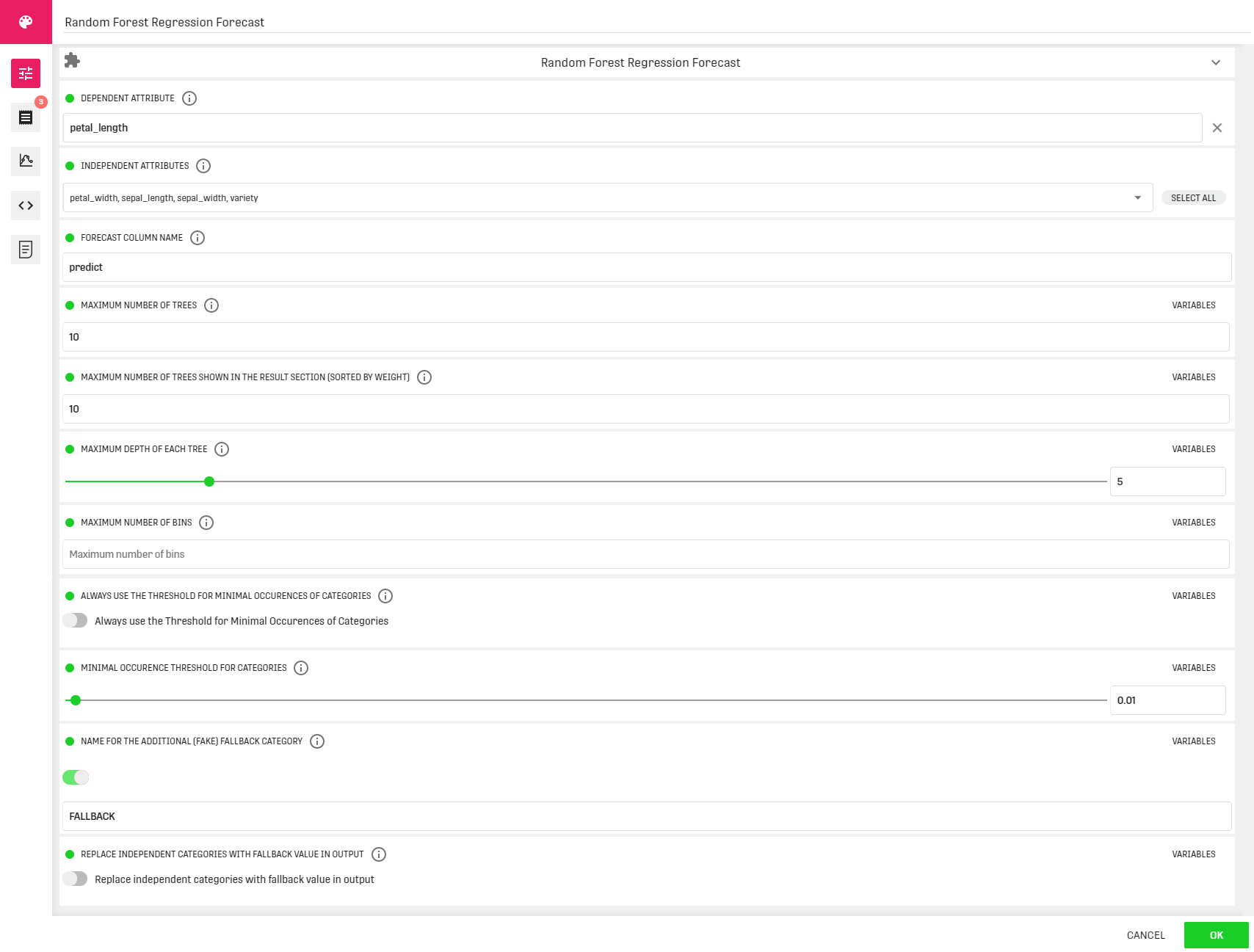 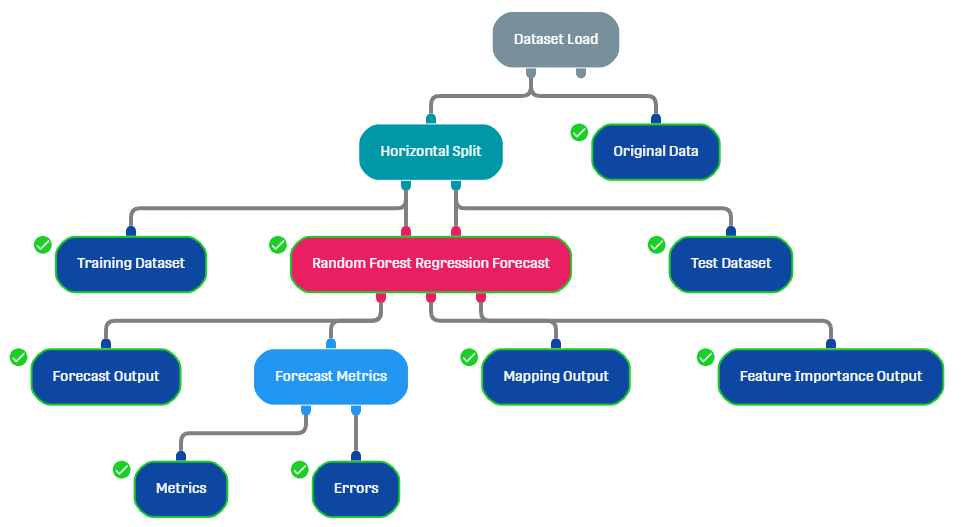 The dataset is split into a training dataset (90%) and a test dataset (10%) using the Horizontal split processor. We also added a Forecast Metrics Processor to be able to evaluate the accuracy of our prediction.

Within the processor, the different decision trees used are displayed along with the corresponding weights.A bar chart of the independent variables presenting the different importance fractions is also displayed in the second tab.