The Grouped Peak Elimination Processor corrects peaks in the dataset by evaluating the deviation of observations from a calculated correction value. If the deviation is too large, a peak is identified and replaced by interpolated values.

The processor requires at least one column with numeric values. 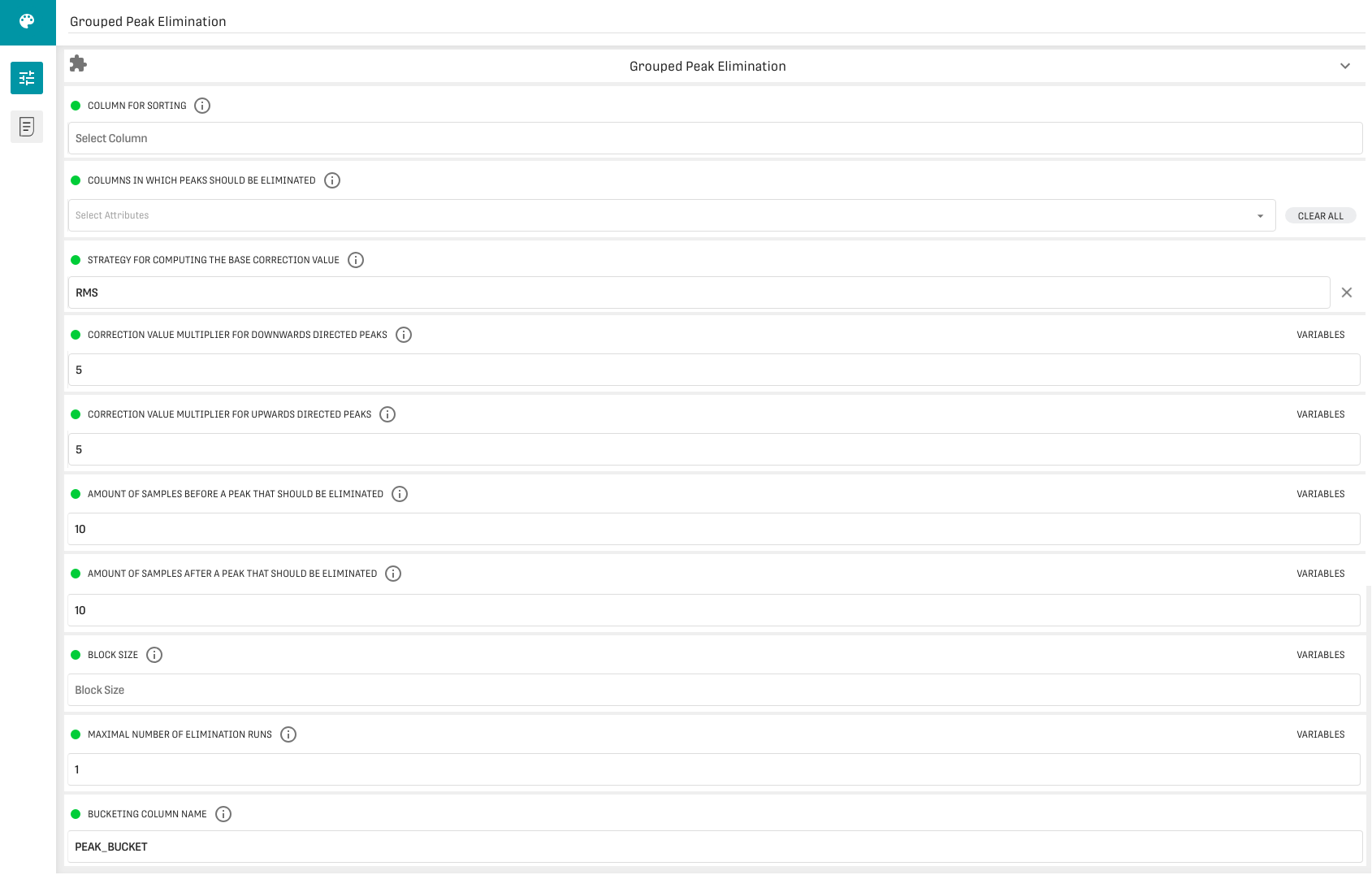 The processor delivers two output tables: The left output table forwards the original dataset with the bucketing column attached (the name of this column is specified in the last configuration field). The right output table returns information on how many values have been corrected in which window.

Furthermore, the processor itself delivers a table containing information on how many values have been corrected and their percentage w.r.t. overall values. 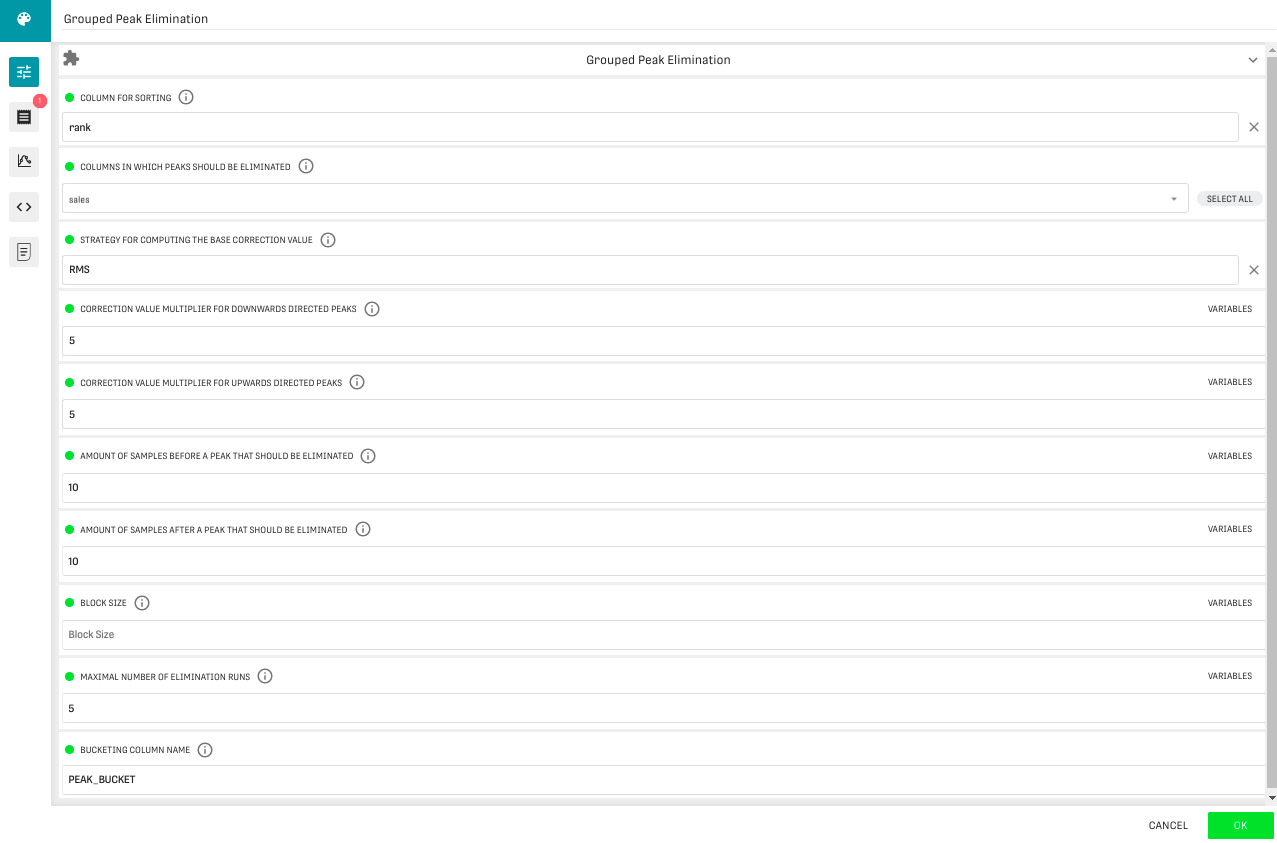 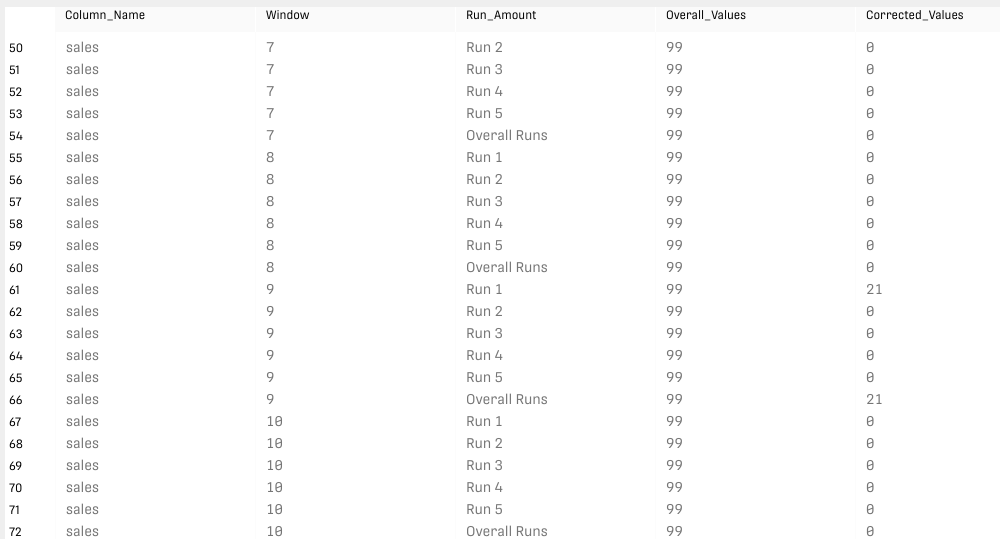