This processor allows to configure a Machine Learning model and build a Spark/mleap pipeline to train then save this model.

The processor has two input nodes:

Note that: the two input sets must match in the schema (Column Names and types) otherwise a Processor Validation Error is generated

To make sure that the training and test datasets have the same schema, the Horizontal Split processor can be used. 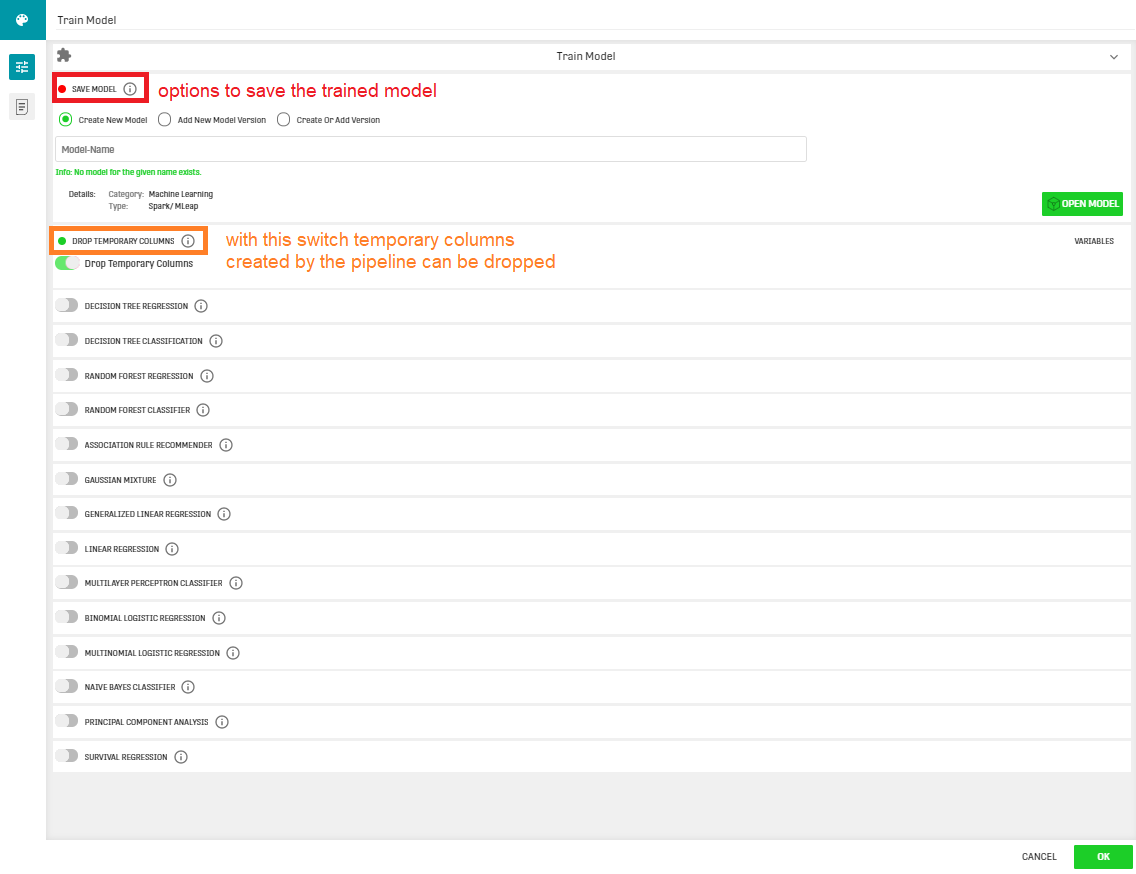 The main purpose of this processor is to train a Machine Learning model and save it. Therefore, the Save Model configuration field is mandatory and offers three possibilities to save the trained model:

NOTE THAT: at least one model configuration has to be provided, otherwise the processor will generate a Processor Validation Error 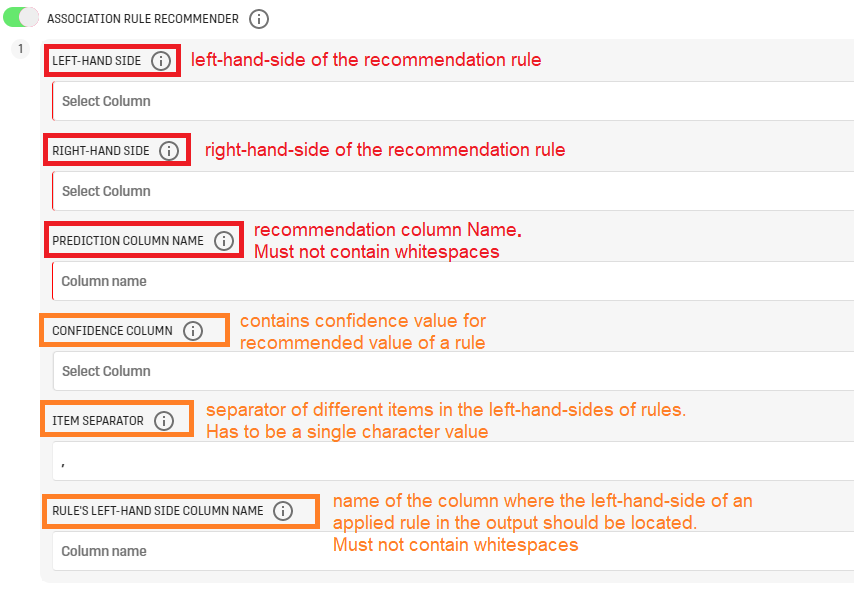 Further documentation about processors related to association rules and recommendation can be found in the related articles section. 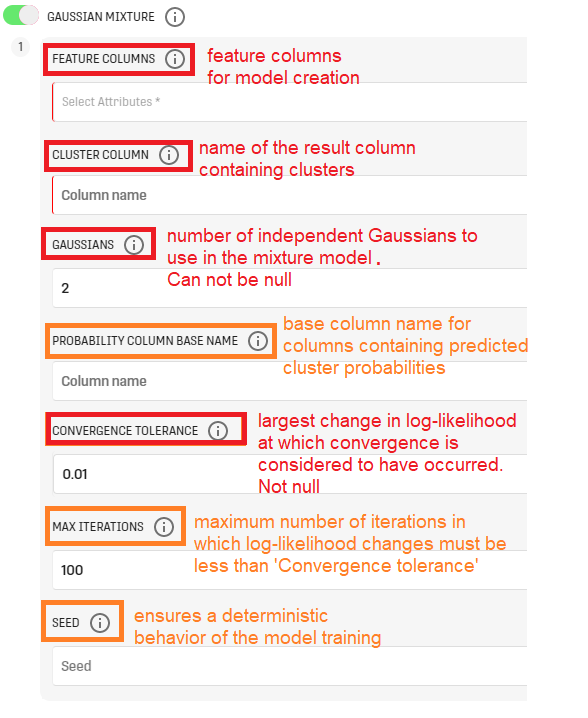 The GLM generalizes linear regression by allowing the linear model to be related to the response variable via a link function and by allowing the magnitude of the variance of each measurement to be a function of its predicted value.

The configuration menu looks as follows: 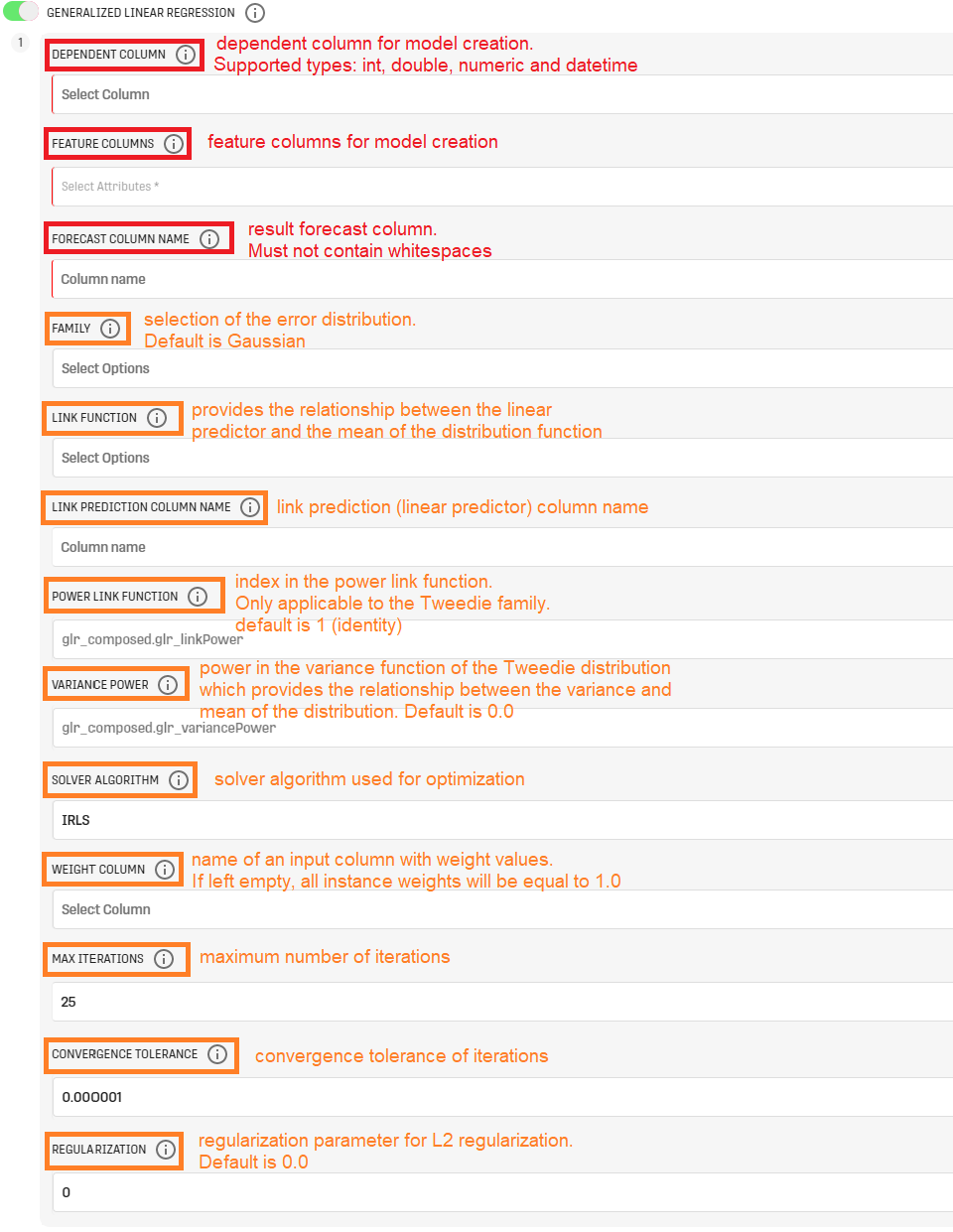 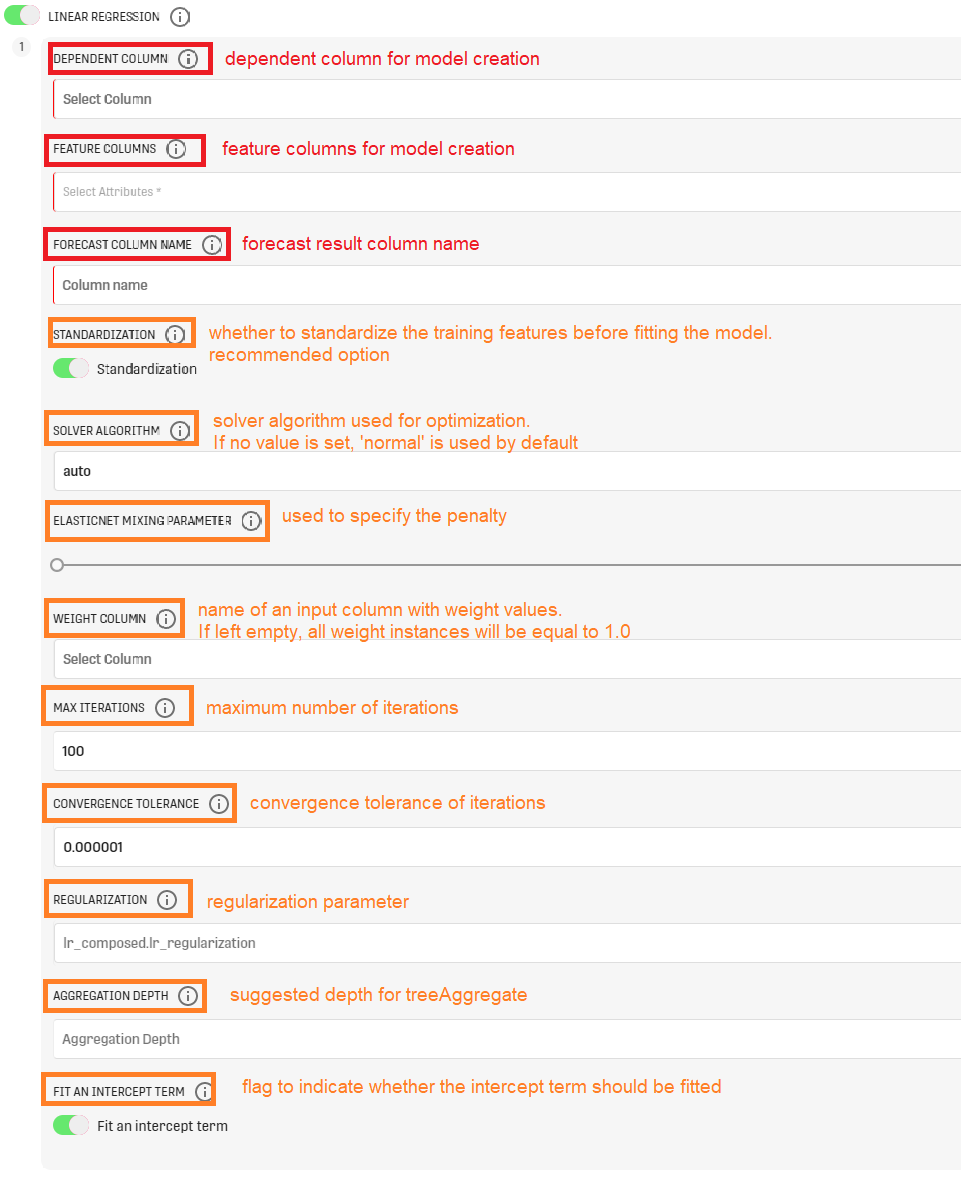 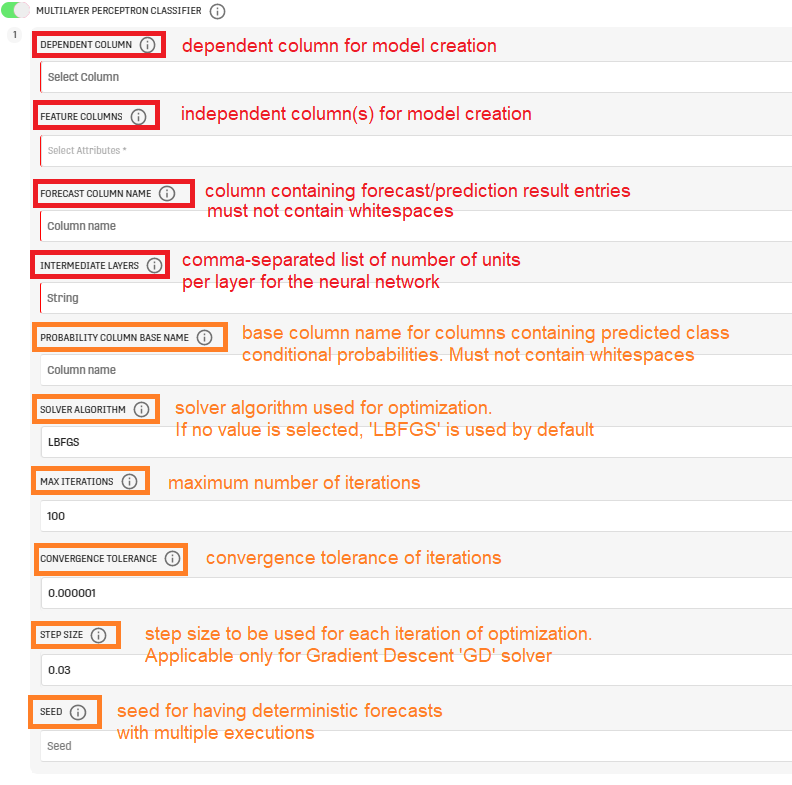 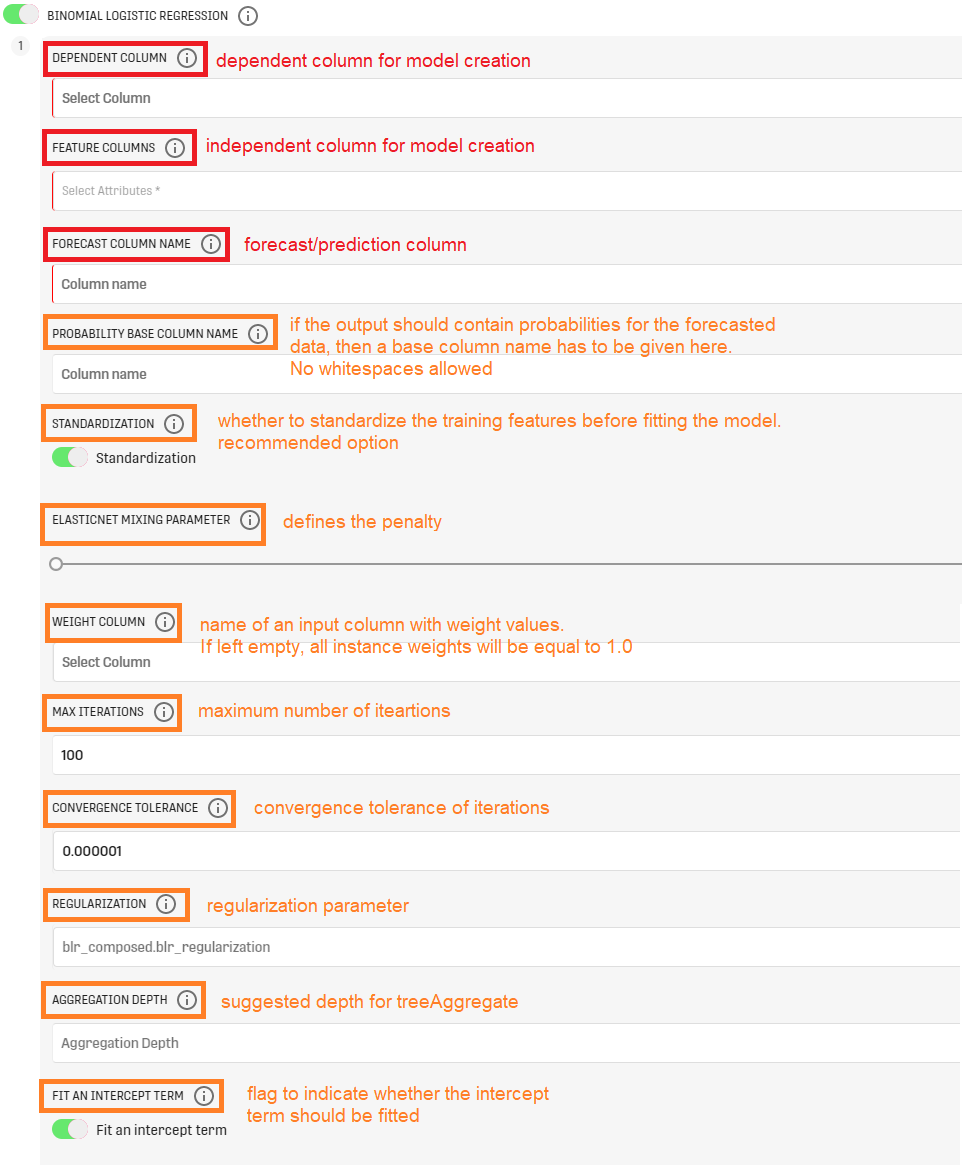 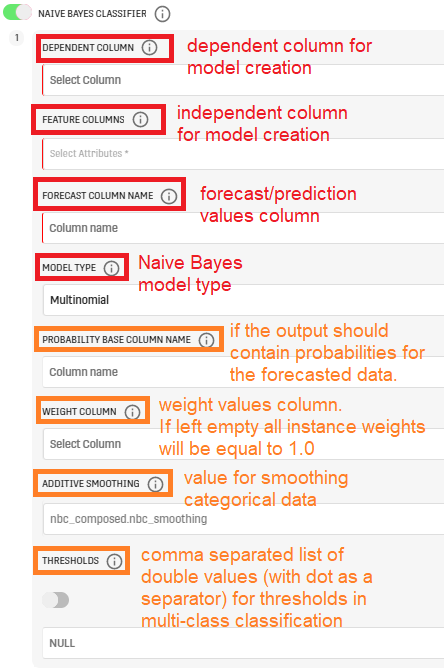 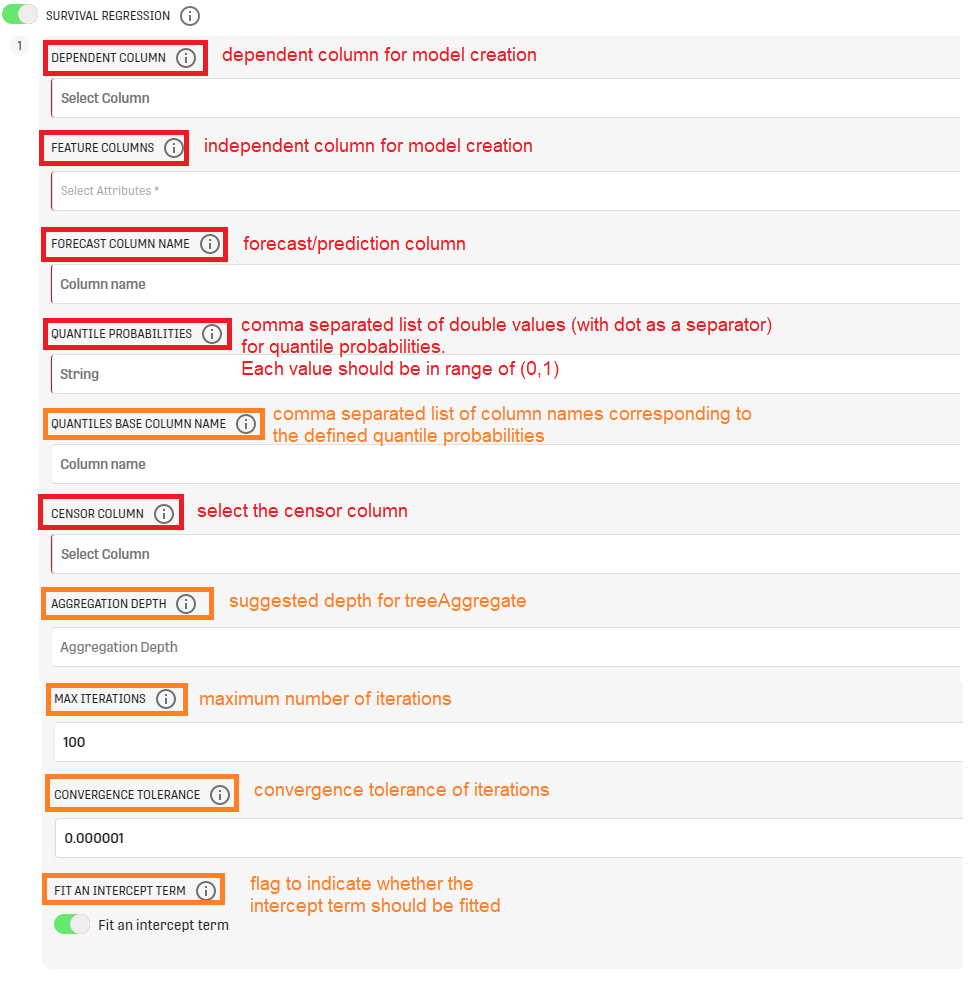 The Processor returns a result table with the input data and the forecasted values. Withing the processor, a JSON object including descriptive details of the saved model is also returned.

Furthermore, a new model/version will be created according to the specified configuration.

In this example a Decision Tree Classification model will be trained on two similar datasets provided by two Custom Input Table processors: 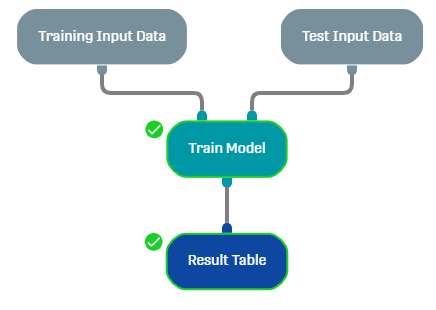 The input training data is the following: 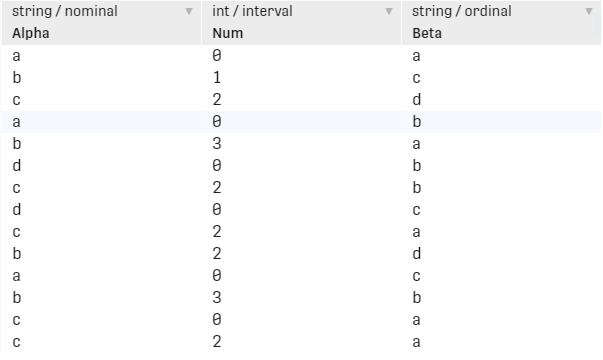 The input test data is the following:

The configuration is the following: 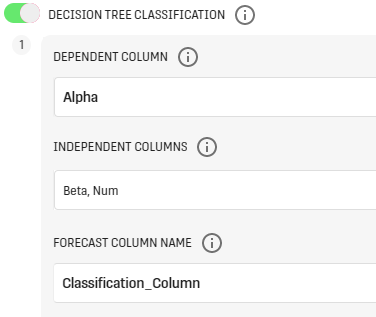 In this example the Train Model processor was used to instantiate and train a Multilayer Perceptron on the Iris Dataset. The Dataset is loaded using the Data Table Load Processor and split into training and test datasets using the Horizontal Split Processor. 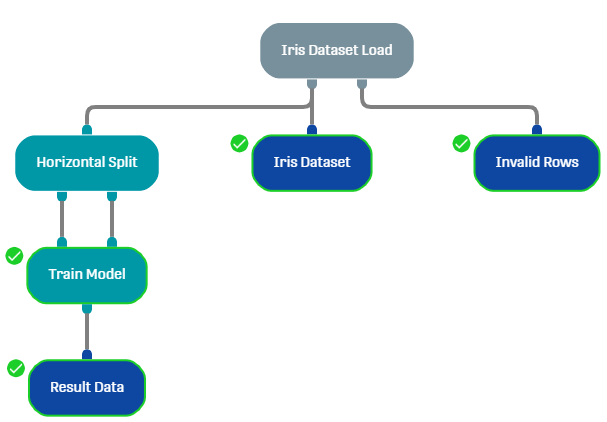 The model is configured as follows: 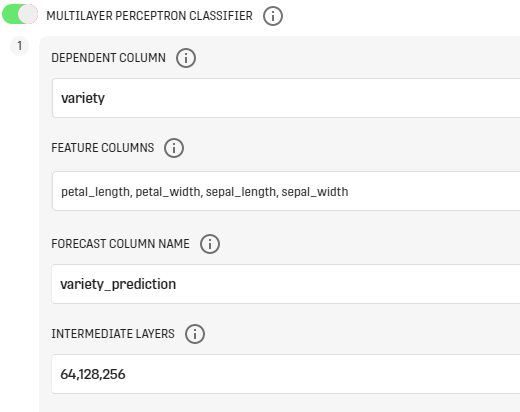 In this example, we created a three layer MLP (aka Artificial Neural Network) where the number of units per hidden layer was 64, 128 and 256 respectively. 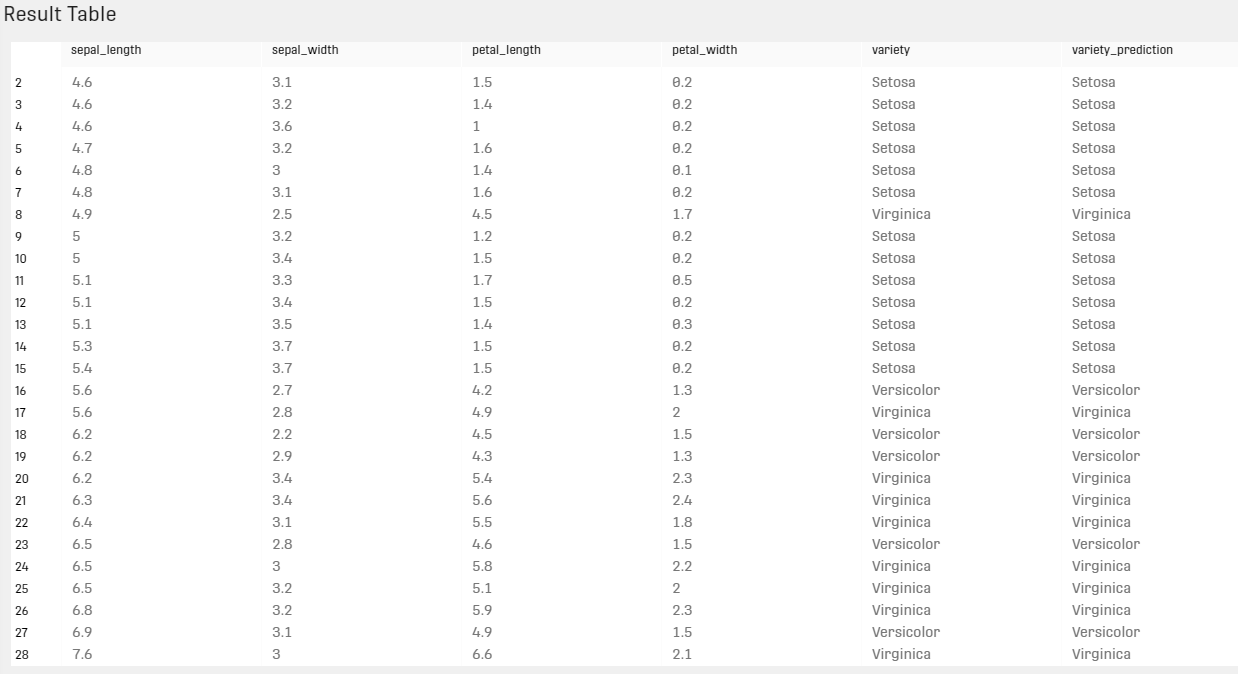