The processor has two types of output:

Two tables containing email information have to be analyzed. 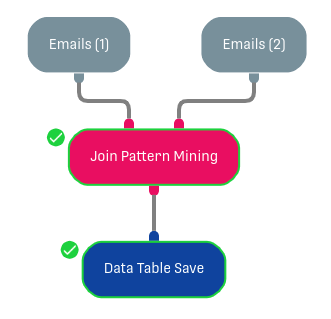 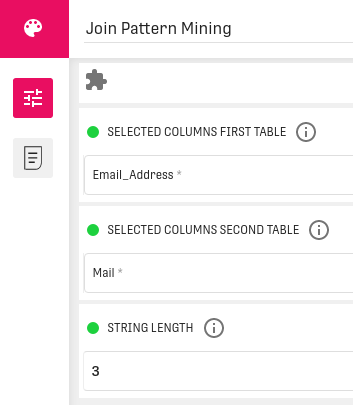 Inspect the result within the Join Pattern Mining Processor by clicking on it.

Two common patterns "@today.com" and "@magic.com" were found, which consist of 10 characters.