Variables in ONE DATA Print

Variables in ONE DATA mainly help to use the different features in a flexible way, by reducing unnecessary navigation and avoid redundant actions. They can also be used to save frequently used or needed values, or else access user information.

System variables can be accessed through a workflow's side navigation bar: 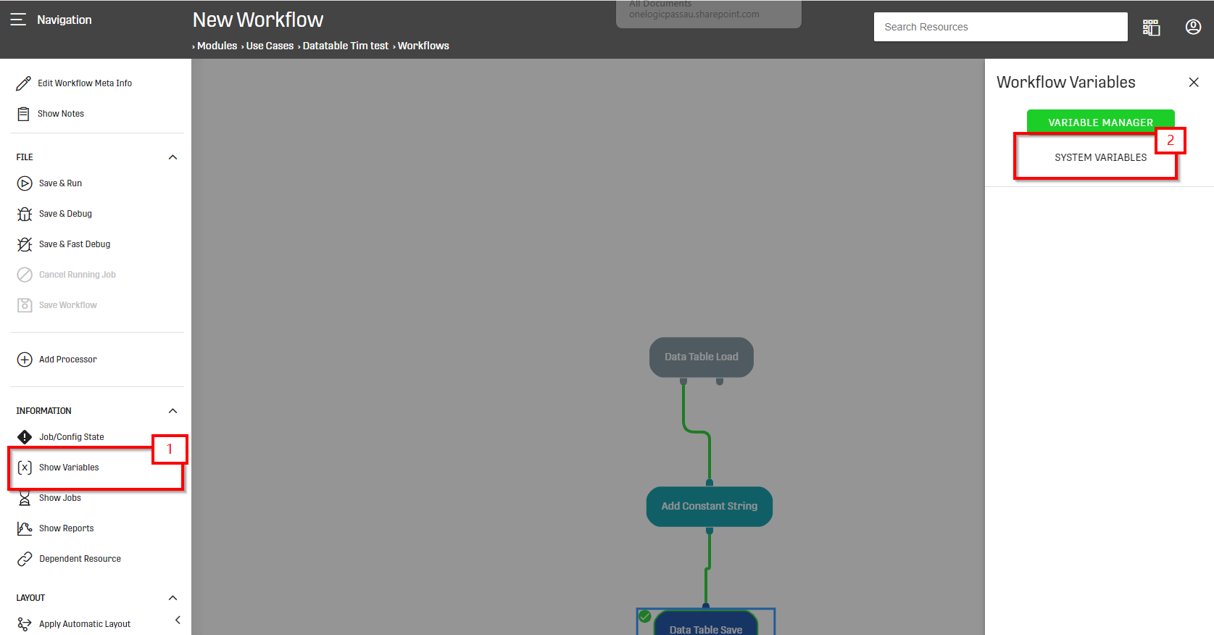 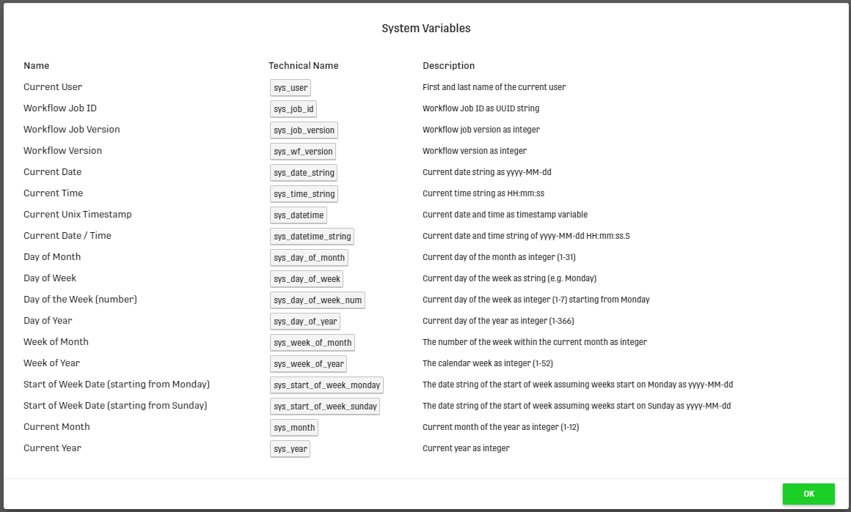 Furthermore, system variables can be used in workflows within certain processor configuration fields or text input fields (e.g. Custom input Table Processor). simply placing the variable technical name between two '@' (e.g. @sys_user@) will replace the the variable by its value.

Another method, is to switch to the variables dropdown and select the corresponding variable (see the following figure). Variable values are updated automatically.

Workflow variables are variables created and set by the user within a certain workflow. They can be accessed through a workflow's side navigation bar: 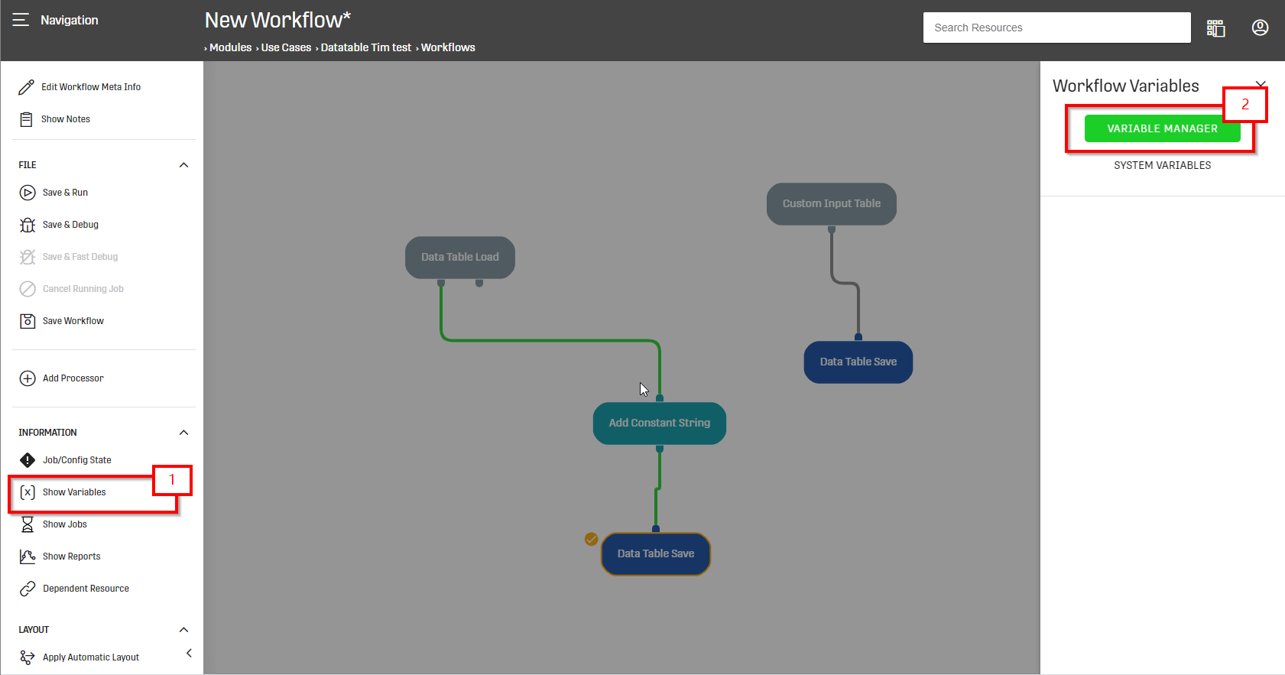 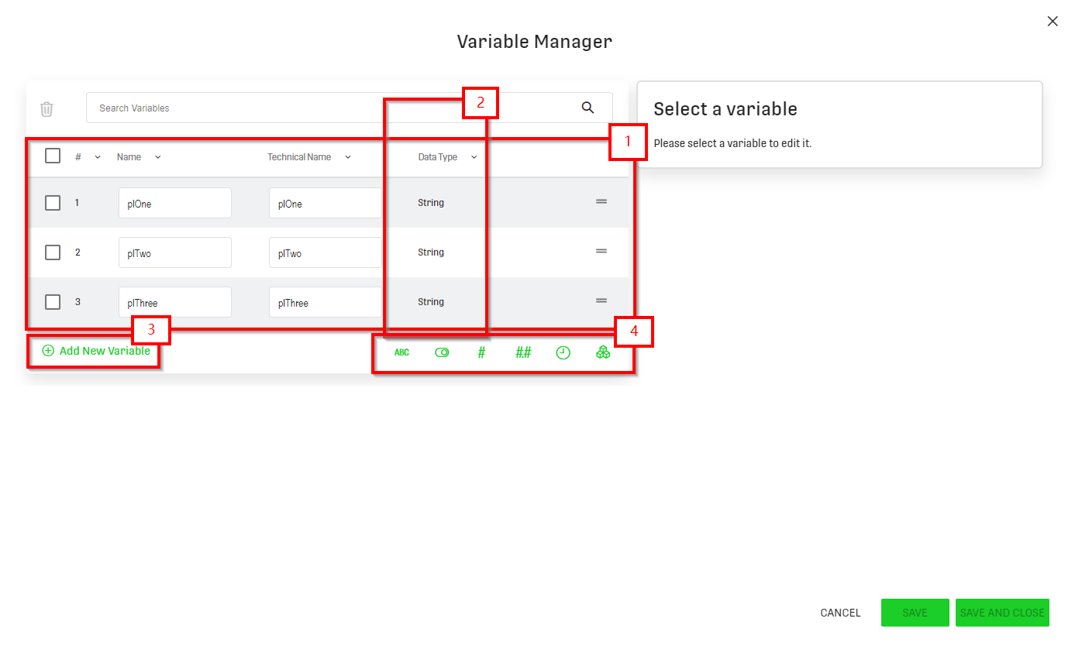 Below the "Data Type" definition, there are three advanced definition possibilities that will be described in the next sections.

Describes the value definition of the variable. There are two options available:

This mode describes in which way the variable value can be defined. There are also two options:

The short video below shows an example for defining the value of two string variables, one with Visualization Mode "Free Text", the other with "Dropdown".

Workflow variables can also be accessed within a workflow report via the variable container.

The user can add a new Production Line variable using one of the buttons for each data type at the bottom. 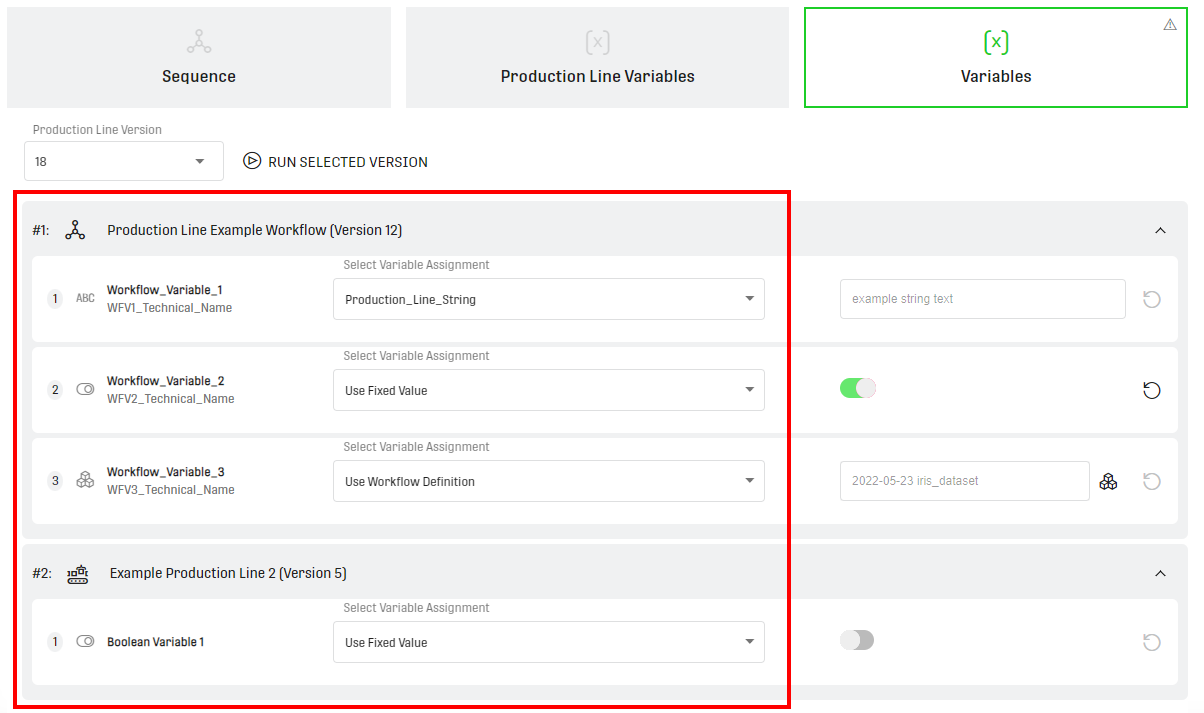 User variables have the main role of handling information about ONE DATA users in Analysis Authorization (under settings). Among the utilities of authorizations is the access customization or access restriction of the user to certain data (columns or values) in data tables. 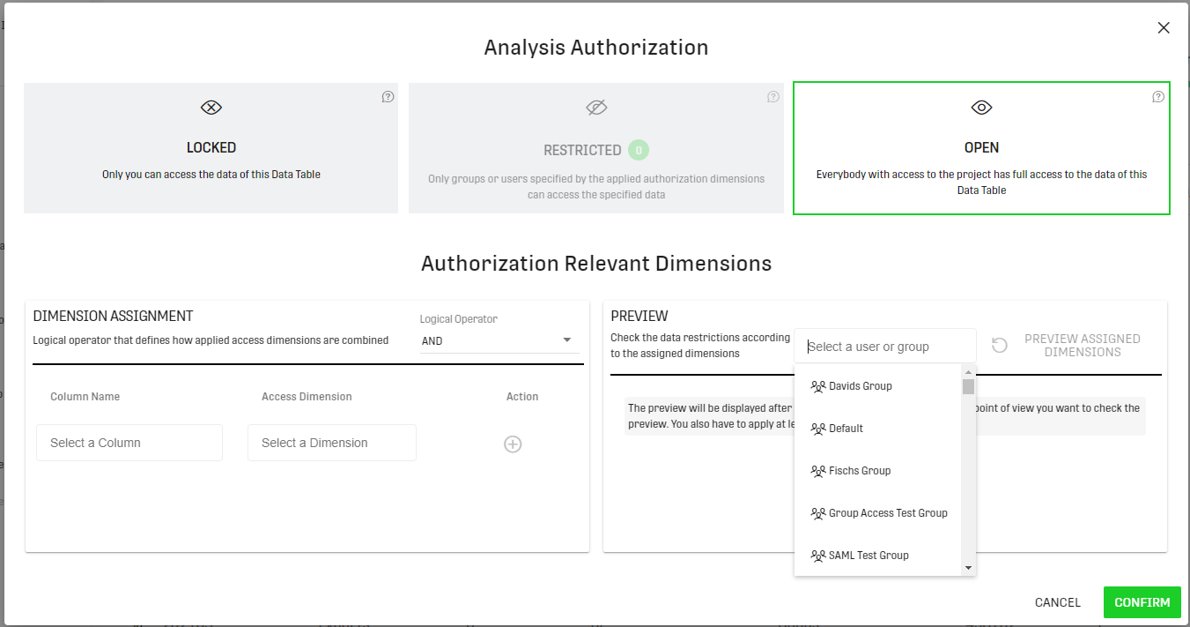 In addition, we can use it to map attributes from outside authentication (e.g. SAML) to a user, such as the user roles in SAML or their preferred language. The mapping between SAML and the user variables needs to be defined by the server admins.