Data Product Transfer is useful for transferring Data Products from a development ONE DATA instance to production instances. The biggest advantage of the feature is that the user can smoothly export, import, and update Data Products without support from DevOps.

Definition of a Data Product

Users Who Can Export Data Products:

Users Who Can Import Data Products:

Any user who can create a Project inside the target Domain can import a Data Product. In addition, the same rights management applies as for Apps: App Builder Module is required and the user must have access to the Apps that are to be exported.

Users Who Can Update Data Products:

Any user who has access to the Project and has READ and WRITE rights for the resources can update the Project.

Where to Find The Functionality

If the user has one of the roles mentioned in the previous section, the export and import functionality can be found at the following places. 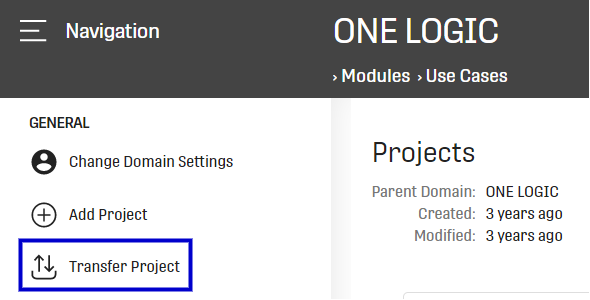 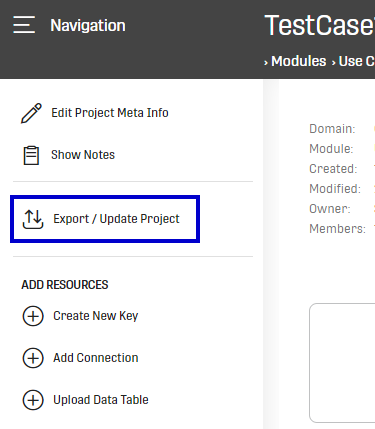 In both cases, the user will be redirected to a new page with the following link: https://{{od-instance}}/transfer/  (Example: https://my-instance.teams.onedata.de/transfer/)

How to Export a Data Product

Go to the transfer page of your current instance either by button or URL (https://{{od-instance}}/transfer/). In the navigation bar on the left, select the export feature.

The Domain from which a Project will be exported can be modified by navigating to the top-right button of the page. 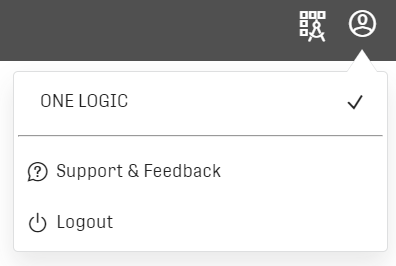 Select the Project to export. Within a Domain, to easily find the correct Project, the "Filter by modules" functionality can be used to narrow down the list of Projects.

There are some configuration fields under "Export Parameters" which need to be completed.

When everything has been configured according to your needs, click the "Export" button. The Project will then be automatically exported in ZIP format, with all the used resources.

The ZIP archive will include all Apps that are associated to the Project and visible to the current user. The following versions of each App are included in the export:

The association of an App to a Project can be configured in the App's settings.

How to Import a Data Product

Go to the transfer page of your current instance either by button or URL (https://{{od-instance}}/transfer/). In the navigation bar on the left, select the import feature. 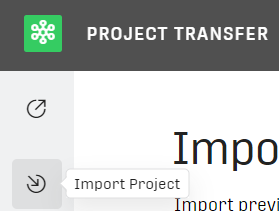 The Domain to which a Project will be imported can be modified by navigating to the top-right button of the page.

Select the target module from the drop-down.

Afterwards, choose a ZIP file using one of the two options and hit the "Import Project" button. 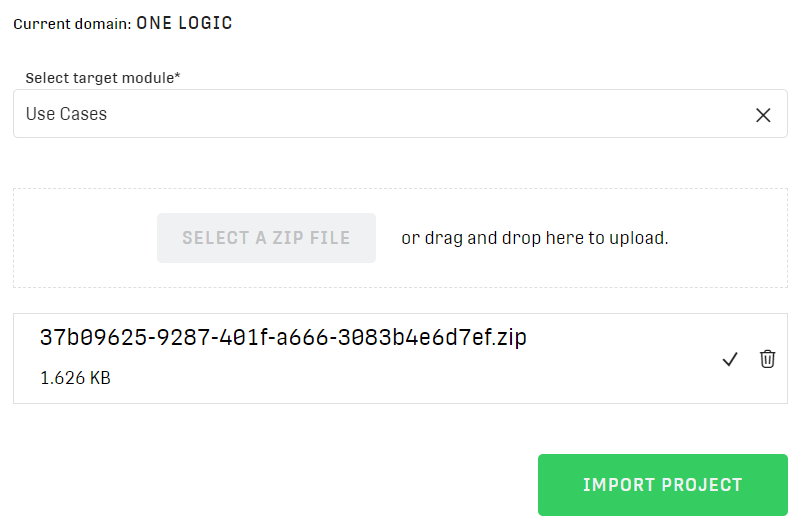 The user will then be informed by a small pop-up when the import procedure takes place and when it is done. The imported Project will be added to the selected Domain.

In some cases, importing a Project with specific resource dependencies can result in warnings. The user will then be informed about these warnings right after the import is done. The warnings can be downloaded in text format. These could be warnings about failed imports or resources that need adaptations, like File System Connections or Credentials.

How to Update a Data Product

1. Open the transfer page of your current instance either by button or by URL (https://{od-instance}/transfer/), then select the update icon (navigation bar on the left).

2. Select Domain, Module, and the Project that will be updated, then click on NEXT button.

3. Select (or drag-and-drop) a ZIP file that is to be uploaded and click on NEXT button.

4. Configure the Update Instructions and click on UPDATE PROJECT button.

5. The user will be informed about both successful or failed imports (and other logs).

Example Scenario of the Export/Import Feature

Here you can see a step-by-step scenario: A Project was first exported from the A-Team instance and then imported into the Internal instance.

After the extraction procedure has successfully been executed, a ZIP file will be downloaded. This file has a specific format: 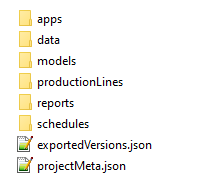 Every resource type is assigned a folder (data, models, productionLines, etc.).There are two other JSON files:

Within each resource folder we have a list of folders representing the resources that are included in the 'parent' folder. Each folder contains meta information of the selected resource and potentially other files. All files are in JSON format, which is very handy for the export procedure.

The structure of the Apps folder is as follows: 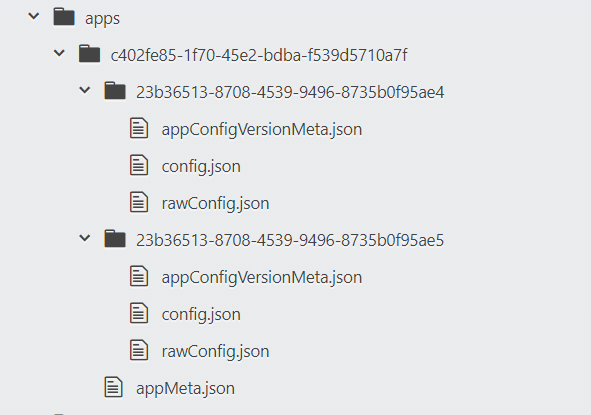